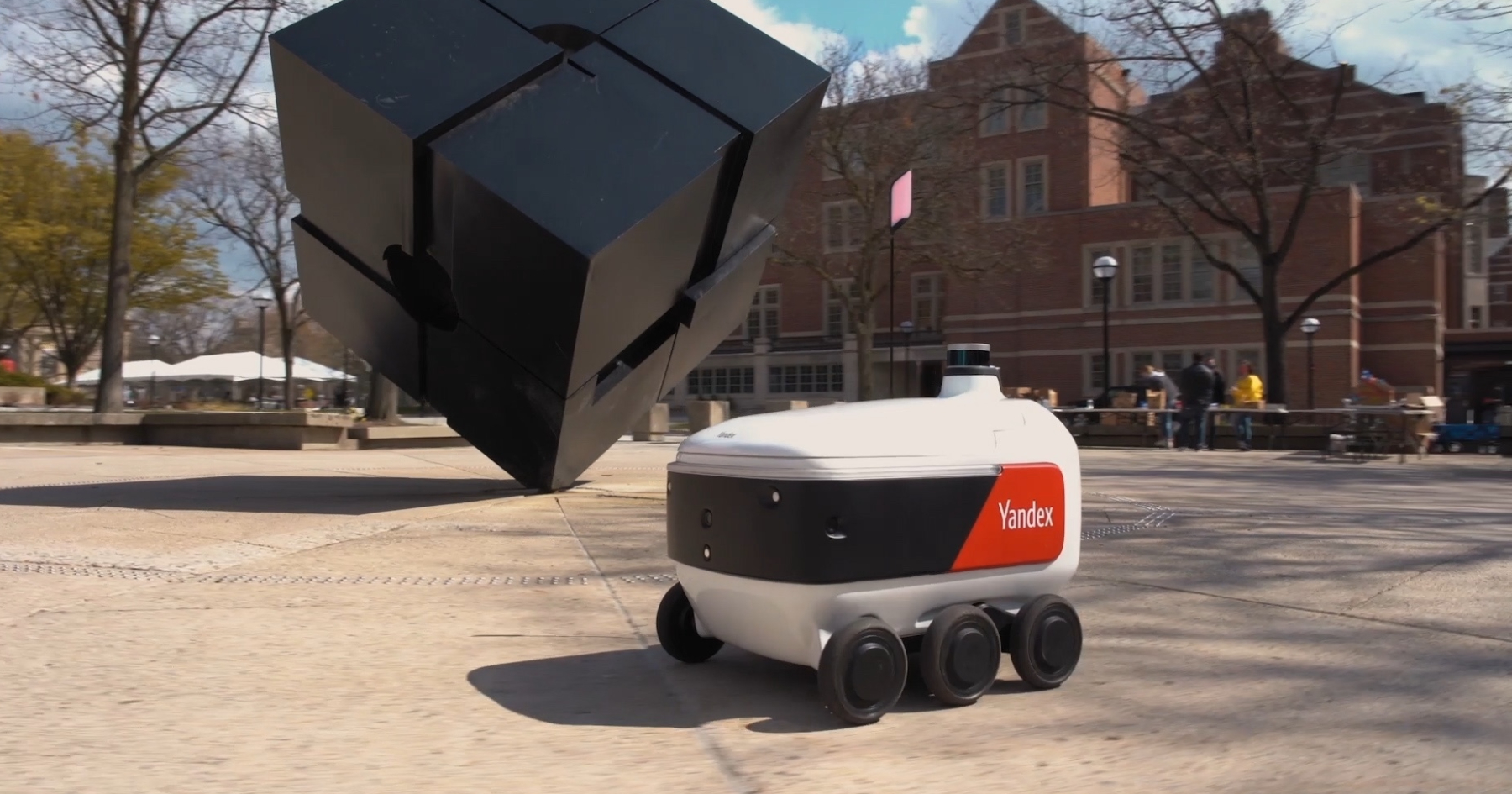 Welcome to RB’s weekly roundup of the latest in restaurant technology. To get this and other tech news sent right to your inbox every Wednesday, click here.

Robot delivery has been building steam recently, with a handful of high-profile pilots in progress from chains like Domino’s and Chick-fil-A.

But the true testing ground for this futuristic technology could be the college campus.

Think about it: On city streets, autonomous robots have a lot to navigate: busy intersections, people, cars, etc. On a college campus, there are fewer obstacles, so the service works better and more safely.

“It all comes down to complexity,” said Diego Varela, COO of robot delivery company Kiwibot, which is intently focused on the campus use case for its four-wheeled, semi-autonomous bots.

There’s also the matter of efficiency. It makes more sense for a car to fulfill a delivery of 2 to 4 miles than a robot, Varela said. But for deliveries of 1 mile or less, like those on a college campus, the fixed costs of traditional delivery make that job much more expensive. That’s where robots can fill a need.

“There’s definitely an opportunity to upgrade [college] foodservice, and I think robot delivery could be an option,” Varela said.

Grubhub is the latest company to launch robots on campus, partnering with Russia-based tech company Yandex to use its autonomous rovers to make deliveries. Starship Technologies is another robot delivery company that is focused mainly on colleges.

As for broader adoption of robot delivery, it could be a long way off.

“I certainly think that these are futuristic. I don’t think it’s anything near-term,” said Lauren Silberman, restaurant analyst with Credit Suisse, in an interview last month. “I just don’t think that the tech is there or the regulations are there.”

Another restaurant group is accepting bitcoin. B. Hospitality, which operates five restaurants in Chicago, will use cryptocurrency payment processor BitPay to allow guests to pay with bitcoin, bitcoin cash, wrapped bitcoin, ethereum and dogecoin, along with several forms of stablecoin, which is crypto linked to U.S. currency. BitPay will convert those payments to dollars.

A number of restaurants, most notably the Landry’s group, have begun accepting bitcoin and other forms of crypto in an effort to give customers more flexibility in how they pay. Investment in cryptocurrency has surged recently, but overall adoption in the U.S. remains low.

Ritual is buying a contact tracing company. The Toronto-based online ordering company last week said it had acquired AllChecked.in, a QR code-based platform that allows restaurant guests to check in, log their contact information and complete a health screening.

Restaurants may use that information to work with local health departments investigating the spread of COVID-19. AllChecked.in will be available in all of Ritual’s markets, including the U.S.

“Together with Ritual, we’re committed to help restaurants adapt to local restrictions and welcome back diners safely,” said Curtis Lush, co-founder and CEO of AllChecked.in, in a statement.

Oracle is buying an online ordering company. The global software giant with operations in the food and beverage industry acquired Bucharest-based GloriaFood, adding online ordering and marketing tools to the company’s MICROS Simphony POS platform for restaurants. Restaurants, particularly independents, can use GloriaFood to build websites and apps and accept online payments. Terms of the deal were not disclosed.

In case you missed it …

Restaurants are tired of answering the phone. Here’s what they’re doing about it.

Grubhub is guaranteeing its deliveries will be on time, and at the lowest price.