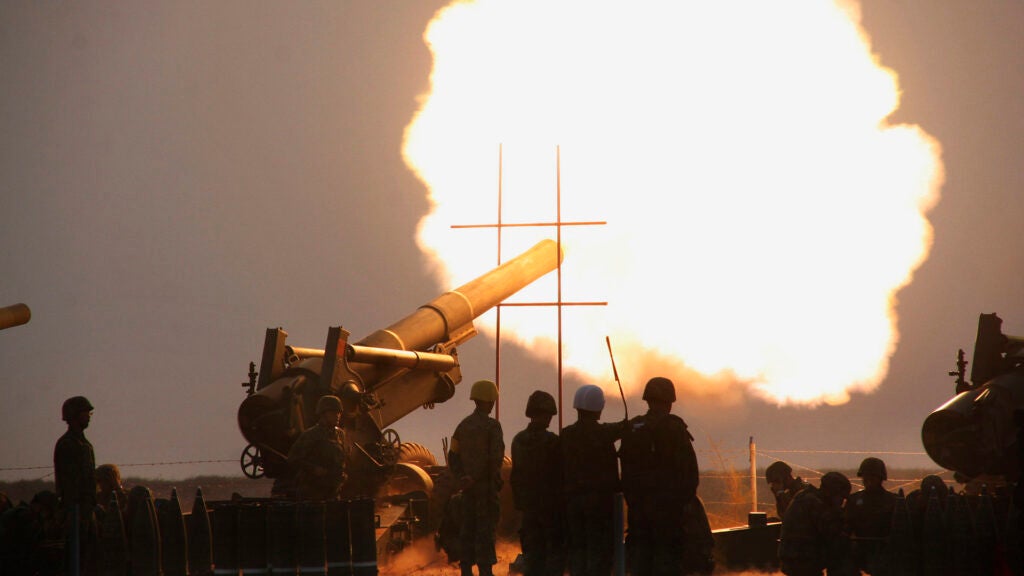 If the United States and China get into a shooting war, there is a good chance it would start in Taiwan, which the Chinese communists view as a renegade province.

It’s no secret that China has long wanted to conquer the island nation, where nationalist forces retreated in 1949 after losing to the communists in China’s civil war. The U.S government provides Taiwan with military equipment, much to China’s chagrin.

After the State Department announced on Aug. 4 that the U.S. government is selling Taiwan $750 million worth of weapons, including 40 155mm M109A6 Medium Self-Propelled Howitzer Systems, a spokesman for China’s foreign ministry said the weapons sale “severely jeopardizes China-US relations” and sends the wrong message to “Taiwan independence” forces.

“China will resolutely take legitimate and necessary counter-measures in light of the development of the situation,” the spokesperson said.

Should the United States and China go to war, U.S. troops would face combat on a scale not seen since World War II.

“There are three significant challenges the PLA [People’s Liberation Army] could pose to U.S. forces seeking to respond to an attack on Taiwan: hypersonic cruise missiles launched both at sea and from shore bases against U.S. warships; cyberattacks against the U.S. command and control networks (including against space-based systems); and offensive strikes against forward U.S. Pacific bases, including Guam,” said retired Navy Adm. James  Stavridis, who served as NATO’s Supreme Allied Commander from 2009 to 2013.

“Such attacks would significantly raise the stakes for Beijing, and their calculus at the moment leans against such a confrontation,” Stavridis continued. “Over time, that deterrent effect may be reduced if the U.S. does not invest in systems to counter.”

Indeed, Air Force Gen. John Hyten, vice chairman of the Joint Chiefs of Staff, was reportedly so appalled at how badly the U.S. side lost during a war game that looked at a Taiwan scenario that he has ordered the military to rethink its entire joint warfighting concept.

It is important to note that while the U.S. military is training and preparing in case it is called upon to defend Taiwan from a Chinese invasion, the United States is not treaty-bound to come to Taiwan’s aid if it is attacked.

Since 1979, U.S. relations with the island nation have been governed by the Taiwan Relations Act, which somewhat ambiguously states the U.S government would “consider any effort to determine the future of Taiwan by other than peaceful means, including by boycotts or embargoes, a threat to the peace and security of the Western Pacific area and of grave concern to the United States.”

That could give the U.S. government the option of imposing sanctions on China and taking other non-military actions in response to a Chinese invasion of Taiwan, said Bonnie Glaser, director of the Asia Program at the German Marshall Fund of the United States.

“In a hypothetical scenario in which a president of Taiwan took an action that was seen by the U.S. as potentially destabilizing, such as holding a referendum on revising the constitution so the language suggested that Taiwan is not part of China, and if the U.S warned the president not to take that action, but he/she went ahead and did it anyway, the U.S. might decide not to intervene militarily,” Glaser said.

She also noted that the Taiwan Relations Act requires the president to work with Congress on how to respond to any threat to Taiwan and U.S. interests. 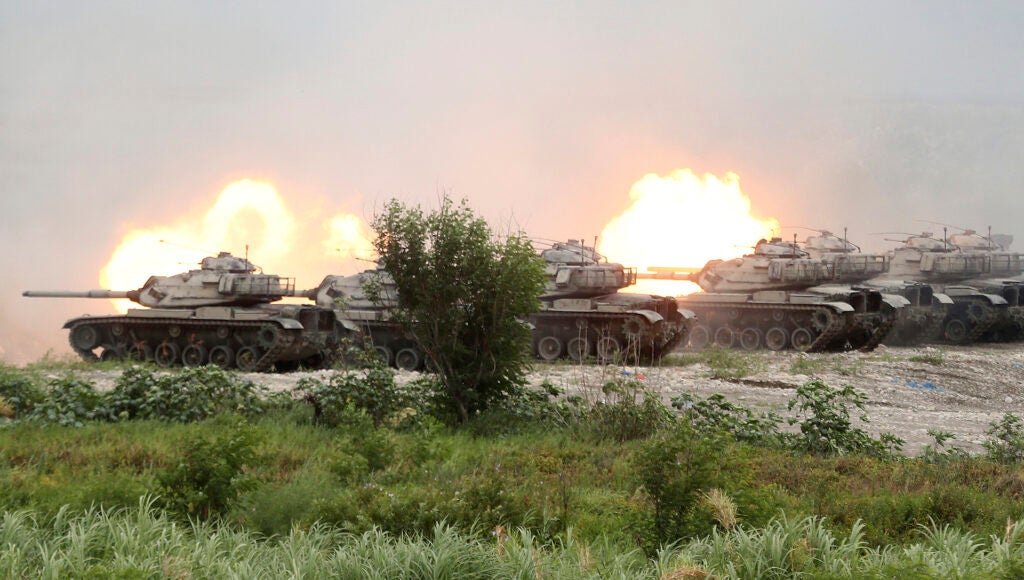 If China decided to invade Taiwan, it would likely try to conquer the island before U.S. leaders decided whether to launch a military response, said Scott W. Harold, a senior political scientist at the RAND Corporation.

Alternatively, China could take a page from Japan’s 1941 playbook and attack the United States first by hitting bases in the Asia-Pacific region – possibly including Okinawa, Guam, Hawaii, Alaska, and even San Diego, Harold said.

In a war over Taiwan, the People’s Liberation Army would have the advantage of operating closer to home and they would be able to bring more weapons to bear against Taiwan’s military, he said.

But the Chinese military has never waged a war in which all military components have fought as a joint force, while the U.S. military has fought many such wars over the past 30 years, Harold said. 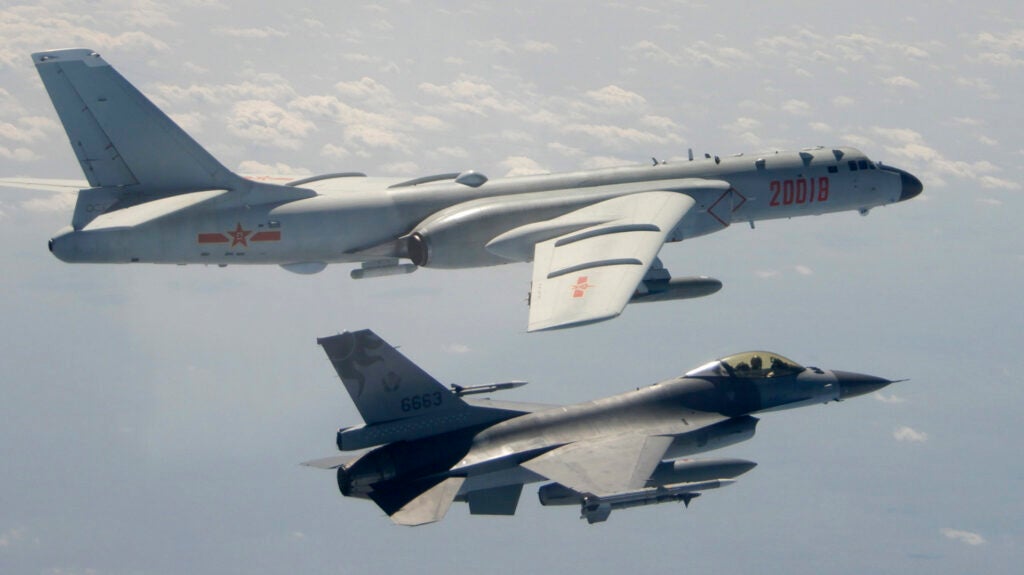 Additionally, Chinese troops would have to steam for several hours to get across the Taiwan Strait, during which time their invasion vessels would be vulnerable to aircraft, cruise missiles, submarines, and mines. Once the Chinese troops reached Taiwan, they would come in range of the island’s defenses, including the self-propelled howitzers that the U.S. government just sold the Taiwanese.

Also, the longer a war between China and the United States lasts, the more likely that America’s allies in the region and in Europe will get involved, he said.

Meanwhile, the United States would face major logistical challenges as it tried to move vast quantities of precision guided munitions, fuel, spare parts, and other vital supplies across the vast distances in the Asia-Pacific region, Harold said. These supply issues would be compounded by the fact that the U.S. military relies on private contractors that are more vulnerable to Chinese cyberattacks than the Defense Department.

Getting to the fight would also be perilous because the Chinese have sophisticated anti-ship and air defense systems with ranges of up to 1,000 nautical miles, he said. 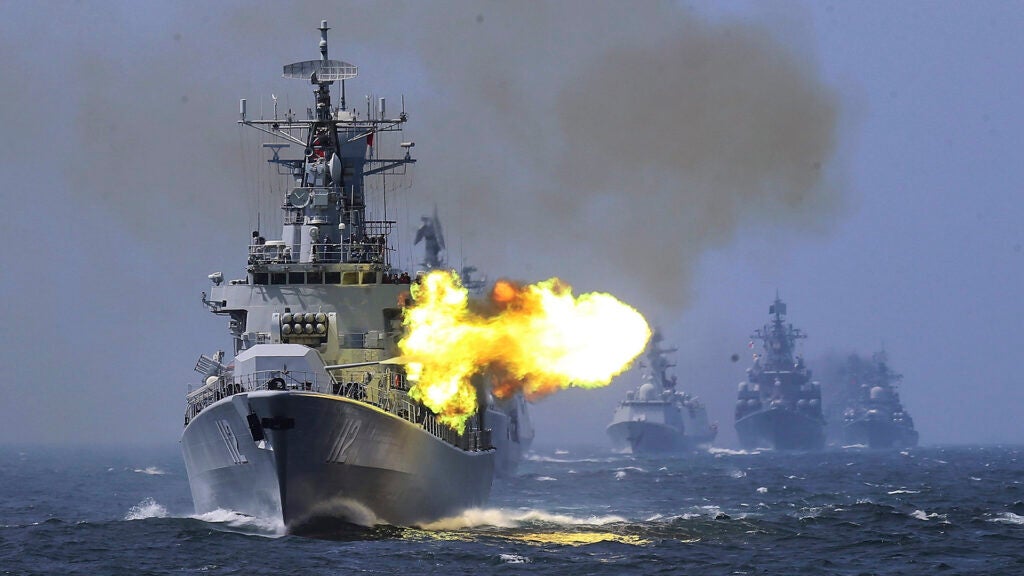 In a war over Taiwan, the U.S. military’s naval and air forces would be heavily engaged while Taiwan would be expected to provide most of the ground forces, said Dean Cheng, an expert on Chinese military and foreign policy with the Heritage Foundation think tank in Washington, D.C.

Unlike any opponent U.S. troops have faced this century, China has extensive surveillance capabilities including spy satellites, so the Chinese military would be able to track and possibly destroy U.S. warships on their way to the Taiwan Strait, he said,

China has a vast arsenal of highly sophisticated weapons that it can use against American forces, including anti-ship missiles, cruise missiles, and submarines, Cheng said. The resulting number of killed and wounded U.S. troops would be immense, especially if the Chinese attacked an aircraft carrier. 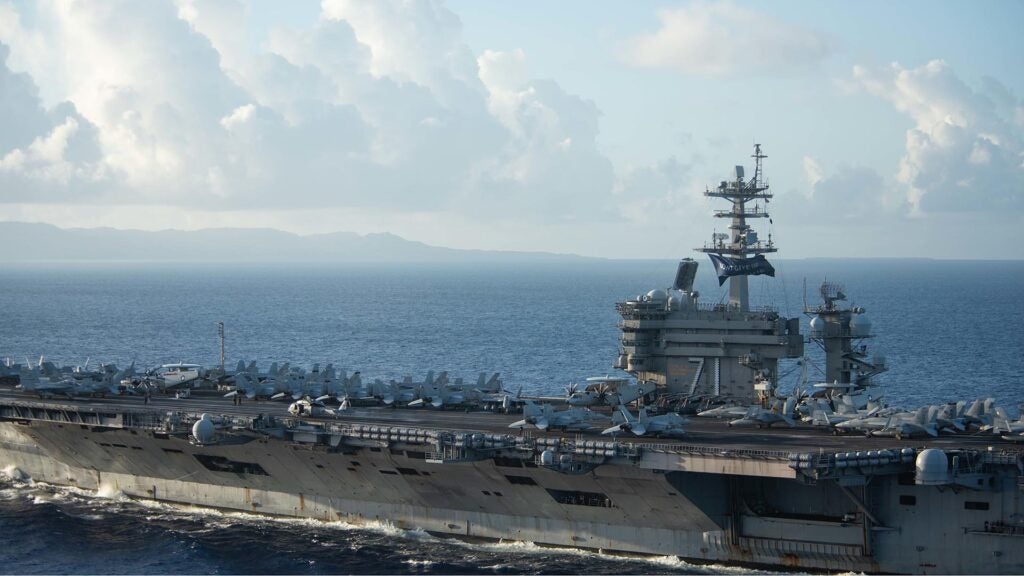 “One carrier has 5,000 people on it,” Cheng said. “So, even a mission kill – you don’t sink it, you just screw up the entire topside – you’re probably talking hundreds of casualties, if not more. So, yes, we are talking about lots and lots of casualties.”

But mounting casualties could also affect the morale of China’s civilian population because every member of the People’s Liberation Army killed would likely be an only child, he said. From 1979 until 2015, Chinese families were not allowed to have more than one child.

“Every casualty is going to produce at a minimum two parents and four grandparents who just lost their old age care,” Cheng said. “That’s huge; and yes, they will have died to unify the motherland – when it’s your only grandson; when it is your only daughter who is dying, how well does that go over? We don’t know.”