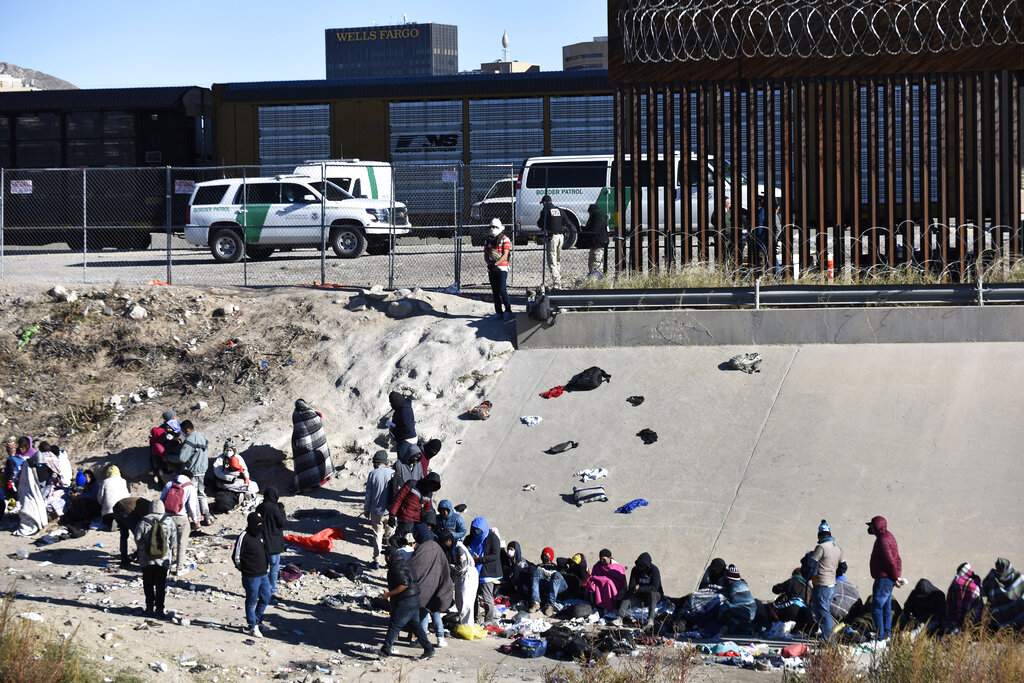 President Biden was furious over the influx of migrants at the U.S. southern border early in his administration, according to a new book about the Biden White House.

Chris Whipple’s “The Fight of His Life: Inside Joe Biden’s White House” described that Biden’s aides have never seen him as angry as he was over the border crisis in the first six months of office.

“[I]llegal immigrants kept arriving. And Biden was furious,” Whipple wrote, according to a copy of the book obtained by The Hill. “From all over the West Wing, you could hear the president cursing, dropping f-bombs (he’d always apologize when women were present).”

“It was just the frustration of a lack of solutions,” a senior adviser said, according to Whipple. “It’s like, ‘how would you feel if you were me and these were the solutions you had?’ It’s the weight of the presidency, right?”

Biden had already tasked Vice President Harris with tackling root causes of the crisis, which led to harsh criticism of her. Harris received tough reviews when she visited Guatemala and Mexico in June 2021 and she was bashed for an interview with NBC’s Lester Holt, during which she said, “I haven’t been to Europe” when he pointed out that she hasn’t visited the border.

Advisers to Harris told Whipple that the Republican’s criticism of Harris’ handling of the migrant crisis was part of their desire to “make her gone.”

“I think there is a definite targeting of the vice president that has nothing to do with her assignment,” said a senior adviser, according to Whipple. “And it has everything to do with who she is and the desire by some in the right wing to make her gone.”

Another senior adviser said the media is unfair to Harris and called it “the unicorn in a glass box” syndrome.

“Kamala Harris is unique to so many people. They’d never seen anybody like her before. So they don’t know how to treat her,” she explained, according to Whipple.

Biden himself called Harris “a work in progress” to a friend a few months into the presidency, Whipple wrote. The president was “annoyed” that second gentleman Doug Emhoff complained about Harris’ portfolio after she had “begged him for the voting rights assignment.”

Other Harris allies complained Biden had set her up for failure with the assignment to examine the root causes of migration.

“Her portfolio is trash,” Bakari Sellers, a former South Carolina legislator, told Whipple. He blamed Biden for giving her “a portfolio that’s not meant for [her] to succeed.”

Excerpts from the book come as the Supreme Court ordered the Title 42 border policy must remain in place. In a 5-4 vote, the high court on Tuesday reversed an order from a federal judge in Washington, D.C., who ruled last month that the Trump-era border policy must end.

“The Fight of His Life: Inside Joe Biden’s White House” will be released on Jan. 17.