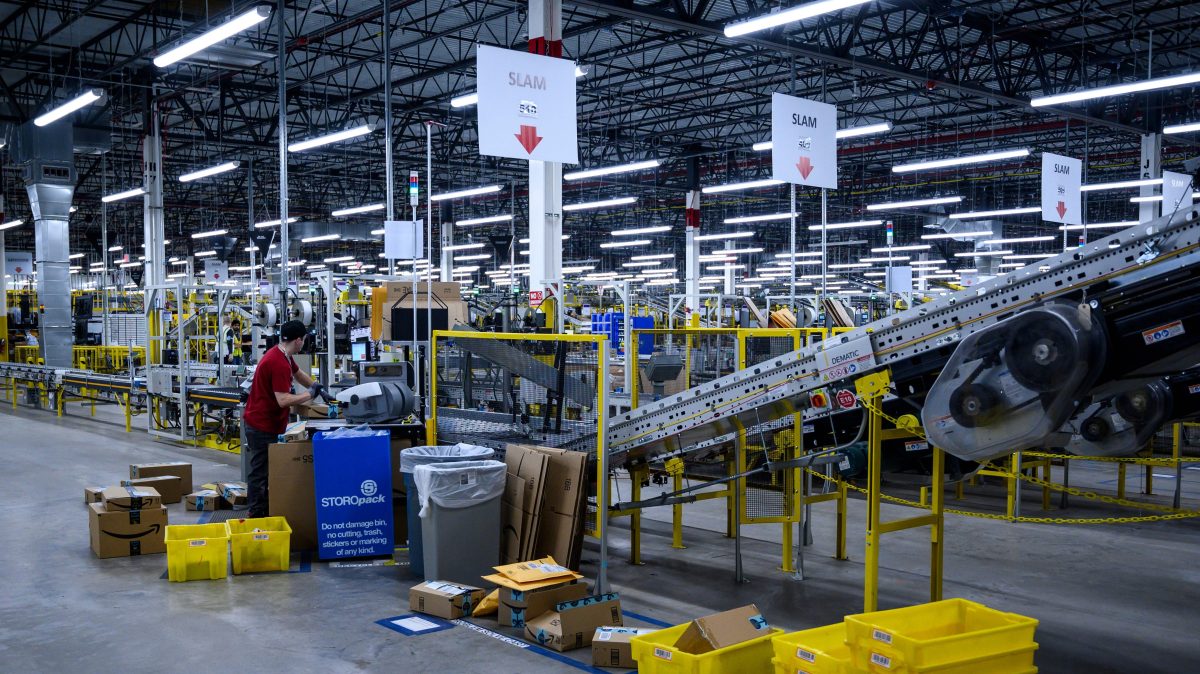 Productivity, in the economic sense, is falling. In the first few months of the year, it shrank by 7.5% — the sharpest decline since 1947.

To establish productivity, economists look at all the things made, all the goods and services produced in the economy in a given quarter, and how many hours they took to produce.

A few things could explain this, said Erica Groshen, senior economics advisor at at the Cornell University School of Industrial and Labor Relations.

“There’s been a lot of hiring,” Groshen said. Lots of vacant positions, too, and new workers who aren’t getting as much done.

There’s also the supply chain crisis. Inputs have been slow to arrive. Workers have been kind of sitting around idle more of the time waiting. Plus, omicron factors in, according to labor economist Aaron Sojourner at the University of Minnesota.

“You know, we saw millions of Americans missing work, either because they were sick or had to take care of people in their families who were sick,” Sojourner said.

And losing productivity is not going to help with rising consumer prices. “Productivity is an escape hatch for inflation,” House said. When productivity is high, businesses might be able to deal with higher costs without raising prices. Instead, she said, businesses have been passing those costs along to us.

There’s a lot happening in the world.  Through it all, Marketplace is here for you.

You rely on Marketplace to break down the world’s events and tell you how it affects you in a fact-based, approachable way. We rely on your financial support to keep making that possible.

Your donation today powers the independent journalism that you rely on. For just $5/month, you can help sustain Marketplace so we can keep reporting on the things that matter to you.