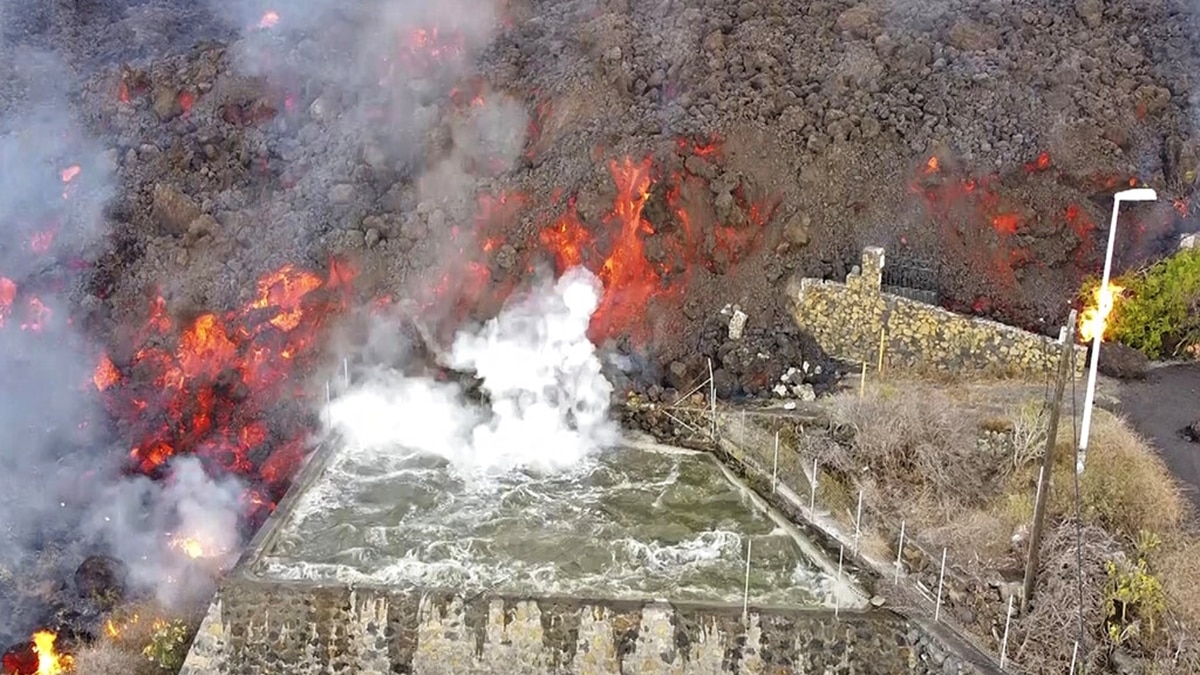 When the Hunga Tonga-Hunga Ha’apai volcano near the remote Pacific archipelago exploded, shockwaves were felt across the world, tsunami was triggered and the ash severely damaged local areas. A new climate simulation by Nasa reveals how volcanoes could be detrimental to the planet.

Extreme volcanic eruptions may destroy the Ozone layer, the shield that protects us from the deadly ultraviolet rays of the Sun, and significantly warm Earth’s climate. Known as flood basalt eruptions, they could have been the reason behind Venus and Mars’ present-day conditions.

The new climate simulation and its findings contradict previous studies that indicated that the eruptions could work to cool the climate.

WHAT IS FLOOD BASALT ERUPTION?

A Flood Basal Eruption is an extreme volcanic eruption characterised by a series of eruptive episodes lasting perhaps centuries each and occurring over periods of hundreds of thousands of years, sometimes even longer. Nasa says that some happened at about the same time as mass-extinction events, and many are associated with extremely warm periods in Earth’s history.

“They also appear to have been common on other terrestrial worlds in our solar system, such as Mars and Venus.”

Researchers used the Goddard Earth Observing System Chemistry-Climate Model to simulate a four-year-long phase of the Columbia River Basalt (CRB) eruption that occurred between 15 million and 17 million years ago in the Pacific Northwest of the United States.

“We expected intense cooling in our simulations. However, we found that a brief cooling period was overwhelmed by a warming effect,” Scott Guzewich of NASA’s Goddard Space Flight Center said. The findings have been published in the journal Geophysical Research Letters.

OZONE TO BE DESTROYED

The simulation has shown how the eruptions will destroy the Ozone layer surrounding the planet. The ozone layer acts as a blanket above the planet that safeguards us from the dangerous ultraviolet rays being emitted from the Sun. However, a hole discovered in this blanket has raised concerns for scientists worldwide.

The simulation showed a reduction of about two-thirds over global average values, roughly equivalent to the whole planet having ozone thinning comparable to a severe Antarctic ozone hole. The eruption will emit a massive amount of sulfur dioxide into the atmosphere, which will be converted into aerosols. These aerosols reflect visible sunlight, which causes the initial cooling effect but also absorb infrared radiation, which warms the atmosphere.

Scientists said that warming this region of the atmosphere will lead to the creation of nearly 10,000 per cent more water vapour. This water vapour will lead to the destruction of the ozone layer. “Flood basalts also release carbon dioxide, a greenhouse gas as well, but they don’t appear to emit enough to cause the extreme warming associated with some eruptions. The excess heating from stratospheric water vapor could provide an explanation,” Nasa said.

Venus has emerged as the biggest case study for scientists across the world, who are interested in understanding how climate change leads to planetary downfall. Researchers said that although Mars and Venus may have had oceans of water in the distant past, both are currently very dry.

Scientists are investigating how these worlds lost most of their water to become inhospitable for life. If the surge of water vapor into the upper atmosphere predicted by the simulation is realistic, extensive flood volcanism could have contributed to their arid fate.

The new study points to the imminent need to address the menace of climate change.