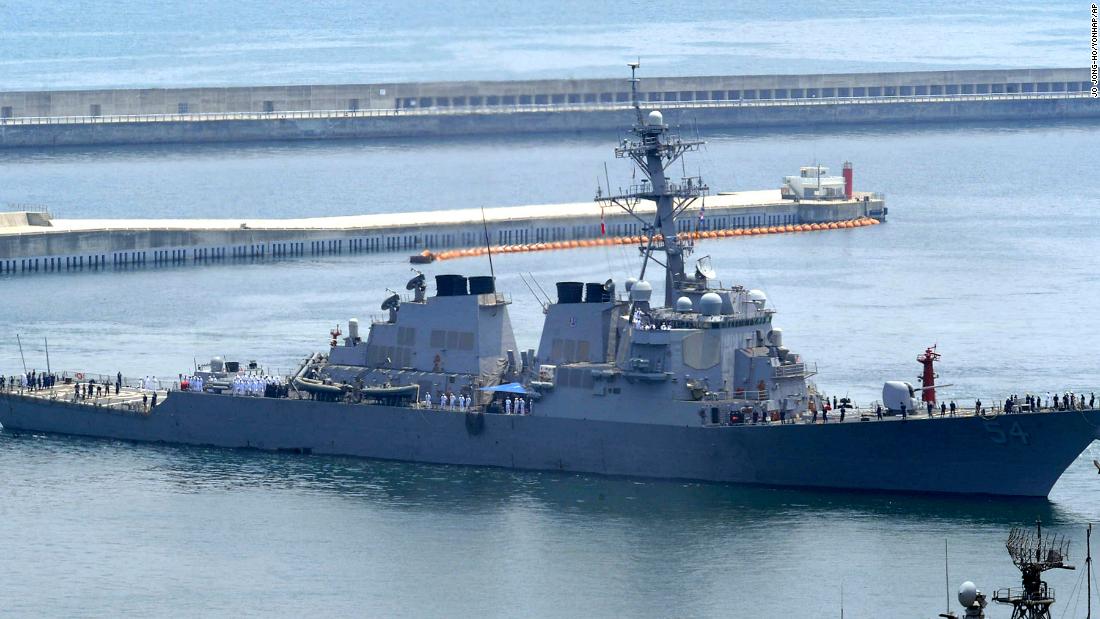 The guided-missile destroyer USS Curtis Wilbur performed what the US Navy calls a “freedom of navigation” operation near the Paracel Islands, asserting “navigational rights and freedoms… consistent with international law,” Lt. j.g. Nicholas Lingo, spokesperson for the US 7th Fleet, said in a statement.

China calls the Paracels, in the northwestern portion of the South China Sea, the Xisha Islands. They have been under Beijing’s control for more than four decades — despite competing claims from Vietnam and Taiwan — and China has fortified them with military installations.

Beijing, which claims almost all of the South China Sea as its territory, said the movement of the US warship violated its sovereignty.

PLA warships and planes followed the US ship, a statement from China’s People’s Liberation Army said.

“US behavior violates international law and basic norms of international relations, increases regional security risks, and are prone to misunderstandings, misjudgments, and accidents at sea,” Tian Junli, spokesperson of the PLA’s Southern Theater Command, said in the statement.

But Biden, in a speech at the US Coast Guard Academy on Wednesday, accused China — and also Russia — of “disruptive actions” challenging decades-old international rules protecting maritime commerce in the South China Sea and other waterways.

“Longstanding, basic maritime principles like freedom of navigation are a bedrock of a global economic and global security. When nations try to game the system or tip the rules in their favor, it throws everything off balance,” Biden told the graduating class at the academy in New London, Connecticut.

“It’s of vital interest to America’s foreign policy to secure unimpeded flow of global commerce. And it won’t happen without us taking an active role to set the norms of conduct, to shape them around democratic values, not those of autocrats.”

Lingo, the US Navy spokesperson, emphasized that point in his statement Thursday.

“Unlawful and sweeping maritime claims in the South China Sea pose a serious threat to the freedom of the seas, including the freedoms of navigation and overflight, free trade and unimpeded commerce, and freedom of economic opportunity for South China Sea littoral nations,” Lingo’s statement said.

The Paracels were the second US-China hotspot the Curtis Wilbur had visited in three days.

On Tuesday, it transited the Taiwan Strait, the waterway separating democratically controlled Taiwan from mainland China. Beijing also says Taiwan is part of its sovereign territory, but the self-ruled island’s autonomy is supported by Washington.

It was the fifth time this year a US warship had transited the Taiwan Strait as the Biden administration strengthens ties with the island.

China on Wednesday denounced the presence of the US destroyer in the strait.

“The US warship’s action sent erroneous signal to the ‘Taiwan Independence’ force, deliberately disrupted and undermined the regional situation, and jeopardized the peace and stability across the Taiwan Strait,” read a report on the PLA’s English-language website.

Biden told the new Coast Guard officers they would be needed to protect US interests in the Indo-Pacific and elsewhere.

“As we work together with our democratic partners around the world to both update the rules for this new age… your mission will become even more global and even more important,” Biden said. “You have an essential role in our efforts to ensure a free and open Indo-Pacific.”

The US President touted a recent pact between Taipei and Washington for their respective coast guards to work more closely together.

“Our new agreement for the Coast Guard to partner with Taiwan will help ensure that we’re positioned to better respond to shared threats in the region and to conduct coordinated humanitarian and environmental missions,” he said.