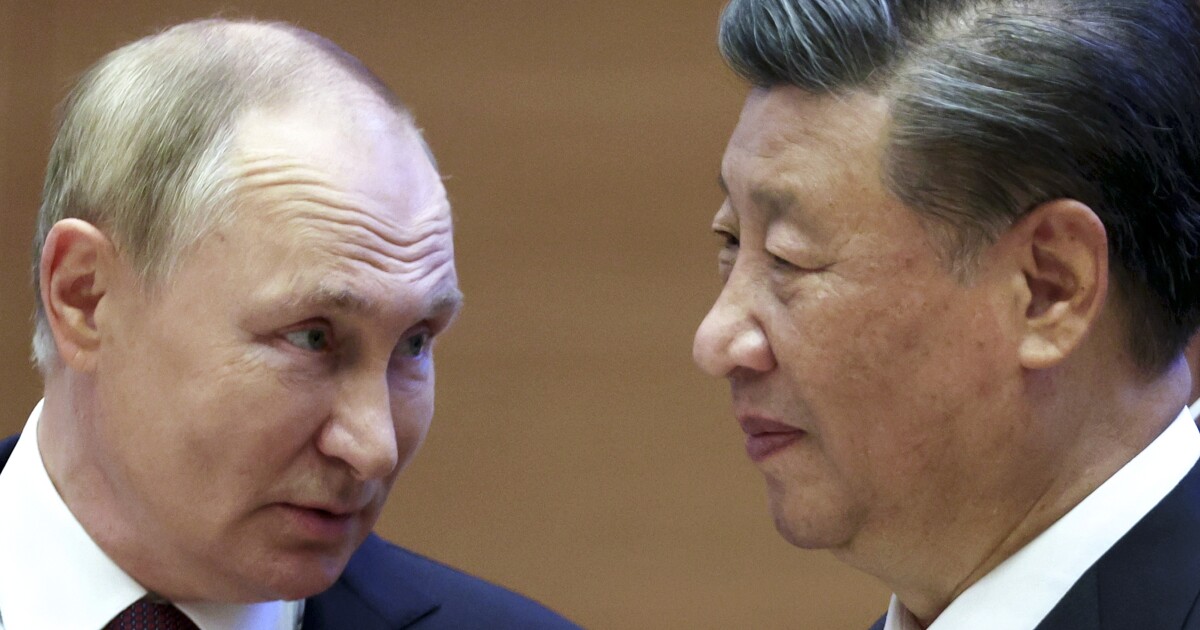 The United States
intelligence community
is unprepared to deal with the aggressive intelligence infiltration efforts by the
Chinese government
and other foreign adversaries, a bipartisan report concluded.

The
heavily redacted report
by the Democratic and Republican leaders of the
Senate Intelligence Committee
focused largely on the long-term threat posed by China and concluded the National Counterintelligence and Security Center does not have the staffing, money, authorities, or independence to deal with the challenge properly.

“The foreign intelligence entity threat landscape facing the country today is wide-ranging and sophisticated,” the Senate report concluded. “Yet the NCSC, as the U.S. government lead for counterintelligence, lacks a clear mission as well as sufficient and well-defined authorities and resources to effectively confront this landscape. Moreover, NCSC’s placement within the Office of the Director of National Intelligence may hinder its ability to scale and respond to threats in an agile manner. Despite these challenges, there is no consensus among CI officials on a way forward for NCSC.”


Director of National Intelligence Avril Haines said in March that the Chinese government remains the
“absolutely unparalleled” long-term priority
for the U.S. intelligence community, but the new report says current U.S. efforts are not nearly enough.

The Senate report noted that, in the past, many foreign espionage efforts focused primarily on acquiring state secrets held by the U.S. intelligence community and the broader national security establishment, but “now, however, foreign intelligence entities target a wide range of information from entities and individuals across nearly every sector of U.S. society.”

“The biggest driver has been the rise of China — economically, technologically, militarily, and diplomatically — as well as a revanchist Russia,” the Senate report said. “These two countries pose the biggest, most long-term, and most strategic threats to the United States.”

The senators emphasized that China “poses the greater long-term strategic threat and is a unique challenge to the United States” because it is “a rising power approaching parity with the United States in gross domestic product as well as in certain aspects of military power.” The report warned China seeks first to displace the U.S. as the main regional power in East Asia, with the ultimate goal of displacing the U.S. as the global hegemon.

“New threats and new technology mean that we have to make substantial adjustments to our counterintelligence posture if we are going to protect our country’s national and economic security,” Chairman
Mark Warner
(D-VA) said.

“Foreign adversarial governments, including the People’s Republic of China, are now targeting all sectors of U.S. society,” Vice Chairman
Marco Rubio
(R-FL) added. “This Committee aims to ensure that the American public, industry, and academia are aware of this, and also to ensure that the Intelligence Community has the authorities and resources necessary to effectively confront these new counterintelligence threats.”

As one example, the FBI has
repeatedly

warned
about China’s Thousand Talents economic espionage program, and Sen. Rob Portman (R-OH) released a report in July about how that Chinese effort
targeted the U.S. Federal Reserve over many years
.

Rubio and Warner argued that “the U.S. counterintelligence enterprise is not postured to confront the whole-of-society” espionage landscape that the U.S. currently faces and contended the NCSC is “lacking a clear mission, sufficient and well-defined authorities, and adequate resources to do so.”

An NCSC spokesman told the Washington Examiner that the intelligence agency “appreciates the Committee identifying multiple recommendations to improve NCSC’s ability to lead the counterintelligence mission, and NCSC will remain engaged with the Committee as appropriate.”

The report pointed to China’s efforts to become the world’s global technology leader, highlighting its
Made in China 2025 Plan
and the
China Standards 2035 Plan
, and also discussed the Chinese government’s efforts to achieve global economic dominance, including through the
Chinese Communist Party’s 14th Five-Year Plan
and its
global Belt-and-Road Initiative
.

The report also put a spotlight on the Chinese government’s malign foreign influence efforts, including attempts to shape U.S. discourse.

The U.S. government has
condemned the Chinese government
for its “false, baseless, and unscientific claims” related to COVID-19’s origins.

The Trump administration began to focus on the Chinese government’s influence on campuses, including through Confucius Institutes, but the issue has largely
fallen out of focus
for the
Education Department under the Biden administration
.