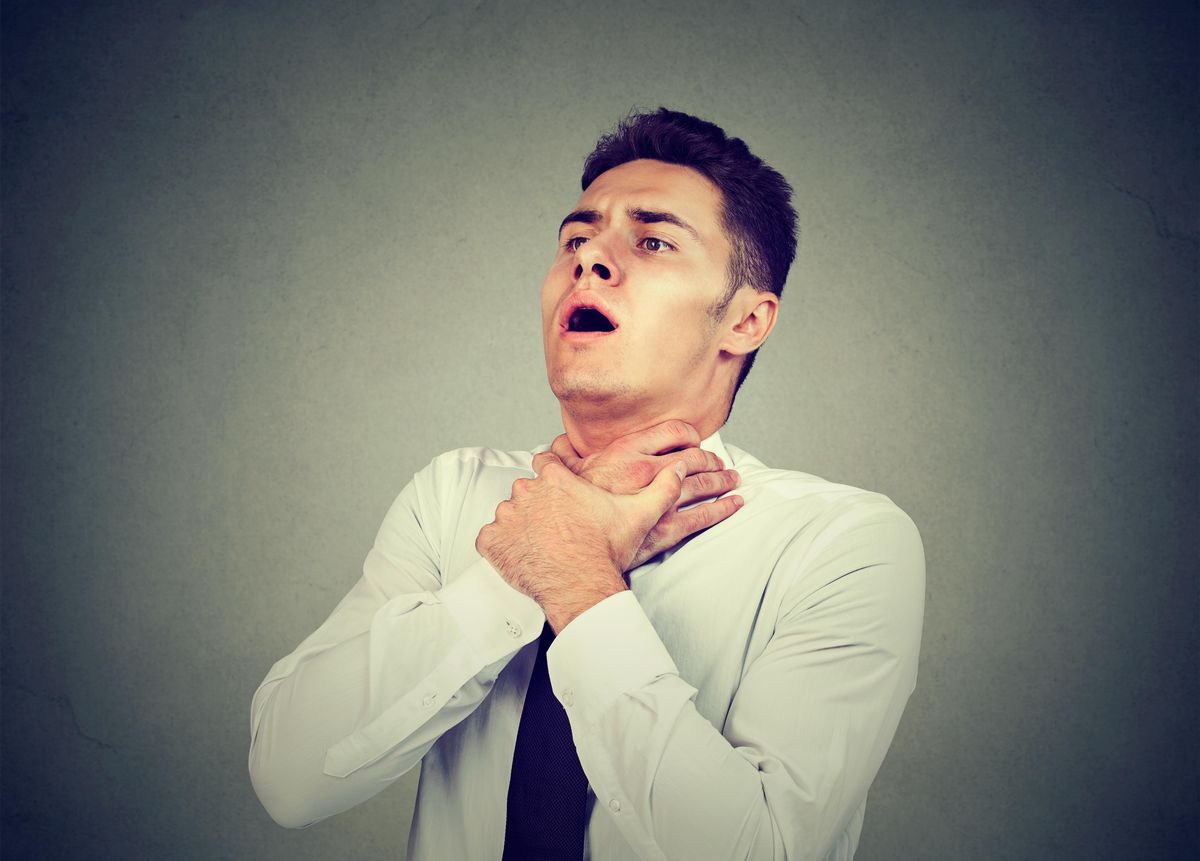 THURSDAY, May 19, 2022 (HealthDay News) — Two drugs are better than one when it comes to stopping asthma attacks in progress, a new clinical trial has found.

The study, of more than 3,100 asthma patients, found that a two-drug “rescue” inhaler worked better than a standard inhaler in thwarting severe asthma exacerbations — helping some patients avoid trips to the hospital.

The inhaler, which is not yet approved, contains two long-used asthma medications: albuterol and budesonide.

Budesonide is a corticosteroid that controls the airway inflammation underlying asthma; people with the disease commonly use a daily inhaler containing a corticosteroid (one brand is Pulmicort) to prevent attacks of wheezing, coughing and breathlessness.

In the new trial, researchers found that combining budesonide and albuterol into one rescue inhaler appears to be the better approach. On average, the two-drug inhaler cut patients’ risk of a severe symptom attack by 26%, versus albuterol alone.

Experts said they think the new inhaler, if approved, should become the rescue medication of choice for most asthma patients.

“Current rescue therapy certainly works, but it’s not the best,” said Dr. Reynold Panettieri Jr., one of the researchers on the trial.

That’s because while standard inhalers open the airways, they do not address inflammation, explained Panettieri, a professor of medicine at Rutgers Robert Wood Johnson Medical School in New Brunswick, N.J.

The dual-drug inhaler gives people a dose of corticosteroids “right when they need it most,” Panettieri said.

That does not mean the new rescue inhaler could replace corticosteroids used for daily asthma control: Patients in the trial were taking controller medications, and used the rescue inhaler “as needed” when symptoms flared.

Wechsler, who was not involved in the trial, said that if the inhaler is approved, he sees it largely replacing standard rescue inhalers.

“I believe it should become the treatment of choice,” he said, “especially for patients with a history of asthma exacerbations.”

The findings were published May 15 in the New England Journal of Medicine, and presented at the American Thoracic Society’s annual meeting, in San Francisco. The U.K. drug company Avillion, which is developing the two-drug approach with AstraZeneca, provided the funding.

The trial involved 3,132 patients, mostly adults and teenagers, who had moderate-to-severe asthma. They were randomly assigned to use either the two-drug rescue inhaler or albuterol only, as needed, for at least six months.

Overall, patients using the medication duo were less likely to suffer a severe asthma attack — defined as ending up in the emergency room or hospital, or needing to take oral or injection corticosteroids for at least three days.

On average, the annual rate of severe attacks was one-quarter lower among patients on the two-drug inhaler, versus those using albuterol alone.

In managing asthma, the goal should always be minimizing the need for a rescue inhaler, said Dr. Mark Jacobson, medical director of Allergy & Asthma Physicians in Hinsdale, Ill. That means making sure patients are on an optimal dose of controller medication, and educating them on avoiding triggers, he said.

“All that being said, when individuals do have an exacerbation, it will most certainly include a significant amount of inflammation,” said Jacobson, who was not involved in the trial.

“Therefore, when they do have symptoms it would certainly be helpful to get some inhaled steroids into them,” he said.

“I think this could be a game-changer,” he said.

There is, however, the real-world issue of cost, Panettieri pointed out. It’s not clear how expensive the two-drug inhaler would be. But if it costs substantially more than standard rescue inhalers, insurers might balk — though, Panettieri said, there would be savings from avoiding some ER trips and hospitalizations.

The inhaler also needs to be tested more extensively in children, Panettieri said. There were too few kids younger than 12 in this trial to draw conclusions.

Wechsler said the two-drug inhaler is likely to be effective for children, and the main question will be whether it has any adverse effects. No safety issues turned up among adults and teens in this trial.

The American Academy of Allergy, Asthma and Immunology has more on asthma.

From Your Site Articles

Related Articles Around the Web