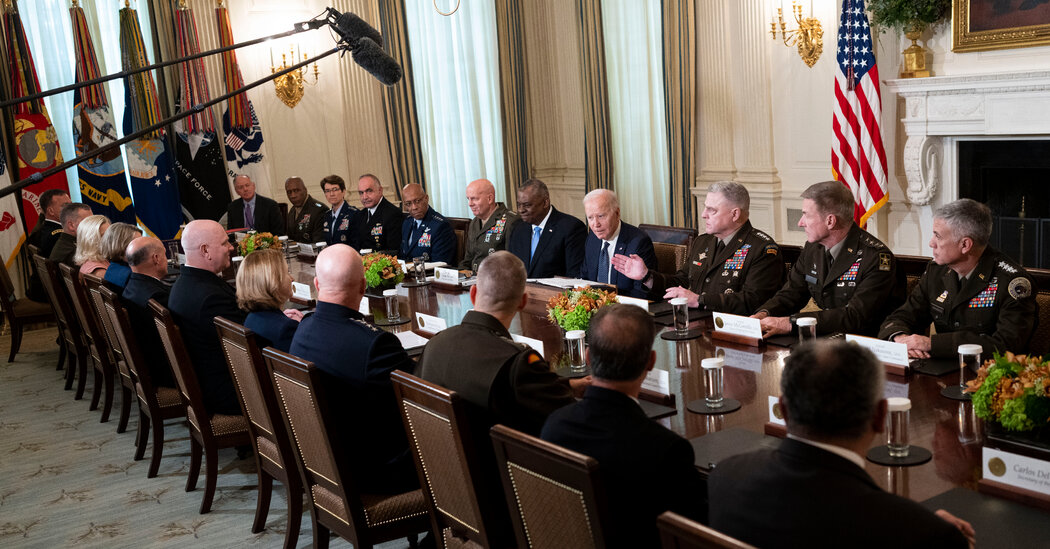 The evident willingness to entertain talks at some point has drawn sharp criticism from some foreign policy experts who argue that it would be a mistake to bet against Ukraine’s ability to win more of its territory back from Russian occupiers.

“The United States and European partners should not forestall the possibility, even likelihood, of more Ukrainian military success by insisting on a cease-fire in place or by assuming that it’s impossible for Ukraine to, for example, liberate the Donbas or even Crimea,” Daniel Fried, a former career diplomat now at the Atlantic Council, wrote on the Just Security website.

Mr. Zelensky and his aides reiterated this week that Ukraine had repeatedly proposed resuming peace talks with Russia, and that such talks could not begin until Russian troops withdraw and return the territory they have seized. But analysts noted that the Ukrainian leader did not repeat earlier statements that talks seemingly could not start while Mr. Putin was still leading Russia.

More broadly, there has been huge support among the Ukrainian public for sustained military offensives against Russian positions, and each announcement of Russian setbacks has been met with an outpouring of public enthusiasm. Even before the recent wave of Ukrainian military advances, Mr. Zelensky was under heavy and sustained political pressure to refuse any concession that would leave Russian forces in control of Ukrainian territory.

The debate in Washington comes as questions are being raised about the durability of American support for the Ukrainian war effort. Representative Kevin McCarthy of California, the Republican leader hoping to become House speaker in the newly elected Congress, has rejected a “blank check” in continued aid to Ukraine, although other Republican leaders, including Senator Mitch McConnell of Kentucky, remain steadfast backers of Kyiv.

A group of progressive House Democrats recently released a letter recommending negotiations, then withdrew it under criticism. But some on the left continue to push for talks. “I believe that progressives have always advocated to leaning on diplomatic solutions,” Representative Alexandria Ocasio-Cortez, Democrat of New York, told the Intercept this week. “We should continue to lean on that.”

In internal discussions at the White House, General Milley has been a strong voice for diplomacy but does not want to give the impression of undercutting the Ukrainians, officials said. He has pointed to satellite imagery showing that the Russians are digging trenches and establishing firm lines through much of the occupied territory in preparation for winter, when the fronts presumably will stabilize. The pullback from Kherson appeared to be aimed at setting up a more defensible position.