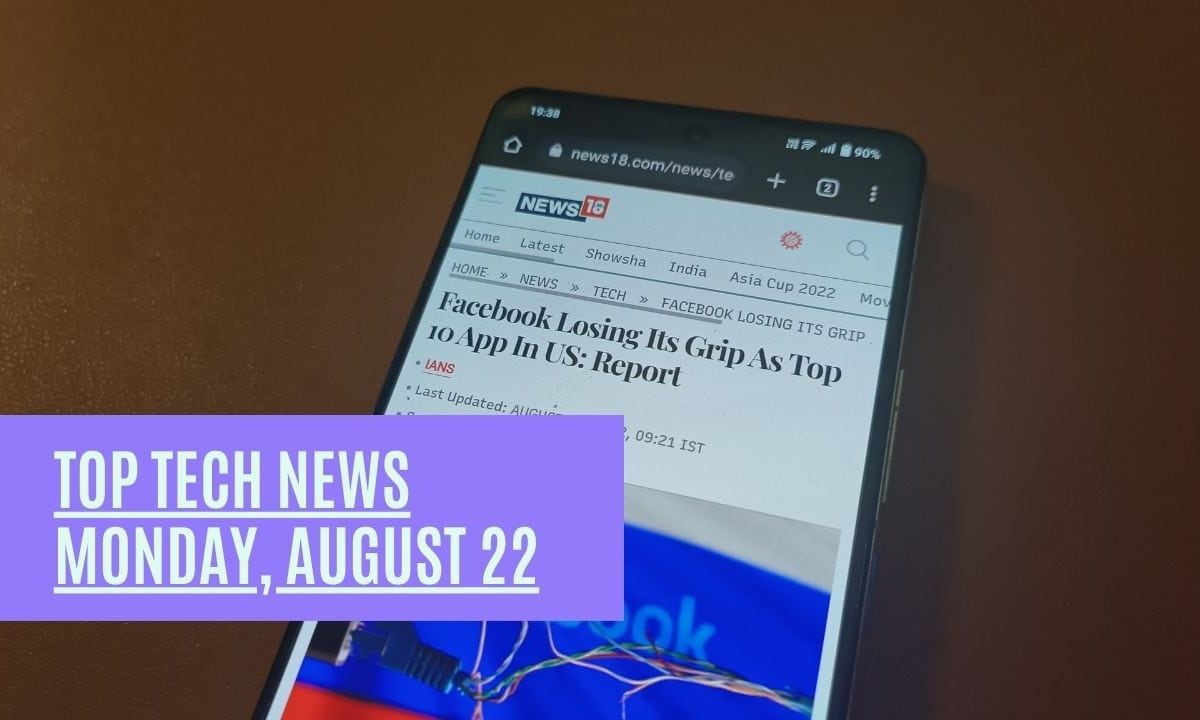 Hello and welcome to another episode of Top tech news, and in today’s edition we have Apple, Facebook and another quick tip for Android smartphone users.

The program now covers affected iPhone 12 or iPhone 12 Pro devices for up to three years after the first retail sale of the device, compared to up to two years previously, according to Apple. The one-year extension applies worldwide.

Apple launched the service program in August 2021 after the company determined that a “very small percentage” of iPhone 12 and iPhone 12 Pro devices may experience sound issues due to a component that might fail on the earpiece module, also known as the receiver. The issue can result in the earpiece failing to emit sound during phone calls.

Apple or an Apple Authorized Service Provider will service eligible iPhones, free of charge, with steps to initiate the process outlined on Apple’s website. Affected devices were manufactured between October 2020 and April 2021, and the program does not apply to the iPhone 12 mini or iPhone 12 Pro Max, according to Apple.

Meta-owned Facebook has been struggling to maintain its position among the Top 10 apps on the US App Store this year,
says a new report. According to an analysis of iPhone App Store data, as younger consumers shift to newer social networking
experiences like TikTok and now BeReal, the tech giant’s app has lost traction in the App Store’s Top Charts, reports
TechCrunch.

As per the report, last year, Facebook only fell out of the Top 10 free iPhone apps in the US seven times. But in 2022,
that figure has already soared to 97 — an indication that Facebook may be losing ground as new apps push their way into
the App Store’s top rankings.

Tech Tip – How To Enable Gesture Navigation On Your Smartphone