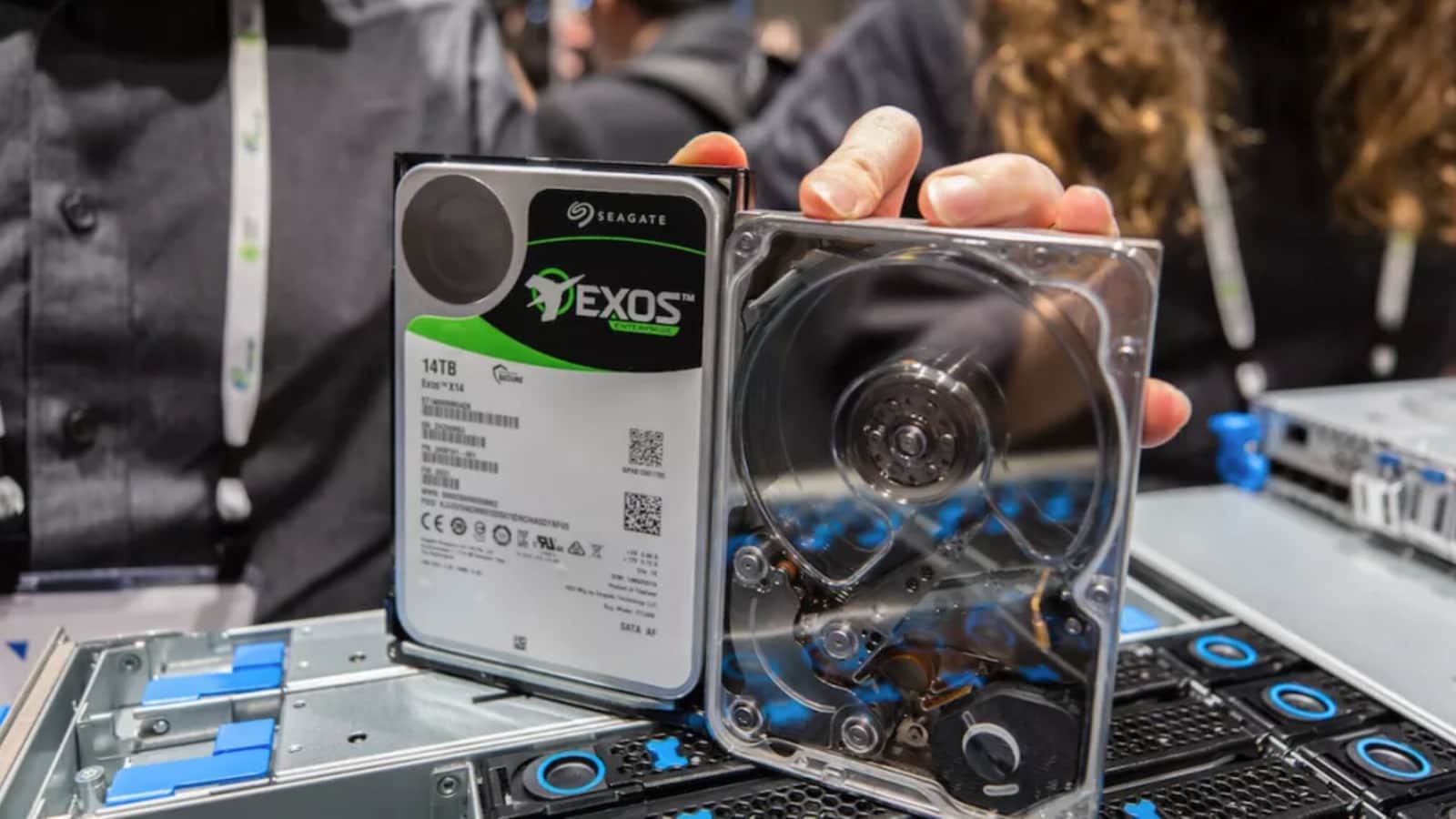 Seagate has launched its first dual-actuator hard disk drive (HDD) – the Mach.2 Exos 2X14 and it is listed on the company website now along with its detailed specs. While SSDs have become the standard for workstations and laptops used for business, HDDs are mostly used in data centers since they are capable of storing large amounts of data for cheap. Seagate’s latest, however, takes things a little further. The Mach.2 comes with multi-actuator tech that aims to speed up the rate at which data is transferred without sacrificing storage capacity.

Traditional HDDs have one actuator with both read and write heads. Seagate’s Mach.2 has two actuators to double both their sequential and random read/write speeds. The company has been working with Microsoft since the end of 2017 to develop its multi-actuator tech and it looks like the collaboration has paid off. The Mach.2 has a sustained transfer rate of 524MB/s, which is faster than the Exos 15E900, making this HDD the fastest in the world right now.

The Seagate Mach.2 Exos 2X14 comes with a 14TB capacity. The drive is basically two 7TB HDDs fused together in a “hermetically sealed helium-filled 3.5-inch chassis”. The HDD features a spindle speed of 7200 RPM, a 256MB multisegmented case, and a single-port SAS 12GB/s interface. When plugged into a data center server, the host system will view the Mach.2 as two logical drives that can be addressed independently. As TechRadar points out, the sequential read/write speeds of Seagate‘s new HDD are so fast that it can “even rival some inexpensive SATA/SAS SSDs at a far lower cost-per-TB”.

However, the Mach.2’s speed comes at a cost of higher power consumption. The Exos 2X14 drive consumes 7.2w in idle mode and up to 13.5 under heavy load. This amount of power is higher than the standard 12W that’s usually recommended for 3.5-inch HDDs. But data centers can leverage Seagate’s PowerBalance capability to reduce this power consumption though it might lower sequential read/write speeds by about 50% and random read/write speeds by about five to 10%.

The Seagate Mach.2 is listed on the site but it is not going to come to the open market any time soon, and for now, it is available to select customers.