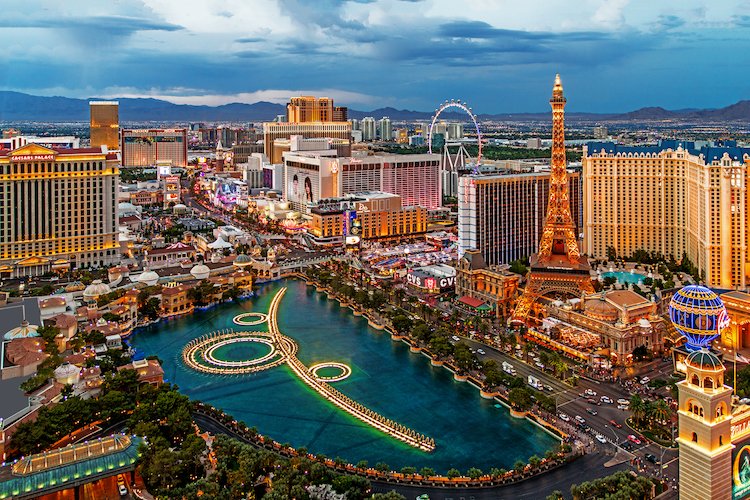 The city, which is famous for its entertainment industry, is also incredibly developed in other areas such as information technology, defense industry, agriculture, health care, etc. In addition, the local government is incredibly supportive of new business projects and initiatives and is famous for the lack of state sales tax.

The dream city of millions. Therefore, if you are interested in buying or selling real estate in Las Vegas, it would be the best choice for you to turn to the top real estate agents in Nevada.

So, what are the main market trends?

The Las Vegas region is preparing for a major demographic boom. According to the data, for more than 90 years the population growth of the Mojave Desert region has been ahead of the growth of the USA. Not only the birth rate but also immigration is increasing. Newcomers are attracted by the climate, relatively affordable housing and the lack of a state income tax.

Nevada’s economy continues to grow at a rapid pace. In the last three years alone, more than 100,000 jobs have been created in five states in the Southwest. The average annual income per household is $ 62,107, while the per capita income is $ 32,511. Such statistics undoubtedly affect the real estate market and pricing.

Lone Mountain, Sun City Summerlin, and North Cheyenne are considered the best areas to buy real estate in and around Las Vegas. While East Las Vegas is the most budget-friendly area.

It is worth noting that the rental market is also growing and looks very promising. It may be a good idea to invest in the real estate market for further rental. Las Vegas rental prices have risen 23% over the past year to an average of $ 1,975 per month.

According to the Housing Affordability Index (HAI), a middle-income man cannot afford to buy a home in Las Vegas at an average price. This means that the market is indeed in a state of fierce competition and the market is on the side of the seller for sure.

Many people are concerned about whether to invest in real estate, whether to do it in Las Vegas, who the market is focused on and many others.

We start with the most common question about whether to buy real estate in Las Vegas now. The answer is rather yes. Those potential buyers who have been hesitant to buy in recent years have made a big mistake. Prices continue to rise steadily every year. And so far no factors have been seen that would change this trend. It is 2022 which may be a good year to buy or invest in real estate.

Is the real estate market in Las Vegas a seller’s or buyer’s market? Without a doubt, this is a seller’s market. Fierce competition among buyers is a direct confirmation of this. There is now 1 month of inventory on the market, which is 6 times less than required for the buyer’s market.

Are real estate prices rising in Las Vegas? Yes, all statistics and calculations indicate that.

Is a market catastrophe possible? Hardly. Las Vegas real estate prices are not expected to fall in 2022, demand continues to grow steadily. In these conditions, the situation remains stable and under control.

How long does it take to sell real estate in Las Vegas? More than 80% of offers remain available on the market for less than 30 days. The Las Vegas market remains very tense as the inventory shrinks. Homes are being sold faster and faster, and competition between buyers is growing rapidly.

Las Vegas is considered one of the best places to live and grow old, despite its notoriety as a city of nightclubs and entertainment.

The nature and landscape of the city fascinate with its canyons and parks. Major natural attractions include the Grand Canyon, Zion National Park, Lake Mead, and Death Valley National Park.

Finally, medicine and education in Las Vegas are among the best in the United States.

Las Vegas is a city that fully deserves your attention, especially as a future residence option.