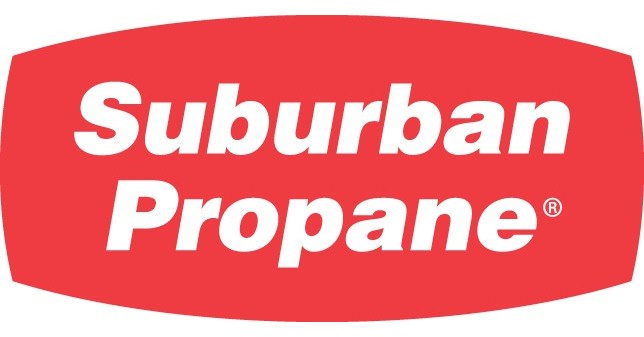 In announcing these results, President and Chief Executive Officer Michael A. Stivala said, “The fiscal 2021 second quarter presented some of the most sustained and widespread cold weather that our service territories have experienced since 2015.  As a result, propane volumes increased more than 16% compared to the prior year second quarter, as customer demand for heating purposes surged at a time when commercial and industrial volumes also benefitted from the easing of COVID-19 related business restrictions.  Our operating personnel were well prepared to meet the challenges of the spike in demand, while continuing to adhere to COVID-19 related safety protocols, maintaining the highest level of safety standards and delivering outstanding service to our customers when they needed us most. I am truly proud of the more than 3,200 employees of Suburban Propane for their efforts in maintaining their focus and driving the performance for the quarter.”

Mr. Stivala continued, “In addition to the increased demand, earnings for the quarter were favorably impacted by excellent margin management in a rising commodity price environment, positive trends in our customer base growth and retention efforts, and lower operating expenses despite the impact of higher demand.  Adjusted EBITDA of $172 million for the second quarter was our highest second quarter performance since 2015, and represented an improvement of more than $41 million compared to the prior year second quarter.  We utilized excess cash flows to reduce total debt by nearly $70 million during the quarter, bringing our total leverage metric closer to our target level of mid 3x. With the steps taken, both operationally and financially, to improve earnings and cash flows, we continue to execute on our stated goals of bringing leverage down, strengthening our balance sheet and enhancing our financial flexibility to aggressively pursue our long-term strategic growth objectives.”

Retail propane gallons sold in the second quarter of fiscal 2021 of 169.1 million gallons increased 16.5%, compared to the prior year second quarter, primarily due to an increase in weather-related customer demand, improving economic conditions and organic customer base growth.  Average temperatures across all of the Partnership’s service territories for the second quarter of fiscal 2021 were comparable to the ten-year average and 9% cooler than the prior year second quarter, yet 7% warmer than normal (as measured by the thirty-year average of heating degree days utilized by the National Oceanic and Atmospheric Administration).  A sustained and widespread cooler weather pattern throughout most of the second quarter, particularly during the month of February where average temperatures were 3% colder than normal and 16% cooler than February 2020, contributed to an increase in heat-related demand and volumes sold.

Combined operating and general and administrative expenses of $131.2 million increased $7.1 million, or 5.8%, compared to the prior year second quarter, primarily due to higher volume-related variable operating costs, higher variable compensation, and a non-cash pension settlement charge that was excluded from Adjusted EBITDA in the table below.

During the second quarter of fiscal 2021, the Partnership utilized cash flows from operating activities to repay $68.6 million of debt.  As a result of the debt repayment and the increase in Adjusted EBITDA during the second quarter, the Consolidated Leverage Ratio for the trailing twelve-month period ending March 27, 2021 improved to 3.95x.

As previously announced on April 22, 2021, the Partnership’s Board of Supervisors declared a quarterly distribution of $0.30 per Common Unit for the three months ended March 27, 2021.  On an annualized basis, this distribution rate equates to $1.20 per Common Unit.  The distribution is payable on May 11, 2021 to Common Unitholders of record as of May 4, 2021.

About Suburban Propane Partners, L.P.Suburban Propane Partners, L.P. is a publicly-traded master limited partnership listed on the New York Stock Exchange. Headquartered in Whippany, New Jersey, Suburban has been in the customer service business since 1928. The Partnership serves the energy needs of approximately 1.0 million residential, commercial, industrial and agricultural customers through approximately 700 locations in 41 states.

Some of these risks and uncertainties are discussed in more detail in the Partnership’s Annual Report on Form 10-K for its fiscal year ended September 26, 2020 and other periodic reports filed with the SEC.  Readers are cautioned not to place undue reliance on forward-looking statements, which reflect management’s view only as of the date made. The Partnership undertakes no obligation to update any forward-looking statement, except as otherwise required by law.

The following table sets forth our calculations of EBITDA and Adjusted EBITDA:

The unaudited financial information included in this document is intended only as a summary provided for your convenience, and should be read in conjunction with the complete consolidated financial statements of the Partnership (including the Notes thereto, which set forth important information) contained in its Quarterly Report on Form 10-Q to be filed by the Partnership with the United States Securities and Exchange Commission (“SEC”).  Such report, once filed, will be available on the public EDGAR electronic filing system maintained by the SEC.