In a state with the lowest average student debt and proportion of students with debt, it follows that Utahns are debt averse.

The Biden administration’s forgiveness plan will relieve $10,000 of federal student loan debt for borrowers who are earning less than $125,000 and up to $20,000 for those who went to college on Pell grants.

Dan Jones & Associates conducted the survey of 815 registered Utah voters from Sept. 3-21. It has a margin of error of plus or minus 3.43 percentage points.

Among those who participated in the poll, 57% disapproved of the plan while 41% said they approved and 2% responded “don’t know.”

People who self-identified as Republicans, conservative or as an active member of The Church of Jesus Christ of Latter-day Saints had the highest rates of disapproval, according to poll results.

The highest rates of approval were among Utahns ages 18-24, with 53% saying they strongly or somewhat approve of the loan forgiveness plan. Democrats were at 81%, and those who self-identify as very liberal were at 87%.

Patrick Holman, who is about 20 credit hours away from earning his bachelor’s degree in English, qualifies for $20,000 loan forgiveness under the Biden administration initiative.

“This loan forgiveness will forgive 50% of my debt,” said Holman, a student at the University of Phoenix.

Holman started going to community college after high school but his path to earning a bachelor’s degree had many starts and stops between going to school, taking time out to work and often trying to balance both at the same time.

Once he was on his own, he didn’t earn enough at most jobs to cover his college expenses, so he took out loans.

He works 40 to 50 hours a week as coordinator of South Salt Lake’s Central Park Community Center and squeezes in college classes outside work hours and weekends.

He works with youth, and often counsels them on the importance of working hard in school and higher education. Once he graduates, he plans to continue to work with young people. 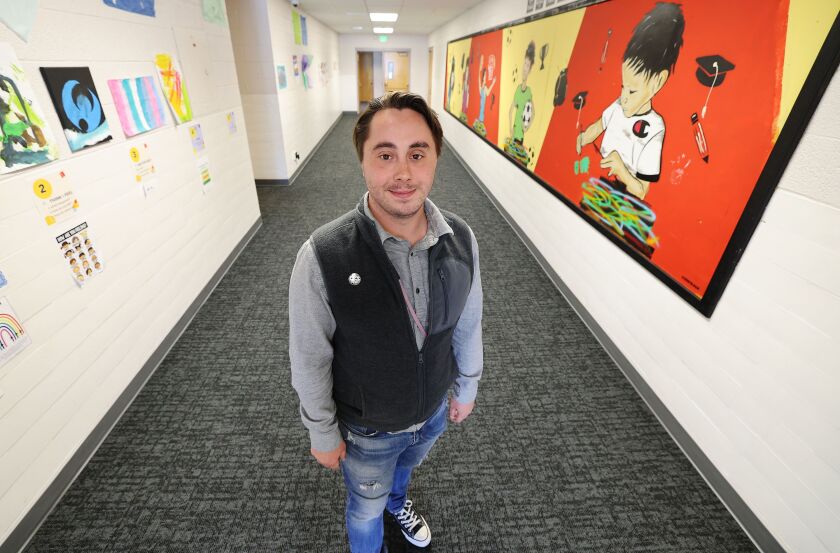 While he believes the journey is worthwhile, it has not been easy. Holman said he hopes that aside from forgiveness, Biden’s initiative will also be viewed as an opportunity by public and private colleges and universities to address the rapidly rising cost of college tuition, fees and books.

Those costs come on top of record high housing, grocery and transportation costs all Americans are experiencing.

Holman said loan forgiveness will make a “huge difference” for most qualifying borrowers.

“What the Biden administration is doing is investing and prioritizing everyday families and everyday Americans,” he said.

According to the U.S. Department of Education, nearly 90% of relief dollars will go to those earning less than $75,000 per year.

The department’s recent estimates say student loan debt relief will cost an average of $30 billion a year over the next decade or $379 billion in today’s dollars over the coming decade.

The Biden administration officials say the debt relief plan will help millions of Americans purchase homes, save for retirement or start businesses by providing critical relief as they recover from the pandemic.

“Many of us took loans because that was one of our only options. The skyrocketing costs of education in the last 20 years have disproportionately affected people and have made goals for higher education increasingly unattainable without loans,” Holman said.

But others, such as Utah Gov. Spencer Cox, are critical of loan forgiveness. In September, Cox and 21 other Republican governors called on Biden to withdraw his student loan forgiveness plan immediately.

Cox, when asked to comment on Biden’s recent announcement that he had pardoned some 6,500 individuals convicted of “simple possession” of marijuana in the federal system, said it was akin to student loan cancellation because it disregards checks and balances among the nation’s forms of government.

”Whether it’s transferring student loan debts to millions of other taxpayers or ignoring federal law enforcement laws, the president continues to disregard the checks and balances in our system,” Cox said. “If you want to see a change in our laws, do the hard work that it takes to enact that change with Congress. But taking an executive action like this only weeks before an election is nothing more than a desperate attempt to win votes.” 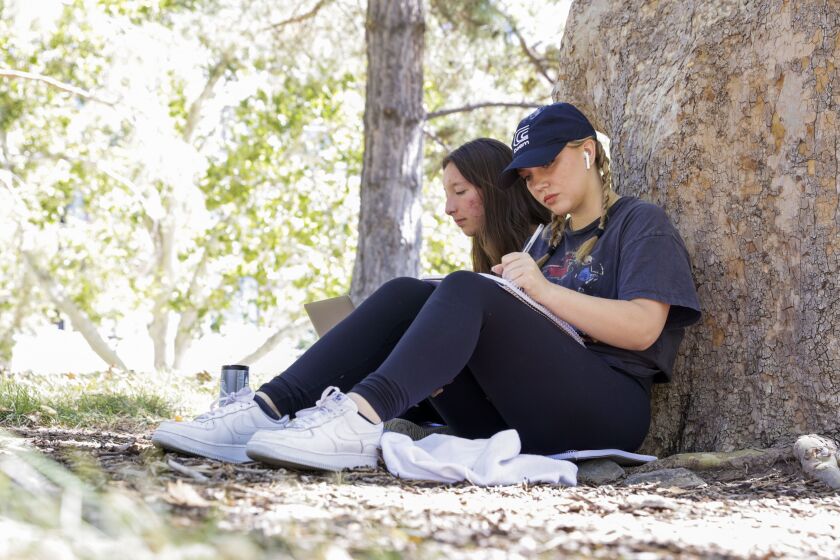 Sophomore Gaelen Kinkead, right, sits next to her friend and fellow sophomore Ashlay Findley on the University of Utah campus in Salt Lake City on Monday, Sept. 19, 2022. In a state with the lowest average student debt and proportion of students with debt, it follows that Utahns are debt averse. The results of a recent Dan Jones & Associates poll commissioned by the Deseret News and the Hinckley Institute of Politics at the University of Utah regarding President Joe Biden’s student loan forgiveness plan reflect disapproval of the initiative.