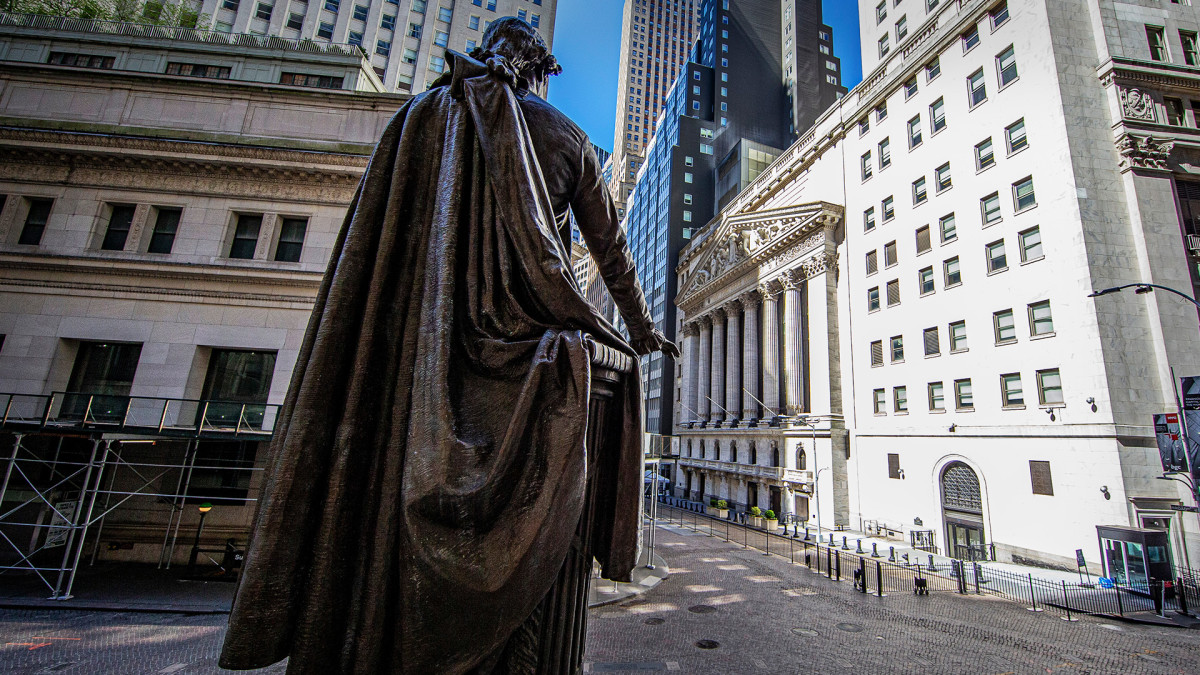 The S&P 500 closed at a record on Thursday after economic data pointed to a brisk recovery for the U.S. economy in the first quarter and earnings reports from Apple  (AAPL) – Get Report, Facebook  (FB) – Get Report and Caterpillar  (CAT) – Get Report topped expectations.

The U.S. economy expanded at a 6.4% annualized rate in the first three months of 2021 amid fresh stimulus and a rollout of vaccines that allowed growth to rebound from its worst contraction since 2007-2009.

Economists have been projecting a robust, consumer-led recovery in the U.S. from the pandemic this year.

The Federal Reserve noted the U.S. economy was strengthening at the conclusion of its two-day meeting Wednesday. The Fed said it would keep interest rates near zero and maintain its $120 billion in monthly asset purchases.

“Amid progress on vaccinations and strong policy support, indicators of economic activity and employment have strengthened,” the Fed said in a statement. “The sectors most adversely affected by the pandemic remain weak but have shown improvement.”

But Seema Shah, chief strategist at Principal Global Investors, said the Fed “likely over the coming months as inflation makes its steep upward path and markets vibrate with concerns … will need to provide some incremental signals on when the long-awaited policy unwind will begin.”

Optimism also got a boost from President Joe Biden’s unveiling of a proposed $1.8 trillion spending plan on education, childcare and infrastructure over the next 10 years. The president said taxes for the richest 1% of Americans would be raised to help pay for his plan.

The benchmark 10-year Treasury yield rose to 1.645% Thursday. It was headed for the biggest weekly increase since March 5, according to Bloomberg.

Apple said iPhone revenue soared 65% from a year earlier to $47.94 billion, well ahead of analysts’ forecasts of $41.7 billion, thanks to what Chief Executive Tim Cook called “strong demand for the iPhone 12 family.”

Caterpillar posted stronger-than-expected first-quarter earnings, thanks to a surge in construction sales and said it was managing “supply chain risks” heading into the spring months. The stock gave up 2.1%.

Apple and Facebook are holdings in Jim Cramer’s Action Alerts PLUS member club. Want to be alerted before Jim Cramer buys or sells the stocks? Learn more now.