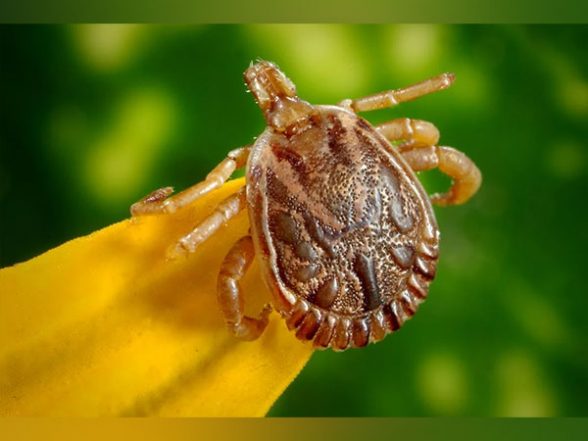 Washington [US], October 2 (ANI): Scientists have yet to fully comprehend why ticks are such hazardous disease vectors. A team of researchers has discovered that tick saliva suppresses the skin’s protective function, increasing the risk of infections like tick-borne encephalitis (TBE) or Lyme disease.

The researchers carried out their investigations on skin samples from volunteers and also on models of human skin, mimicking the bite of the most common European tick (Ixodes ricinus). In both cases, the team led by Georg Stary (MedUni Vienna’s Department of Dermatology, CeMM Research Center for Molecular Medicine of the Austrian Academy of Sciences, Ludwig Boltzmann Institute for Rare and Undiagnosed Diseases) in collaboration with the research group of Hannes Stockinger (Center for Pathophysiology, Infectiology and Immunology at MedUni Vienna) identified rapidly occurring patterns of immunomodulation. For example, it was found that the function of immune cells, especially T cells, which are important for immunological memory, was disrupted by contact with tick saliva.

Also Read | What a Bowling Effort by @TheRealPCB

Malaysia End Their Innings at 57/9

The scientists made similar observations in early stages of model infection by Borrelia burgdorferi, the most common cause of Lyme disease. They found that pre-incubation of Lyme disease-transmitting bacteria (B. burgdorferi spirochetes) with tick salivary gland extracts impedes the accumulation of immune cells in the skin and increases the pathogen burden. “Overall, we found that tick feeding causes profound changes in the skin’s immune system inhibiting the local immune response. This means that dangerous pathogens that are introduced into the skin together with tick saliva, can multiply more easily, leading to infection,” says Johanna Strobl, lead author of the study, summarising the main research findings.

Austria is one of the countries with the greatest prevalence of ticks. Nearly every second European tick is infected with pathogens, Lyme disease and tick-borne encephalitis (TBE) being the most common tick-borne diseases. The arachnids become active at a temperature of seven degrees. Due to rising temperatures associated with climate change, ticks now also pose a threat in higher-altitude regions of Austria and well into late autumn. (ANI)