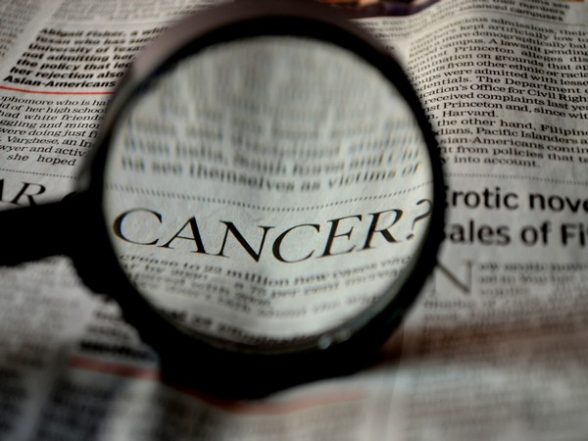 Southampton [UK], July 10 (ANI): In the fight against Cancer, new insights into the key properties of an antibody have been found by researchers at the University of Southampton.

The interdisciplinary study, published in Science Immunology, revealed how changing the flexibility of the antibody could stimulate a stronger immune response.

The findings have enabled the Southampton team to design antibodies to activate important receptors on immune cells to “fire them up” and deliver more powerful anti-cancer effects.

The scientists believe their findings could pave the way to improve antibody drugs that target cancer as well as other automimmune diseases.

In the study, the team investigated antibody drugs targeting the receptor CD40 for cancer treatment. Clinical development has been hampered by a lack of understanding of how to stimulate the receptors to the right level. The problem being that if antibodies are too active they can become toxic.

Previous Southampton research has shown that a specific type of antibody called IgG2 is uniquely suited as a template for pharmaceutical intervention, since it is more active than other antibody types. However, the reason why it is more active had not been determined.

What was known, however, is that the structure between the antibody arms, the so-called hinges, changes over time.

This latest research harnesses this property of the hinge and explains how it works: the researchers call this process ‘disulfide-switching’.

In their study, the Southampton team analysed the effect of modifying the hinge and used a combination of biological activity assays, structural biology, and computational chemistry to study how disulfide switching alters antibody structure and activity.

Dr Ivo Tews, Associate Professor in Structural Biology at the University of Southampton, said: “Our approach was to analyse the structure of the antibody in atomic detail, using the method of X-ray crystallography. While the resulting picture is very accurate, the information on how they move their ‘arms’ is missing, and we needed an image of the antibody in solution, for which we used an X-ray scattering approach called SAXS. We then used mathematical models and a chemical-computing approach to analyse the data, using the Southampton High Performance Computing cluster IRIDIS.”

Through this detailed study of the hinge, the team revealed that more compact, rigid antibodies are more active than their flexible counterparts.

Professor Mark Cragg, of the Centre for Cancer Immunology at the University of Southampton, said: “This study has given us new information about how to engineer antibodies to deliver a better immune response. We propose that more rigid antibodies enable the receptors to be bound closer together on the cell surface, promoting receptor clustering and stronger signalling for activity. This means by modifying the hinge we can now generate more or less active antibodies in a more predictable way.

“Excitingly, our findings could have wider implications as it may provide a highly controlled and tractable means of developing antibodies for clinical use in future immunostimulatory antibody drugs.”

The study was funded by Cancer Research UK and brought together structural biologists, immunologists, chemists and computer experts from across the University. Collaboration with the Diamond Light Source in Oxford and the University of Hamburg that Southampton is partnered with were instrumental to these studies. (ANI)