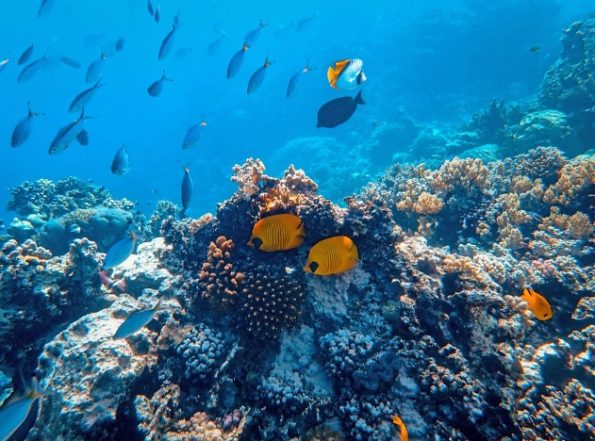 Washington [US], June 18 (ANI): An undersea survey, which was held in the west of Africa, off the coast of Angola, has found that in response to the installation of a pipeline, the richness and variety of deep-sea floor species rises dramatically.

The findings of the research were published in the journal ‘Frontiers in Marine Science’.

Also Read | Kajal Aggarwal Birthday: Did You Know The Magadheera Fame Actress Had Shared Screen Space With Aishwarya Rai In Her Debut Film?.

The study also revealed a large increase in the amount of litter on the seafloor, which was trapped against the pipeline.’

“In a short space of time the installation of a pipeline led to increases in the abundance and diversity of marine life in most areas,” said Daniel Jones, associate head of ocean geosciences at the National Oceanography Centre, UK, and author of this study.

“We believe this could be related to the pipeline providing shelter and trapping organic matter that the animals feed on.”

He adds, “It was also surprising to see the huge amount of litter, which consisted of plastic bags, bottles and aluminium cans, as this is a remote area ranging from 700 to 1400 metres deep.”

A collaboration between the deep-sea researchers and the oil and gas industry, the study emerged from a routine industry inspection of the seafloor and pipeline.”We have a long-running collaboration with BP in Angola to use survey imagery material for science,” explained Andrew Gates, co-author of this study, who is also based at the National Oceanography Centre.

“We realized as soon as we saw the footage that it would allow us to explore how the marine life changed after the introduction of a pipeline. Doing this sort of survey is very difficult and expensive, so we were pleased to be able to make use of the footage to understand the deep-sea biology a bit better. This adds real value to video footage originally collected to inspect the pipeline.”

“The video was collected by an ROV – a remotely operated vehicle,” continued Jones.

“An ROV is a car-sized robot that works deep under the sea and is controlled via an umbilical cable that is connected to a ship on the surface.”

The team of researchers used video footage from the ROV and identified all the animals that they could see. This included sea cucumbers, starfish, anemones, and fishes.

“This study provides valuable information on the poorly known seafloor animals off the Angolan coast. In addition, studies like ours help to predict the possible consequences and management of a range of human activities in the deep ocean, including oil and gas extraction and the decommissioning of marine structures like oil rigs. The information also helps us understand the potential for the restoration of marine environments after they have been impacted by human activities,” explained Gates.

In the future, the researchers would like to go back and collect some of the animals they saw in the video.

“It is generally not possible to identify animals in images to species level, as you can’t see their important distinctive details. We expect that some of the animals living in the area will be new to science, and by making collections we would be able to determine and describe the species found,” said Gates.

Jones continues, “We would also like to continue to monitor the pipeline to see how the animals respond over time to the presence of the structure. As time goes on, we would expect to see some impressive animals, such as deep-sea corals and sponges, growing on the structure. Knowing how long this process takes would be really valuable.” (ANI)