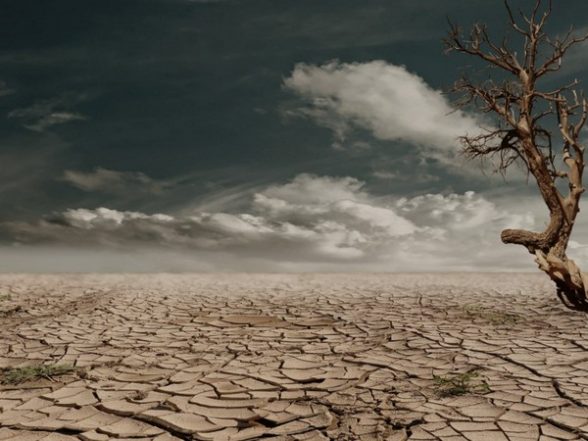 Washington [US], August 22 (ANI): A new study by agricultural economists at the University of Illinois took a closer look at how choice of statistical methodology influences climate study results. They also proposed a more accurate and place-specific approach to data analysis.

The findings of the study were published in the journal ‘Climatic Change’.

Also Read | Afghan Woman Delivers Baby Girl Aboard US Evacuation Plane Upon Landing at Ramstein Air Base in Germany.

Most scientists agree climate change has a profound impact on US agricultural production. But estimates vary widely, making it hard to develop mitigation strategies.

“If you pay attention to forecasts of how the climate will affect US agriculture, the results are completely different. Some scientists predict it’s going to have a positive impact for the nation in the long run, some report it’s going to have a negative impact,” said study co-author Sandy Dall’Erba, professor in the Department of Agricultural and Consumer Economics (ACE) and director of the Center for Climate, Regional, Environmental and Trade Economics (CREATE) at U of I.

Dall’Erba and Chang Cai, doctoral student in ACE and the paper’s lead author, took stock of all the academic literature that estimates the impact of climate change on US farmland values and revenues, focusing on every US county.

The county-level scale is not only more accurate, the researchers said, but also important for regional policy makers, because they can make county-specific decisions in areas where climate change is anticipated to pose a serious challenge.

“There is not a single commodity that is produced all over the US The only way we can really understand the relationship between climate and agriculture is that rather than focusing on a particular crop or livestock, we look at economic impacts,” Dall’Erba noted.

“Looking at aggregated agricultural outcomes allows us to compare the situation across every county in the US,” Dall’Erba added.

The researchers looked at how studies group locations for analysis, and how such groupings affect the results.

“Early studies would assume one additional degree of Celsius or Fahrenheit in Arizona will have the exact same marginal effect on agriculture as one additional degree in Illinois, which makes very little sense because you’re looking on the one hand at a place that is quite used to high temperature and low precipitation, versus a place which is used to moderate temperature and much more precipitation,” Dall’Erba said.

Recently, studies have tried to differentiate results and estimate effects based on local conditions.

A popular approach is to divide the US into irrigated versus rainfed areas, roughly across a west/east partition along the 100th meridian.

While Illinois and Arizona would thus belong to different groups, Arizona and Montana would still be expected to experience similar marginal effects of weather.

Another method, which Dall’Erba has used in his own research, compares low- versus high-elevation areas, while a third approach is to group locations along state lines.

Dall’Erba said researchers use the latter approach because it is straightforward to estimate and relevant for policy measures, but it does not produce very accurate results, since state lines rarely conform to atmospheric characteristics.

While all these approaches have some merit, they also have shortcomings.

“We discovered that results really do differ in terms of what the future impact of climate change will be if you choose one grouping versus another, especially in primary agricultural areas,” Cai explained.

“We also found out that none of those groupings is better than any other in predicting what the future outcome will be,” Cai added.

All of these methods are driven by data and start without any assumptions on what the groups will look like.

Instead, these methods analyse data to determine both the number of groups and who belongs to what group.

These scientific techniques, called C-Lasso, causal forest algorithm, and geographically weighted regressions, have been used for analysis in other fields, such as the labor market and energy conservation, but they have not been used in climate change research before.

“You really let the data speak for themselves; you do not impose anything on your model. As soon as you start making choices on how one should group the observations, you’ve already guided your results in one direction. And then you’ll want to defend your choice. We’re hoping future researchers will be more cautious about a priori choices,” Dall’Erba explained.

Dall’Erba and Cai are already working on applying these new approaches to a comprehensive analysis of climate change and US agricultural production.

They expect to present their results in a forthcoming paper, and to guide the implementation of place-tailored climate change adaptation strategies. (ANI)