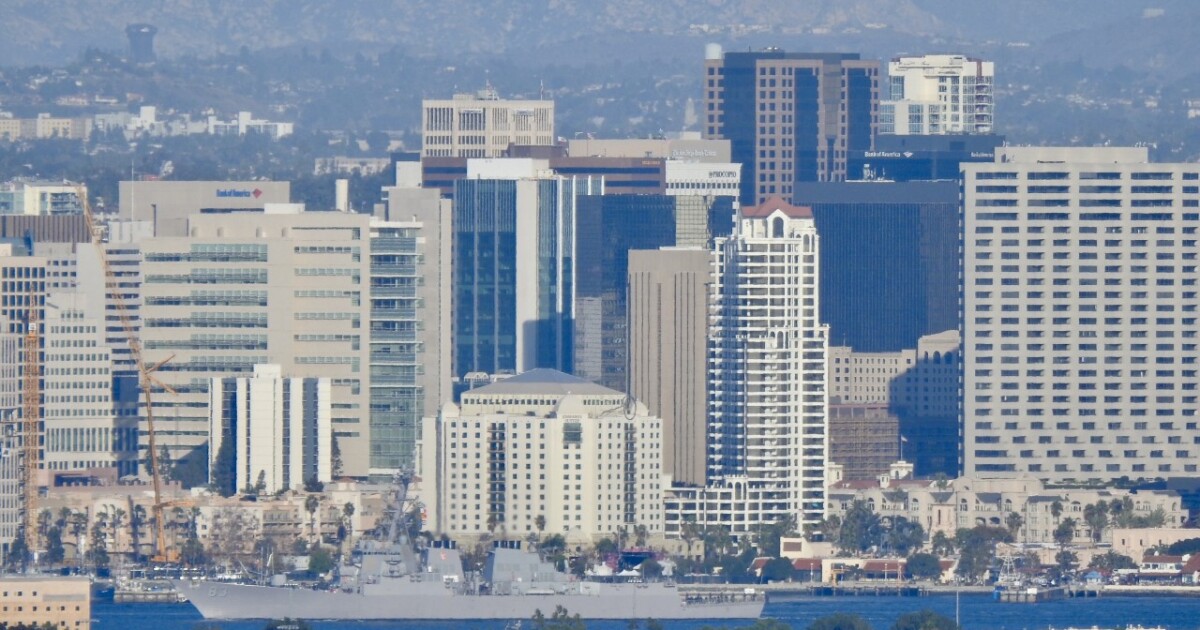 Its previous reading turned out to be contentious with roughly five hours of public comments from tenants’ rights groups and landlords. It is likely the same will occur Tuesday with several groups gearing up to call into the virtual meeting, including the Southern California Rental Housing Association, which is asking members to attend.

The biggest point of contention is a provision that limits landlords’ ability to evict tenants for lease violations and, in general, being a nuisance. It would go beyond statewide law crafted during the pandemic that says renters can be evicted for just cause, such as lease violations. San Diego County’s ordinance says eviction can only happen if renters are imminent threats to health and safety.

Tenants’ rights groups say the provision is necessary because they say landlords have used loopholes to evict tenants not paying rent, despite statewide law that attempts to stop evictions during the pandemic because of widespread job loss and efforts to keep people at home to avoid spreading the virus. Landlords said limiting their ability to evict problem tenants could harm other renters who have to live next to them.

The rent cap would limit increases to the rate of inflation, but the exact number is unclear. The ordinance said the cap would be based on the inflation rate included in the Consumer Price Index for the San Diego region for April 2020 to April 2021. Only numbers for March are currently available, which had a CPI rate of 4.1 percent.

Changes proposed at the last supervisors meeting were not adopted or crafted into a new ordinance. Supervisor Terra Lawson-Remer wanted language added that evictions could be used for tenants who were “repeated and prolonged” nuisances.

She also asked that people who own two or fewer homes be able to evict renters if they — the owners of the property — want to move back in. The ordinance was written to say a landlord could not evict a tenant if they plan to rehab the property or move into it themselves — both of which are allowed under the law right now.

However, Lawson-Remer added a new ordinance to be considered Tuesday that would direct the county’s chief administrative officer to analyze rent shortfalls of smaller “mom-and-pop” landlords and create a rental assistance program for them using a portion of money given to the county for tenants. No dollar figure was attached the proposal. The proposed criteria for the program would be for recipients who have a net worth less than $5 million.

Rafael Bautista, an organizer with the San Diego Tenants Union, said the group has worked with renters throughout the pandemic who have had landlords try to evict them for various reasons that he said are untrue. Under state law, if a person has lost income due to COVID-19, they are not allowed to be evicted even if they can’t make rent payments.

Bautista said they have heard stories of landlords claiming tenants who can’t make payments due to lost jobs related to COVID-19 are using drugs or are accused of other lease violations that don’t have merit.

“They are not just making things up, they are bullying people,” he said.

Opposition might not be limited to landlord groups, as several public officials called into the previous meeting and Poway has sent a letter to the county in advance of Tuesday’s meeting. The letter, signed by Mayor Steve Vaus and council members, argued the ordinance would usurp local control.

“If the residents and the Poway City Council believe that an eviction moratorium and rent control are needed in our jurisdiction, it should be our decision to make,” the letter said.

Poway’s letter also argued the City of San Diego’s $92.2 million rent relief program has struggled to get applicants and, in their opinion, is a reason why more legislation is not needed. As of Thursday, there were 10,213 applicants for the program, still leaving around $50 million left to be spent. Some financial analysts have said it is likely that back rent is less of a problem than many people think, while activists say it is still a matter of renters not knowing about the program.

If the ordinance passes, it is set to expire likely in late summer. The ordinance states it will remain effective until 60 days after Gov. Gavin Newsom lifts all COVID-19-related stay-at-home orders. That probably will mean June 15 when the governor has said the color-coded restriction tier system will end. So, it is likely the county ordinance will end sometime in August.