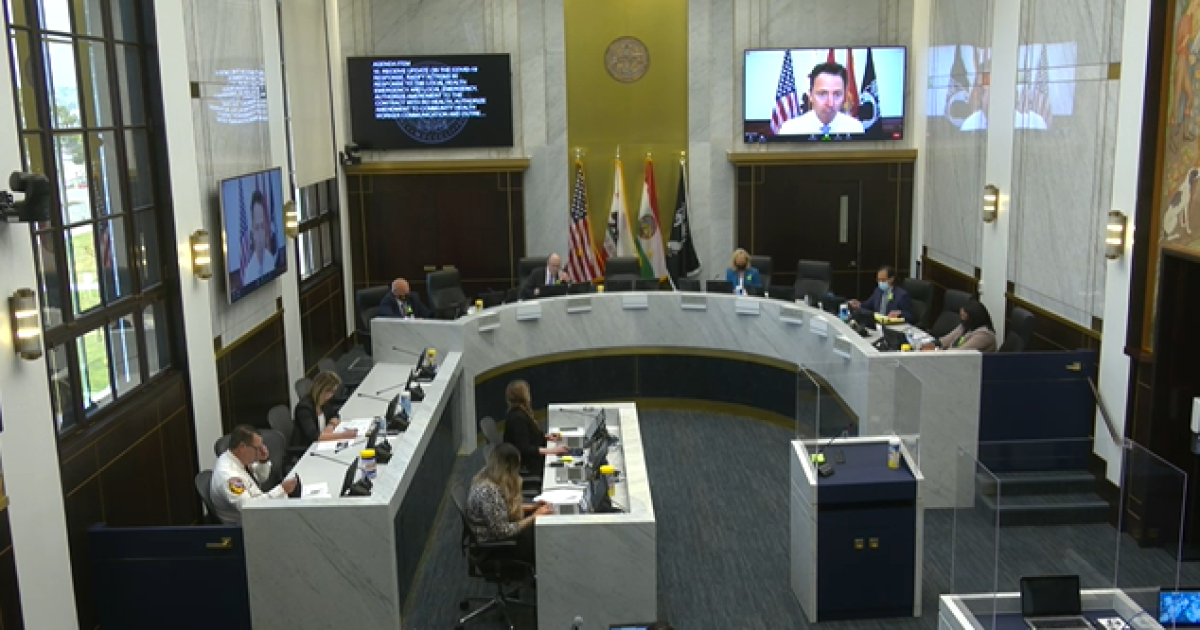 The new ordinance takes effect in early June and lasts until sometime in August. Landlords under the new law can no longer evict tenants for “just cause” reasons, such as lease violations, and can only be removed if they are an “imminent health or safety threat.” This makes it one of the strictest anti-eviction laws in the state.

It also blocks a homeowner from moving back into their property and kicking a renter out, which is allowed now by law.

Rent will be capped at a roughly 4 percent increase but may need some refining before it is implemented. The ordinance said the cap would be based on the inflation rate included in the Consumer Price Index for the San Diego region for April 2020 to April 2021. Only numbers for March are currently available, which had a CPI rate of 4.1 percent.

“There is still not enough protection for tenants,” said Supervisor Nora Vargas, who introduced the eviction bill. “This is temporary aid that will help renters on their journey to recovery.”

Statewide law prevents a renter from being evicted for nonpayment of rent until June 30 due to income loss related to COVID-19. But Vargas said landlords had found ways to get around the law by saying they had violated something in their lease.

There was immense public interest in the ordinance. The county received 766 written comments and more than 400 callers into the virtual meeting. The supervisors’ meeting started at 9 a.m. but did not hear the ordinance until slightly after 6 p.m. and the governing body completed voting around 10:30 p.m.

Many small landlords called into the meeting to say it was unfair to put more restrictions on them after a year of eviction bans. Small landlord Sandra Labelle said many people renting properties would need to take rental housing off the market if eviction bans and rent caps continue.

“Small landlords like me will have to somehow figure out how to sell our rentals to pay our mortgages,” she said.

There were also many renters and advocates who said the financial impacts of the pandemic were still wreaking havoc for tenants and they need more help.

Georgette Gómez, a former San Diego city councilwoman, asked the supervisors to pass the measure to give additional protections to workers and the region’s immigrant community.

“This is a small solution, but actually a bold solution, that will provide protections for renters,” she said.

Supervisor Lawson-Remer had introduced several amendments, such as exempting military families from the part of the law that would not allow them to remove a renter if they intended to move back into their own home. The changes were rejected by Vargas. Lawson-Remer tried then to pass them in a separate emergency ordinance but it did not have enough votes. Ultimately, Lawson-Remer voted to approve the ordinance without her proposed amendments.

Opposition came from the Southern California Rental Housing Association, Pacific Southwest Association of Realtors and the California Apartment Association. A letter was sent in opposition of the ordinance that was signed by the mayors of Coronado, El Cajon, Poway, San Marcos, Santee and Vista.

The public officials wrote in the letter that the ordinance violated their right to local control, and many organizations raised the specter of legal action if it passed. Tenants’ rights proponents said the threat of COVID-19 was still an issue despite dropping case numbers and that more protection was needed to keep people in their homes.

Statewide law has attempted to stop evictions during the pandemic because of widespread job loss and efforts to keep people at home to avoid spreading the virus. Renters will not be able to be evicted for nonpayment of rent, if they have lost income due to the virus, until after June 30. The county ordinance will now extend that past August.

There are several programs throughout the county that will pay much of a tenant’s back rent, but have struggled to get applicants. Some economists have hypothesized that the reason is the need for back rent to be paid is less than many people assumed, but public officials have pointed to the difficulty in reaching renters because of language barriers and other issues. Regardless of the reason, many opponents of the ordinance used it as a reason to not pass.

San Diego County’s legislation says it will last for 60 days after Gov. Gavin Newsom lifts all COVID-19-related stay-at-home orders. This probably means June 15, when the governor has said the color-coded restriction tier system will conclude. It says the ordinance will begin 30 days from Tuesday.