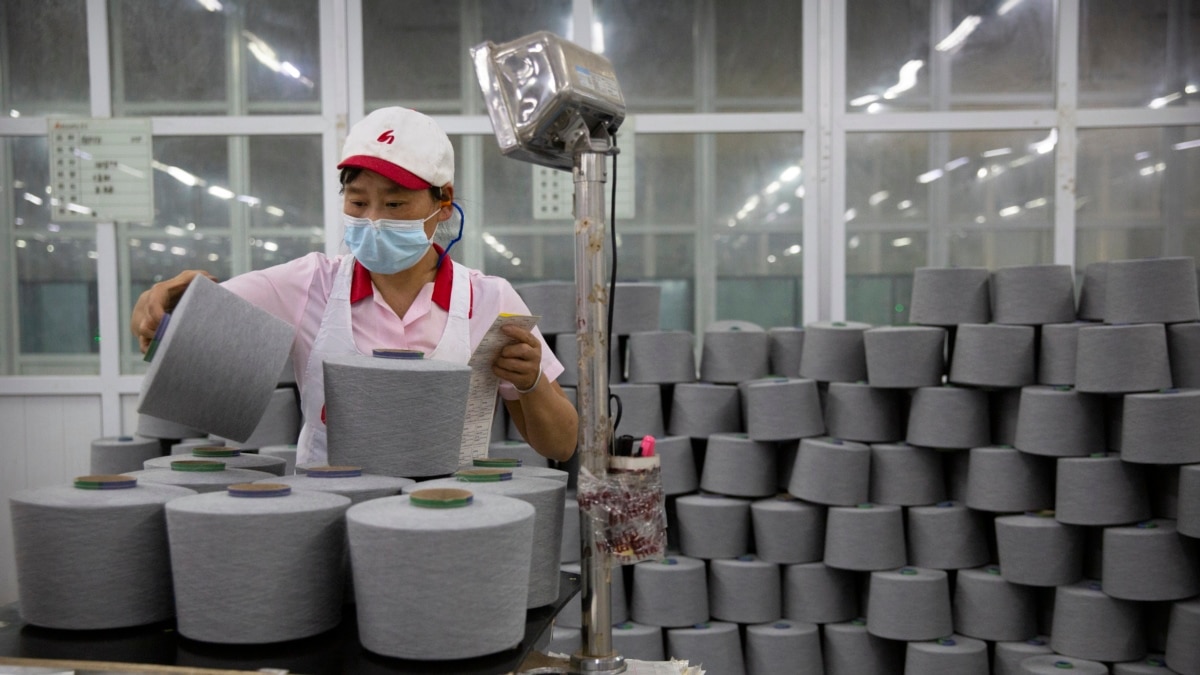 Some global companies could be “unknowingly supporting” China’s use of Uyghur forced labor from the Xinjiang region by importing goods from Chinese companies headquartered in other parts of China, according to a new report.

On June 21, the U.S. government began enforcing the Uyghur Forced Labor Prevention Act (UFLPA), a law meant to ensure goods made “wholly or in part with forced labor” in Xinjiang do not enter the U.S. market.

But enforcement is complicated by a Chinese policy that encourages companies located elsewhere in the country to open operations or manufacturing centers in Xinjiang. The so-called Xinjiang Pairing Assistance Program incentivizes companies to move their manufacturing operations into the Xinjiang Uyghur Autonomous Region (XUAR), according to Nicole Morgret, human security analyst at C4ADS and the author of the report.

“This means that many companies in XUAR are linked to eastern China, whether as subsidiaries of a conglomerate or through investment and corporate officer overlap,” Morgret told VOA.

According to Morgret, global corporations doing business with Chinese companies that have corporate or manufacturing ties to Xinjiang risk “unknowingly” supporting forced labor.

“[Chinese] manufacturing corporations in the Uyghur region closely collaborate with the local government entities carrying out repression,” Morgret said. “As such, global stakeholders will have to improve their due diligence practices to better assess the domestic Chinese corporate networks to identify ties to forced labor in XUAR.”

These corporate connections are purposefully obscured and can be hard to track, meaning businesses that source from companies headquartered in other Chinese cities may unknowingly be importing goods produced by forced labor in Xinjiang, according to the report.

Tesco, a British grocery and general merchandise chain, and Esprit, a Hong Kong- and Germany-based clothing manufacturer, may be “inadvertently” buying and selling products tainted by Uyghur forced labor, the report stated.

“According to our analysis, Esprit and Tesco source products from Xinxiang Chemical Fibre, a major chemical fiber manufacturer and state-owned conglomerate based in Xinxiang, Henan,” Morgret said. “Xinxiang Chemical Fibre has two subsidiaries based in the Uyghur region, which means there is a significant risk that it relies on forced labor in its manufacturing process.”

According to Fred Corb-Nathan, media manager at Tesco, the company takes “allegations of human rights abuses” in its supply chain extremely seriously and conducts regular and thorough checks to ensure workers are treated fairly.

“We have not made any orders connected to this site for more than 12 months and have removed it from our approved list of sources,” Corb-Nathan told VOA in an email.

Esprit did not respond to VOA’s multiple inquiries.

While the U.S. government is easily able to identify and block goods imported directly from Xinjiang, it is much harder for relevant agencies to identify goods from Xinjiang that are transshipped through eastern China or third countries, according to Morgret.

“The U.S. government needs to develop better methods to map complex supply chains and can benefit from using methodologies showcased in our report,” Morgret said.

The U.S. government has accused Beijing of rights abuses including genocide and crimes against humanity against Uyghurs and other Turkic Muslim minority groups in Xinjiang. U.S. officials estimate that since at least 2017, China has detained more than 1 million Uyghurs and other Muslim minority groups in Xinjiang, subjecting detained individuals to forced labor, forced sterilization, torture, separation of children from parents and near-constant surveillance.

Beijing dismisses the U.S. accusations as lies, insisting that the country’s policies in the Xinjiang region are aimed at combating what it calls the “three evil forces” of separatism, terrorism and extremism.

According to Liu Pengyu, spokesperson of the Chinese Embassy in Washington, the “allegations of ‘forced labor’ in Xinjiang are nothing but vicious lies concocted” by anti-China forces.

“We admonish the U.S. to correct the mistake immediately, and stop using Xinjiang-related issues to spread lies, interfere in China’s internal affairs and contain China’s development,” Liu told VOA in an email. “China will take necessary measures to safeguard the legitimate rights and interests of Chinese enterprises and workers.”

In the past five years, China has established “a massive state-sponsored system of forced labor” in the Xinjiang region, according to a report published two weeks ago by Sheffield Hallam University.

“Uyghur and other minoritized workers from the region are unable to refuse or voluntarily exit jobs assigned to them by the government,” said the report, Built on Repression.

Goods made by forced labor

According to Laura Murphy, professor of human rights and contemporary slavery at Sheffield Hallam University and one of the authors of Built on Repression, the U.S. government has identified products with tomatoes, cotton and polysilicon, a key raw material in solar panels, as being at particularly high risk for being made with Uyghur forced labor.

Products tainted with Uyghur forced labor also include “apparel and shoes made of all fabrics, all new energy technologies, extractive industries such as coal, copper, and rare earth materials, electronics, building materials and machinery,” Murphy told VOA. “And the government has now told companies it is their responsibility to ensure that they are not bringing those forced-labor-made goods into the homes of consumers in the U.S.”