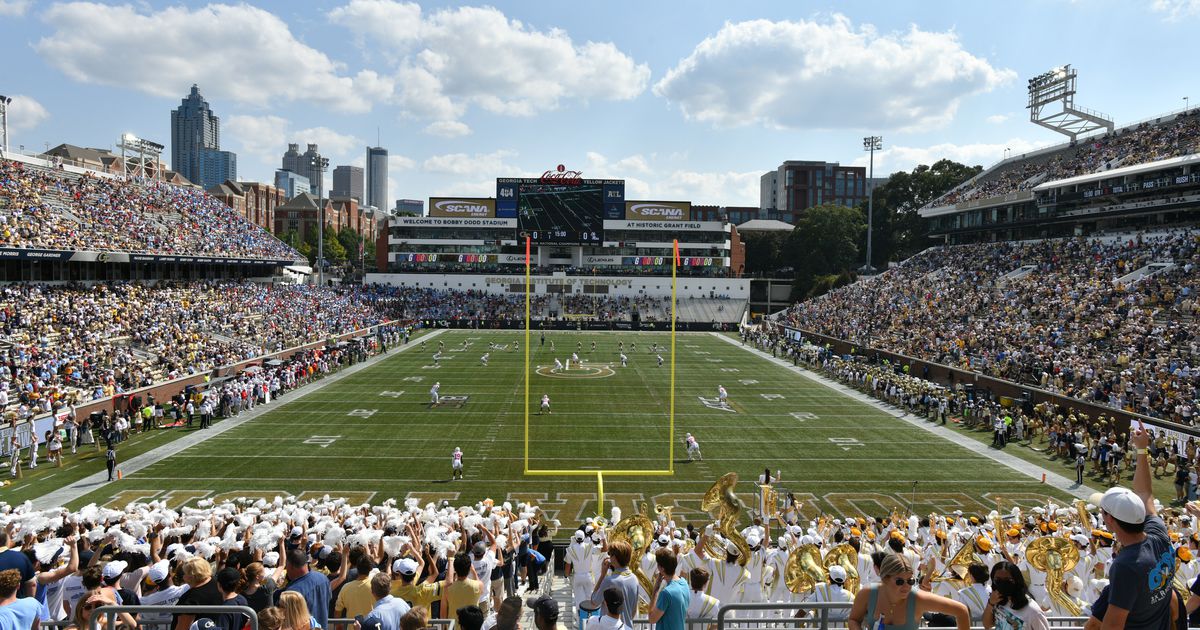 “We’re excited to welcome J to Georgia Tech. His leadership experience at one of the most competitive programs in the nation and his extraordinary track record in fundraising and revenue generation will bring great value to Georgia Tech,” said Georgia Tech President Ángel Cabrera. “As a former ACCstudent-athlete, J has a keen appreciation for what it takes for students to compete at the highest level while pursuing a degree at a top academic institution. He values and shares our culture of excellence and integrity and our commitment to student well-being and success. I look forward to working with him to secure and invest the resources necessary for a successful athletics program.”

As athletic director at Georgia Tech, Batt will report directly to Cabrera and serve as a member of his cabinet. He will be responsible for planning, developing, administering, and advancing Georgia Tech’s intercollegiate athletic programs, with a focus on building an environment that inspires and empowers student-athletes to be champions in academics, competition, and life.

“My family and I truly appreciate President Cabrera and his team for this opportunity, and we are incredibly excited to join the Georgia Tech family,” said Batt. “I look forward to working with our student-athletes, coaches, staff, supporters, and fans to reach new heights, on and off the field, and to build on the rich tradition and history of this storied athletics department. We can’t wait to become a part of the Atlanta community. Go Jackets!”

Batt was named the top candidate by Cabrera following a national search led by Parker Executive Search. The selection process included interviews with a committee comprised of a coach, senior athletics administrator, student-athlete, student-athlete alum, and faculty member who recommended a set of finalists for consideration by the president. The board of trustees of the Georgia Tech Athletic Association voted unanimously to approve Cabrera’s proposal to appoint Batt.

According to Nick Saban, University of Alabama’s head football coach, “Since arriving at Alabama, J has positively affected our program through the success of the Crimson Standard Initiative while being a trusted advisor to our athletic director, Greg Byrne, and an essential part of our administrative team. We set a vision for the future of Alabama Athletics and Alabama football through the Crimson Standard and J as well as his team delivered with impressive results.”

University of Alabama President Stuart R. Bell added, “Georgia Tech has made an outstanding hire in J Batt. He is a rising leader within intercollegiate athletics and has made a great impact during his time at the University of Alabama. He is a proven administrator and fundraiser and will be a great ambassador for the Institute and the community.”

Batt joined the University of Alabama Athletics team as senior associate athletic director in 2017. He was responsible for guiding revenue generating, including charitable giving, ticketing, Tide Pride, and other revenue sources. He was promoted to COO and senior deputy athletic director in 2021 and to executive deputy director, COO, and chief revenue officer in 2022. Batt oversaw the successful development, implementation, and launch of the Crimson Standard, Alabama Athletics’ 10-year, $600 million capital initiative. He also provided day-to-day leadership of the department as a member of the Athletics executive team and served as the sport administrator for men’s basketball.

“J has been such a strong leader as part of our executive team at Alabama. He has incredible vision and has done an outstanding job overseeing many areas of the department, beginning with development when he arrived in 2017,” said Byrne. “He has done a masterful job with the operations of the department. J has been involved in all of our major decisions and has provided constructive insight and feedback to make us better. His experience working directly with our student-athletes, our coaches and Athletics staff, university leadership, and fan base has prepared him well for this moment. We are thrilled for J, his wife, Leah, and boys, Fitz and Graham. Georgia Tech made a home-run hire with J.”

Nate Oats, Alabama’s head basketball coach, said, “I am extremely happy for J, Leah, and their boys for this opportunity. His work ethic, character, wisdom, and vision for the University of Alabama have been great assets to our men’s basketball program, and we are thankful for everything he has done to help our team and staff. I think he is a perfect fit at Georgia Tech, and I’m excited to see what the future holds under his leadership.”

Previously, Batt was senior associate athletic director at East Carolina University and executive director of the Pirate Club, a position he held from 2013 to 2017. As a member of the ECU athletics executive leadership team, Batt oversaw a development operation that increased total fundraising in 2016 by more than 60% over ECU’s previous best year. He also served as an associate AD and executive director of the Terrapin Club for the University of Maryland from 2011 to 2013. He joined the Terrapin Club staff in 2009 and served as executive director beginning in September 2011. Before his tenure at Maryland, Batt worked in athletics fundraising at James Madison University, the College of William & Mary, and his alma mater, the University of North Carolina at Chapel Hill.

A member of the Tar Heels’ 2001 NCAA champion men’s soccer team, Batt graduated from UNC with a bachelor’s degree in journalism and mass communications and a master’s degree in sports administration.