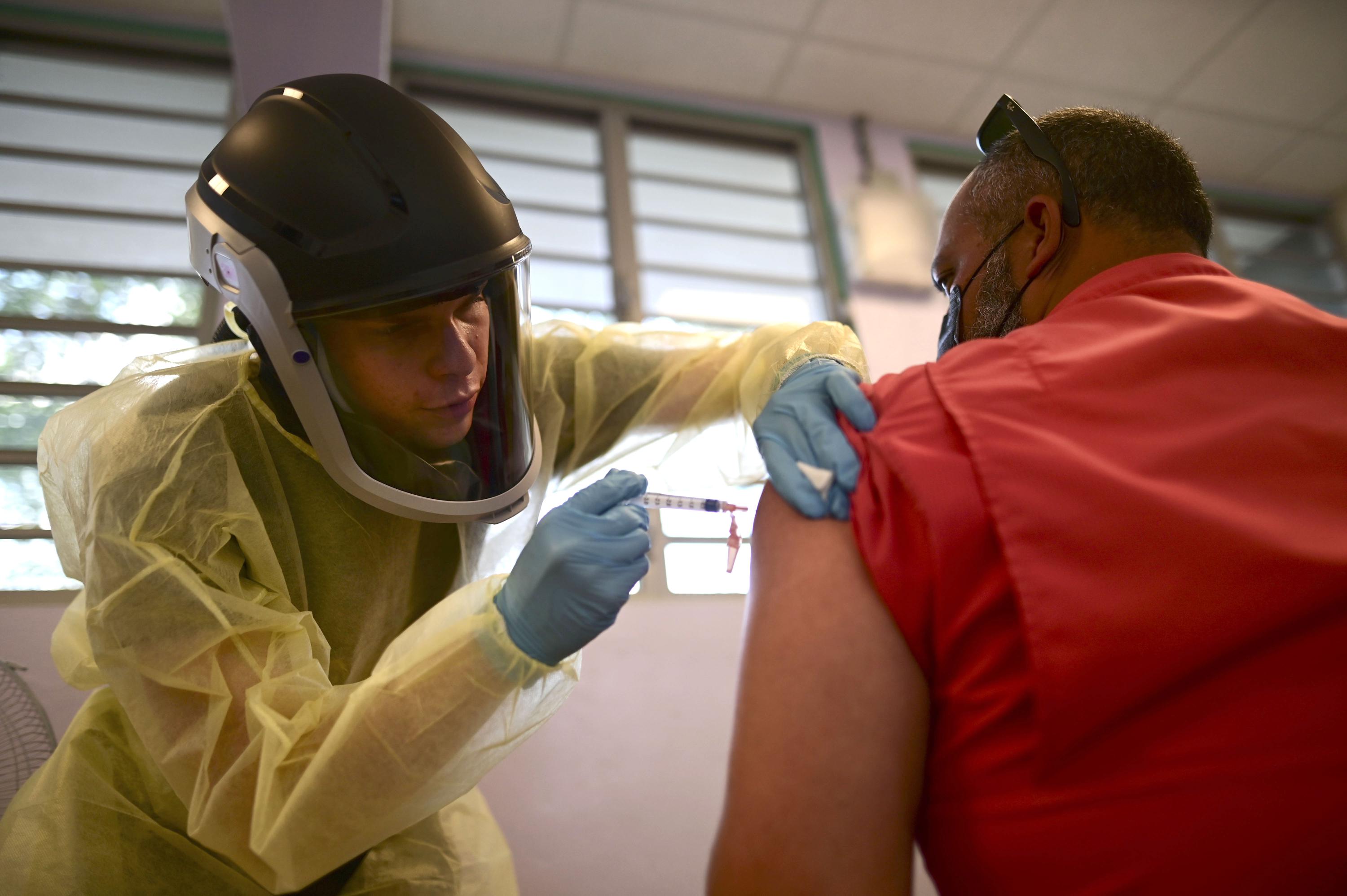 SAN JUAN, Puerto Rico (AP) — Puerto Rico seemed to be sprinting toward herd immunity this spring before people began letting their guard down against COVID-19 and new variants started spreading across the U.S. territory.

Now, a spike in cases and hospitalizations has put medical experts at odds with the government, which is struggling to protect people’s health while also trying to prevent an economic implosion on an island battered by hurricanes, earthquakes and a prolonged financial crisis.

“The difficulty here is how do you find a Solomonic decision … to give people the opportunity to work and be responsible and also maintain health as a priority,” said Ramón Leal, former president of Puerto Rico’s Restaurant Association. “These are hard conversations.”

It’s a delicate balance for an island that imposed a lockdown and mask mandates ahead of any U.S. state and has some of the strictest entry requirements of any American jurisdiction — measures that helped contain infections before the latest surge.

The pandemic has unleashed the second-biggest economic drop Puerto Rico has seen since recordkeeping began in 1980, according to José Caraballo, a Puerto Rico economist. The biggest was caused by Hurricane Maria, which inflicted more than $100 billion in damage in 2017, with nearly 3,000 people dying in its sweltering aftermath.

More than 30,000 jobs have been lost because of the COVID-19 outbreak, and at least 1,400 businesses have closed, Caraballo said — this on an island that saw nearly 12% of its population flee in the past decade and whose government is struggling with crushing debt that led it to file for the biggest municipal bankruptcy in U.S. history in 2017.

“I’m taken aback by what the people of Puerto Rico have had to endure,” Caraballo said.

Many of those who remain are mourning over lost homes, jobs, businesses or loved ones.

Luis Ángel Sánchez has two close friends in the intensive care unit and lost his father and son to COVID-19 in April 2020 less than two weeks apart. Sánchez got vaccinated in mid-March.

Sánchez said people should keep their guard up and exhorted the government to impose stricter sanctions on those not following COVID-19 measures.

Gov. Pedro Pierluisi has resisted tighter restrictions, saying that another lockdown would be too extreme and that things will keep improving and the island could achieve herd immunity by August: “The solution is vaccination.”

More than 2 million doses have been administered on the island, with a robust 55% having received at least one shot and 27% two.

While health authorities say they are relieved many are eager to get vaccinated, they note that some people who are not yet fully protected are disregarding restrictions that include a more than yearlong curfew.

That and the presence of at least seven COVID-19 variants on the island are believed to be contributing to the rise in cases. Another factor, experts say, is a drop in testing from an average of around 7,000 tests a day to 2,000, a trend blamed on people becoming fixated on getting vaccinated.

The fight against COVID-19 has also been complicated by a drain of medical talent to the U.S. mainland.

The number of doctors in Puerto Rico is down to 9,000 from 14,000 in 2006, said Dr. Víctor Ramos, a pediatrician and president of the island’s Association of Surgeons. Similar drops have been seen among nurses and technicians.

Ramos and other health experts say the governor should temporarily ban indoor dining, a measure imposed last year. Currently, restaurants and other places are restricted to 30% capacity, but officials say the limit is hard to gauge and question whether it is even being followed.

It’s an issue the government and business owners have clashed over repeatedly, with the industry insisting that it’s safer to eat at a restaurant indoors, given all the safety protocols, than in someone’s house.

Mateo Cidre, the owner of four restaurants and bakeries, said the industry has not recovered from the nine weeks last year in which restaurants could only do delivery, carryout or curbside pickup. He suffered heavy losses and applied for a suspension of car and home payments.

He criticized the government for not further loosening restrictions even when there has been a drop in cases.

“They’ve never been flexible with us,” he said. “It’s been a very tiresome road.”

Those being squeezed by the restrictions say the governor should impose tighter restrictions at the airports, where only about 30% of those arriving carry the required negative COVID-19 test. Several tourists have been arrested for lashing out at authorities after refusing to follow health instructions.

A voluntary, 14-day confinement option was lifted on Wednesday, and those who don’t have a negative test face a $300 fine if they don’t present one within 48 hours. However, there is no system to fine them on arrival; it is up to people to voluntarily fill out a document online later so that they can be fined.

“The thing I’m most anxious about,” said Colón-Ramos, who oversees the scientific council, “is thinking that there are people alive today who can be saved or can die depending on how Puerto Ricans behave.”