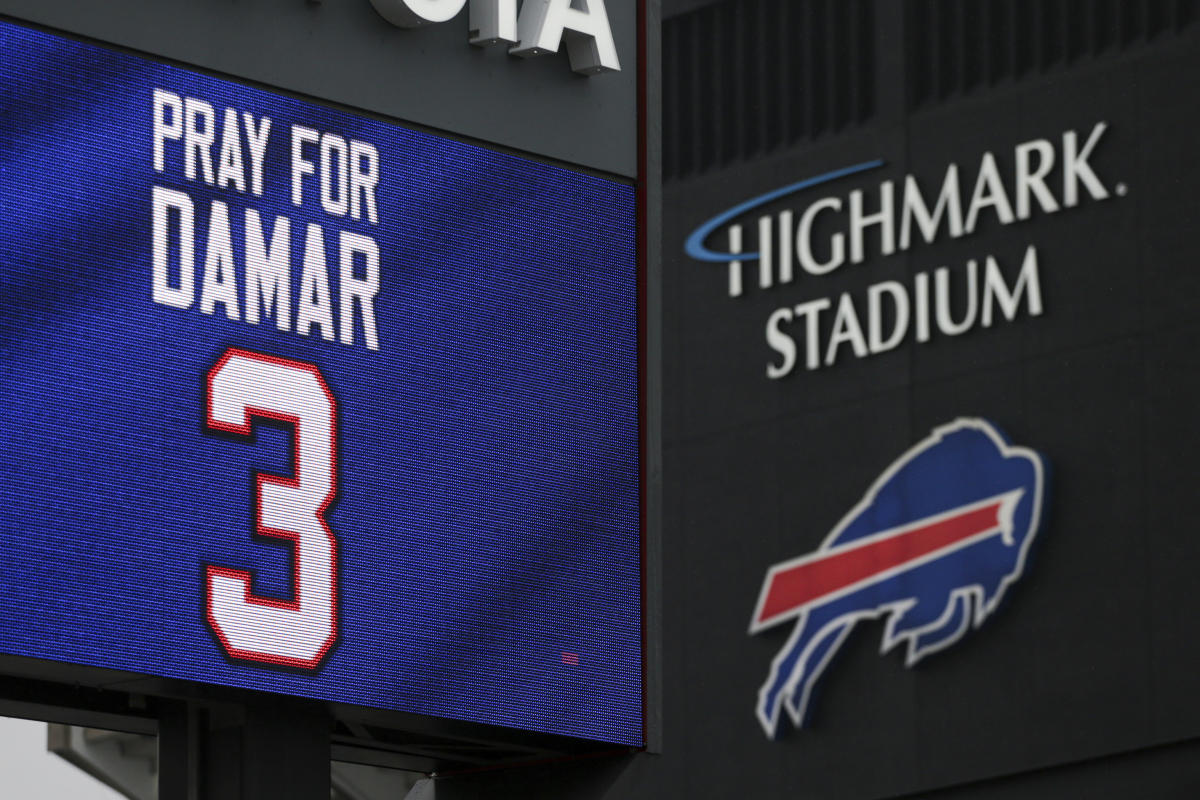 The family of Buffalo Bills safety Damar Hamlin received a visit from President Joe Biden on Wednesday, two days after the player went into cardiac arrest on the field during “Monday Night Football.”

Speaking with reporters after the visit, Biden said he spoke “at length” with Hamlin’s parents. The president was in Cincinnati to discuss the nearby Brent Spence Bridge project.

When asked if the NFL was becoming too dangerous, Biden touted recent efforts to make the sport safer, but indicated there was only so much that could be done:

“You’ve got guys that are 6-foot-8, 340 pounds running a 4.8 40, hit somebody with that kind of force — now that’s not what happened here. I don’t know how you avoid it. I think working like hell on the helmets and the concussion protocols, that all makes a lot of sense. But it is dangerous and you’ve got to just acknowledge it.”

White House press secretary Karine Jean-Pierre previously acknowledged Hamlin’s condition on Tuesday, saying the president was aware of the “horrific” story and expressing hope for his recovery, while declining to speculate on “hypotheticals” when it came to player safety.

Hamlin remains in critical condition in the ICU at the University of Cincinnati Medical Center. The Bills announced Wednesday afternoon he had shown signs of improvement since Tuesday, but will remain in the ICU indefinitely.

The situation began when Hamlin collapsed in the first quarter of Monday night’s Bills-Bengals game after taking a hit from Cincinnati Bengals wide receiver Tee Higgins square in the chest during a tackle attempt. After getting up, Hamlin went into cardiac arrest, leading to medical personnel restarting his heart on the field. After receiving CPR for nearly 10 minutes, Hamlin was loaded into an ambulance and rushed to the hospital.

The haunting scene led to the NFL taking the unprecedented step of suspending the Week 17 game indefinitely, and it seems unlikely the league will be able to play the rest of the game given that the regular season is set to end this weekend with the playoffs starting a week later.

Hamlin’s condition has received concern from across the country, particularly in the football world. A two-year-old GoFundMe in Hamlin’s name quickly became a rallying point for his supporters, accruing over $6 million in donations in 48 hours with donations from names like Tom Brady, Russell Wilson, Jim Irsay, Robert Kraft and Matthew Stafford.

Damar Hamlin’s condition has raised new questions about the safety of football, but much remains unknown about what led to the Bills safety going into cardiac arrest during “Monday Night Football.” (AP Photo/Joshua Bessex)