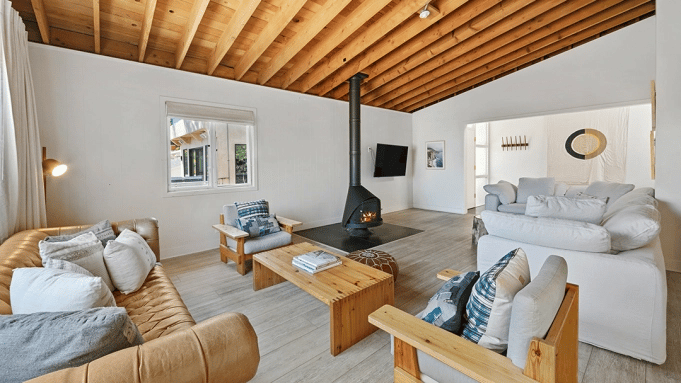 Back in March, one of California’s original gal shredders, Janet MacPherson died, although it wasn’t exactly sudden, the old broad was eighty-four.

MacPherson, who started surfing after a trip to Hawaii in 1955, said sometimes men would chuck rocks at her ‘cause they didn’t dig a gal surfing.

In an obituary in the NY Times, her son, the hotelier Shaun MacPherson, told ‘em, “Whenever Janet caught a wave, everyone — truly everyone — backed off and gave her the right of way. Janet was in a category of one.”

In the same obit, her daughter-in-law, Rachelle Hruska MacPherson, founder of the Lingua Franca label, said, “She embodies everything about female empowerment. Doing what you want to do, how you want to do it, on your terms. She never once mentioned being a feminist. She didn’t have to — she just was.”

Anyway, by virtue of being one of the first on the scene, ol Janet accumulated a vast property portfolio along the Malibu coast. And following her death, the family has been slowly offloading each piece, pretty house by pretty house.

A joint in Malibu Canyon fetched $4 million, another on PCH across the road from La Costa Beach is under contract for $2.6 mill.

Until her death in March, the house pictured, four beds, three bathrooms, along with a garage and a separate studio apartment, was bringing Janet ten grand a month.

If you want to buy the place it’s hovering around two-and-a-half mill, and you can buy the “California coastal-chic furnishings” if you want to chip in a little more. 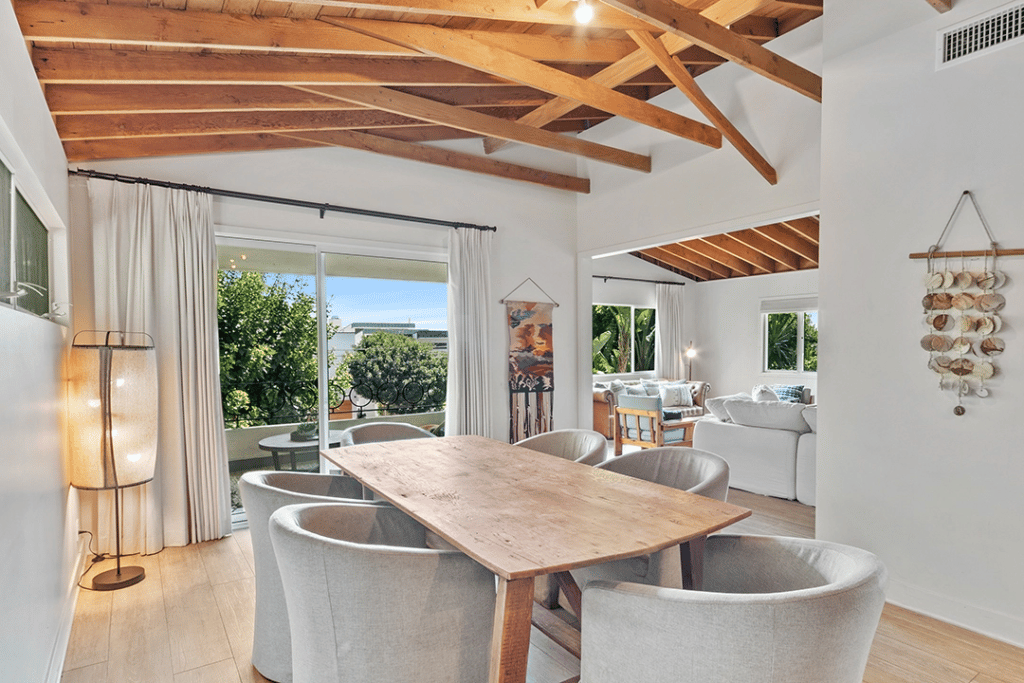 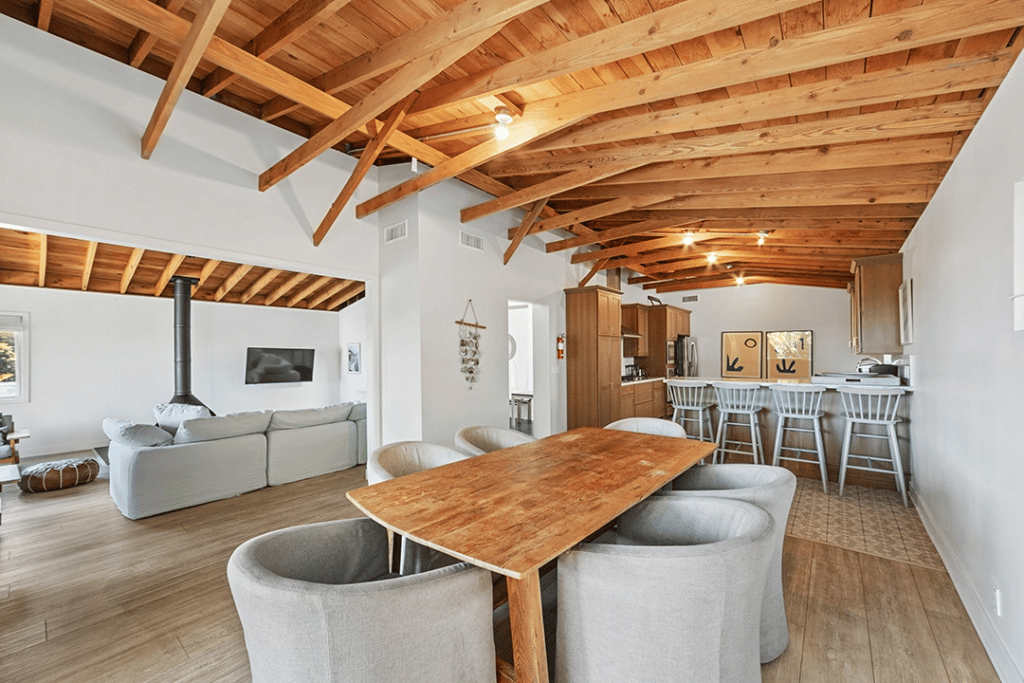 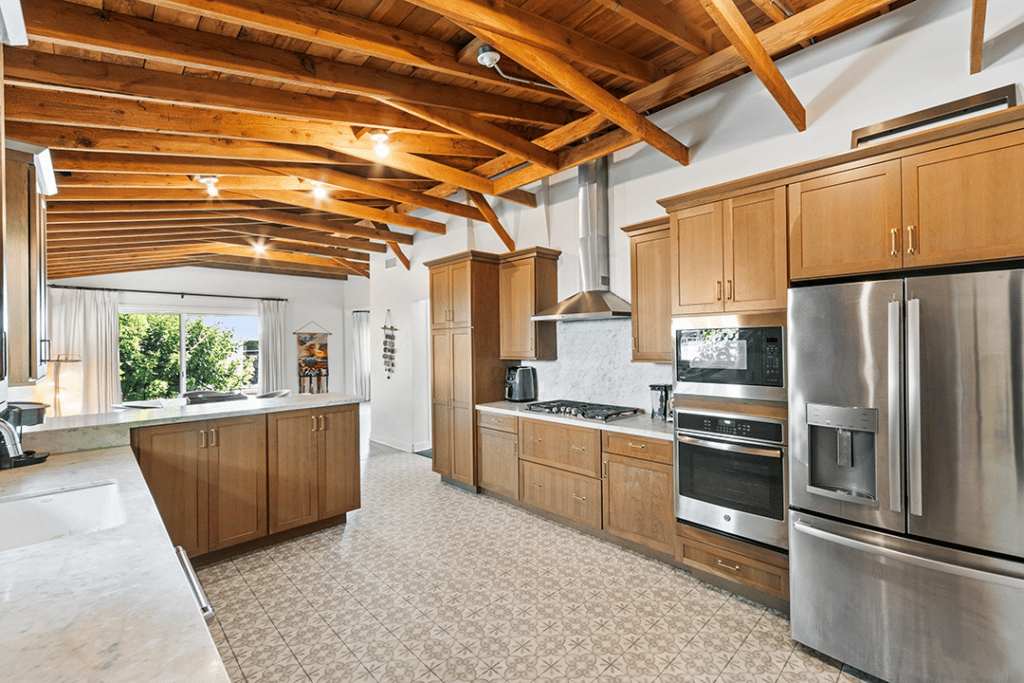 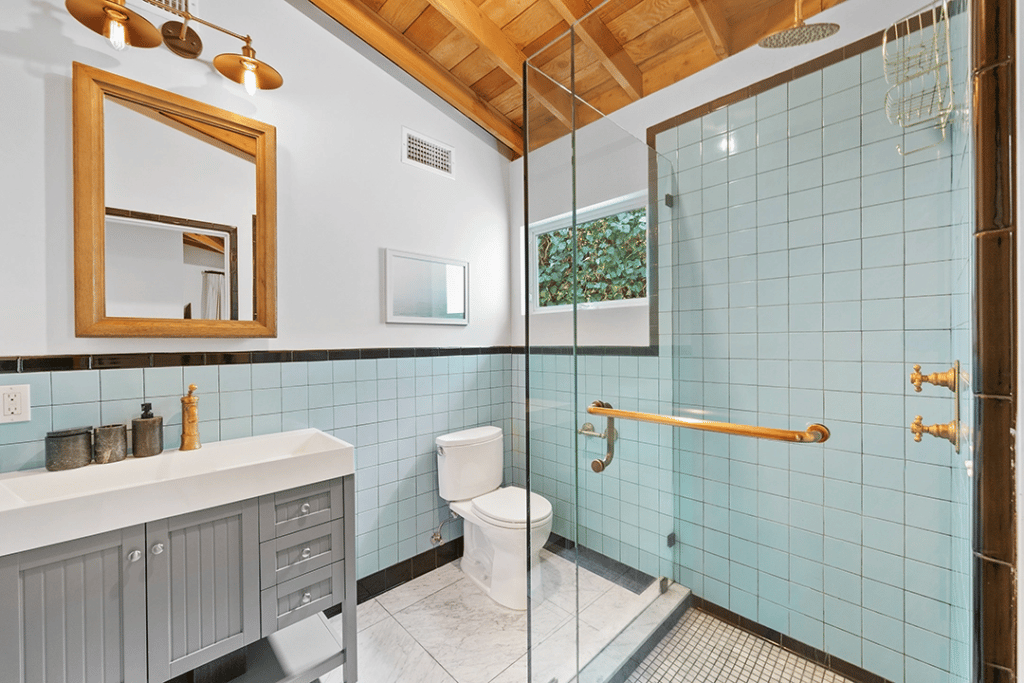 Important note: if you buy, you get membership to La Costa Beach & Tennis Club, built right on the sand there on one of Malibu’s quieter beaches.

Yet to go on the market is a three-unit apartment building on Carbon Beach, a duplex looking over Broad Beach and another three-apartment complex above Point Dume.

A windfall for the kids, yes?