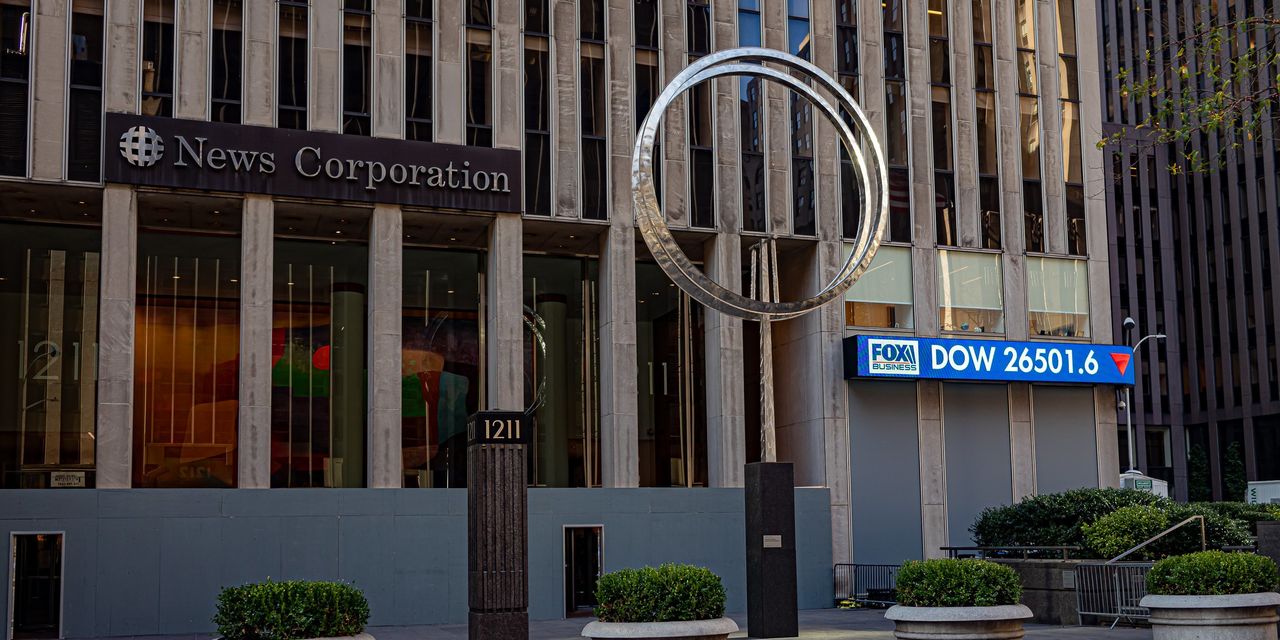 The New York-based media company, whose holdings include The Wall Street Journal and HarperCollins Publishers, swung to a profit of $79 million, or 13 cents a share, compared with a loss of $730 million, or $1.24 per share, in the year-earlier quarter, when the company took a big noncash impairment charge.

News Corp’s total revenue rose to $2.34 billion in the quarter, up from $2.27 billion a year earlier. Growth was partially offset by weakness in print advertising and the loss of contributions from the coupon-publishing unit the company sold last year.

The company posted a 23% increase in earnings before interest, taxes, depreciation and amortization, reflecting improved profitability at several units.