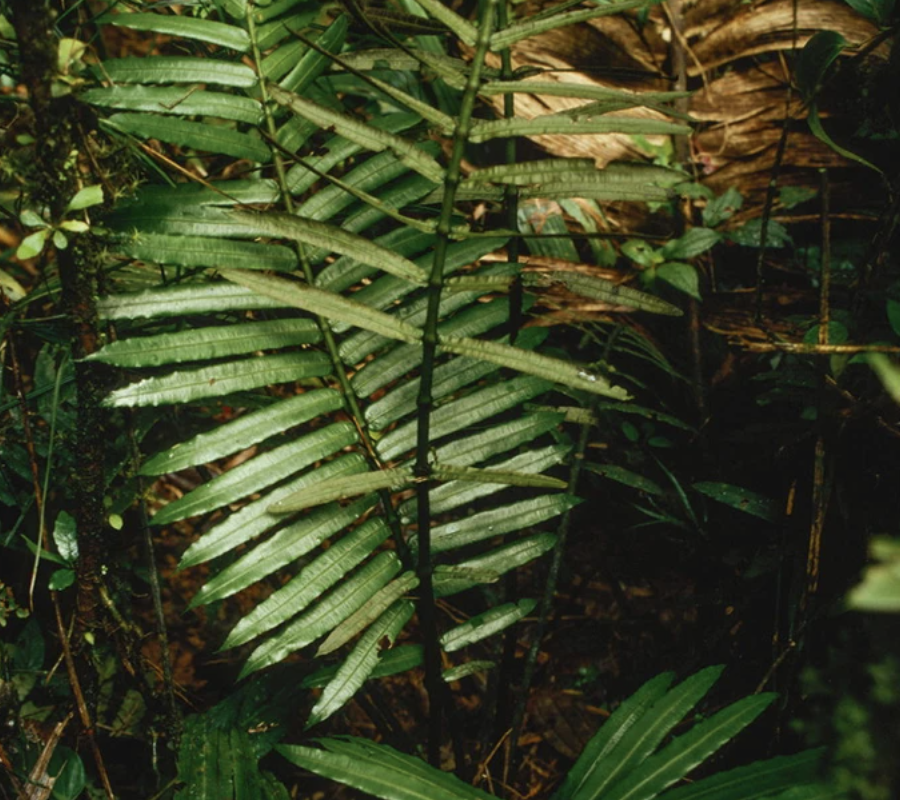 Researchers have described six species of ferns new to science from the tropical forests of Panama, Colombia, Ecuador and Peru, all in the genus Danaea.

“The described species are no tiny or unnoticeable creatures. They range from 20cm to 2m tall” — from 8-79 inches — “and some of them are very common locally,” Janina Keskiniva, a doctoral researcher from the University of Turku in Finland, described the ferns in the journal Kew Bulletin, said in a statement.

Danaea gracilis is a small (10cm) fern found along the Pacific coast from Ecuador through Colombia to southern Panama. The fern grows inside protected areas and appears to be relatively abundant with no looming threats to its subpopulations. Photo by Patrick Blanc from Keskiniva & Tuomisto 2022

Although these species have just been formally described, most of them had been preserved as specimens going back years and even decades ago — some as far back as the 1800s.

Botanists have long collected plants in the field and deposited them in a herbarium, a place where dried plant samples are kept for future studies and record keeping. Researchers digging through the old Danaea samples were researching ecology and evolution with the goal of understanding the biodiversity of Amazon ferns. Because tropical ferns are still poorly studied, this deep dive into the preserved ferns has yielded several new species.

Danaea stricta, grows in Panama and on the Pacific side of the Andes in Colombia, in the Chocó region. This fern has only been collected in five locations, suggesting it’s rare and has a small range.  Photo by Hanna Tuomisto from Keskiniva & Tuomisto 2022.

“For all these years, the specimens have been curated in different herbaria. Now we could combine all that accumulated information from the herbaria with fresh insights from field studies made by us and our colleagues,” Keskiniva said.

“We are especially interested in what factors determine which species grow where and why, and what are the drivers behind the evolution of new species,” Hanna Tuomisto, a professor at University of Turku and co-author of the study, said in the statement. “In the beginning, I was not interested in describing new species, but I soon realized that it is impossible to communicate about ecology and evolution if the species we are studying have no names.”

One of the new species, Danaea alansmithii, was first found in 1998 growing in dense thickets that extended several kilometers in each direction in a lowland forest in the Colombian Amazon. The fern was named in honor of Alan R. Smith, professor emeritus of botany at the University of California, Berkely, who the authors credited with making significant contributions to fern systematics. 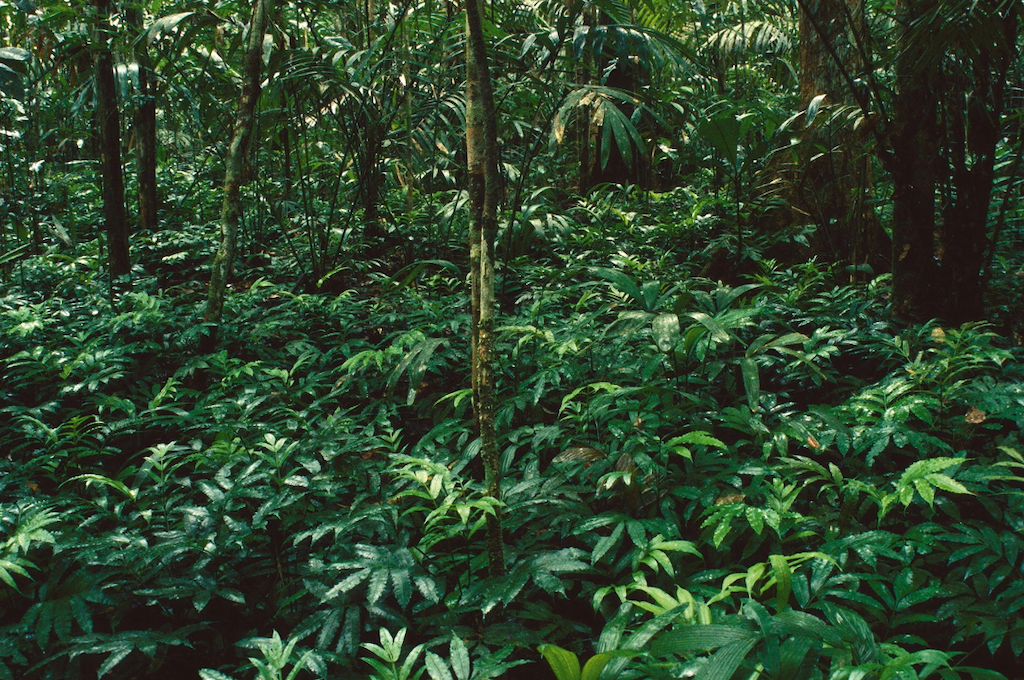 Danaea alansmithii grows in thickets. Here it is seen in Colombia in Río Caquetá. Photo by Hanna Tuomisto from Keskiniva & Tuomisto 2022

“Because there are few people in the area and the forests are largely intact, the new species [D. alansmithii ] seems to be doing well,” Tuomisto said. “In contrast, another one of the new species [Danaea tenuicaulis] is already threatened by extinction due to advancing deforestation in the Colombian coastal rainforests.”

Samples of D. tenuicaulis came from just seven locations on Colombia’s Pacific coast, none of them in protected areas. The plant’s habitats are “suffering continuing decline from deforestation and urbanisation,” the study says, so it has been assessed as vulnerable according to IUCN Red List criteria. 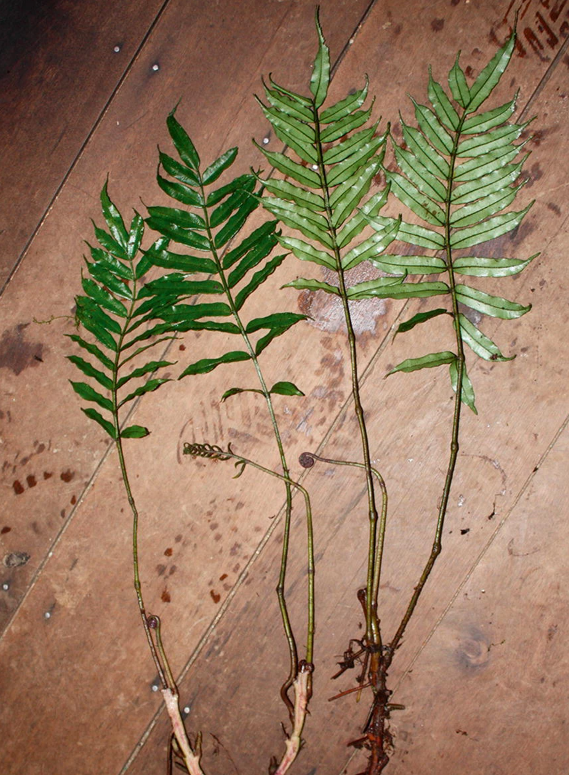 Danaea tenuicaulis has been found in only seven locations and is considered vulnerable to extinction. Photo by Michael Kessler from Keskiniva & Tuomisto 2022.

Another of the newly described species, Danaea stricta, grows in Panama and on the Pacific side of the Andes in Colombia, in the Chocó region. This fern has only been collected in five locations, suggesting it’s rare and has a small range. However, because two of its known locations are inside protected areas (Chagres National Park and Darién National Park, both in Panama) with no threat to the subpopulations, it has been classified as being of least concern on the IUCN Red List.

The other species are all doing well, the study reports. Danaea gracilis grows inside protected areas and appears to be relatively abundant with no looming threats to its subpopulations. Danaea lanceolata is found in northwestern Amazonia from Ecuador to Colombia and in northern Peru and is abundant and widespread. Danaea vanderwerffii occurs in Panama, with many plants inside protected areas. This fern was named after Henk van der Werff, who collected many of the known specimens of this species. 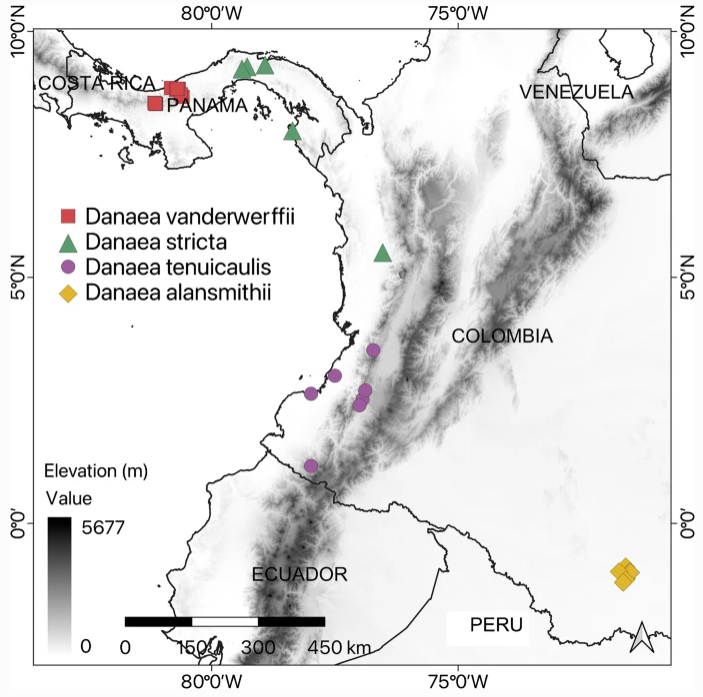 Scientists estimate that only 10% of all species on the planet have been described, leaving many more species of plants to be discovered.

“Every year, as scientists explore the world’s ecosystems, search herbaria and fungaria, sequence organisms’ DNA and, increasingly, browse social media, they come across species of plants and fungi that have not been scientifically described,” says the “State of the World’s Plants and Fungi 2020” report, released by the Royal Botanic Gardens, Kew, U.K.

Gabriela Zuquim, a researcher at the University of Turku who recently described an unrelated fern in the Dennstaedtia genus, said the varying soil conditions in the Amazon create a patchwork of habitats that affects how species establish and evolve.

“The place where I collected this species has very different soils than most central Amazonian forests,” Zuquim said, “so I am sure many more discoveries can be made there.” 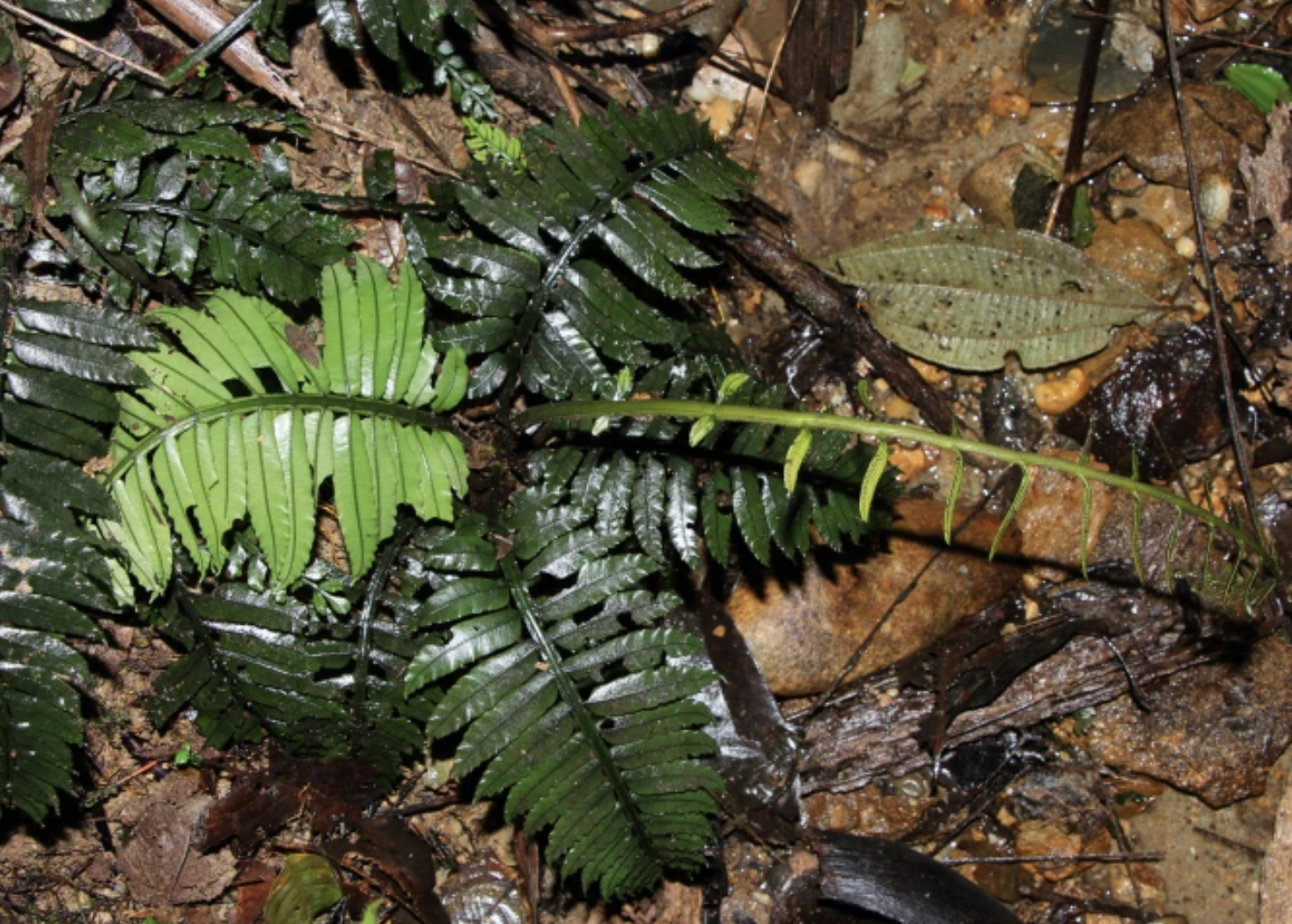 Danaea lanceolata is found in northwestern Amazonia from Ecuador to Colombia and in northern Peru. The fern is abundant and widespread. Photo by Hanna Tuomisto from Keskiniva & Tuomisto 2022.

Liz Kimbrough is a staff writer for Mongabay. Find her on Twitter @lizkimbrough_

FEEDBACK: Use this form to send a message to the author of this post. If you want to post a public comment, you can do that at the bottom of the page.