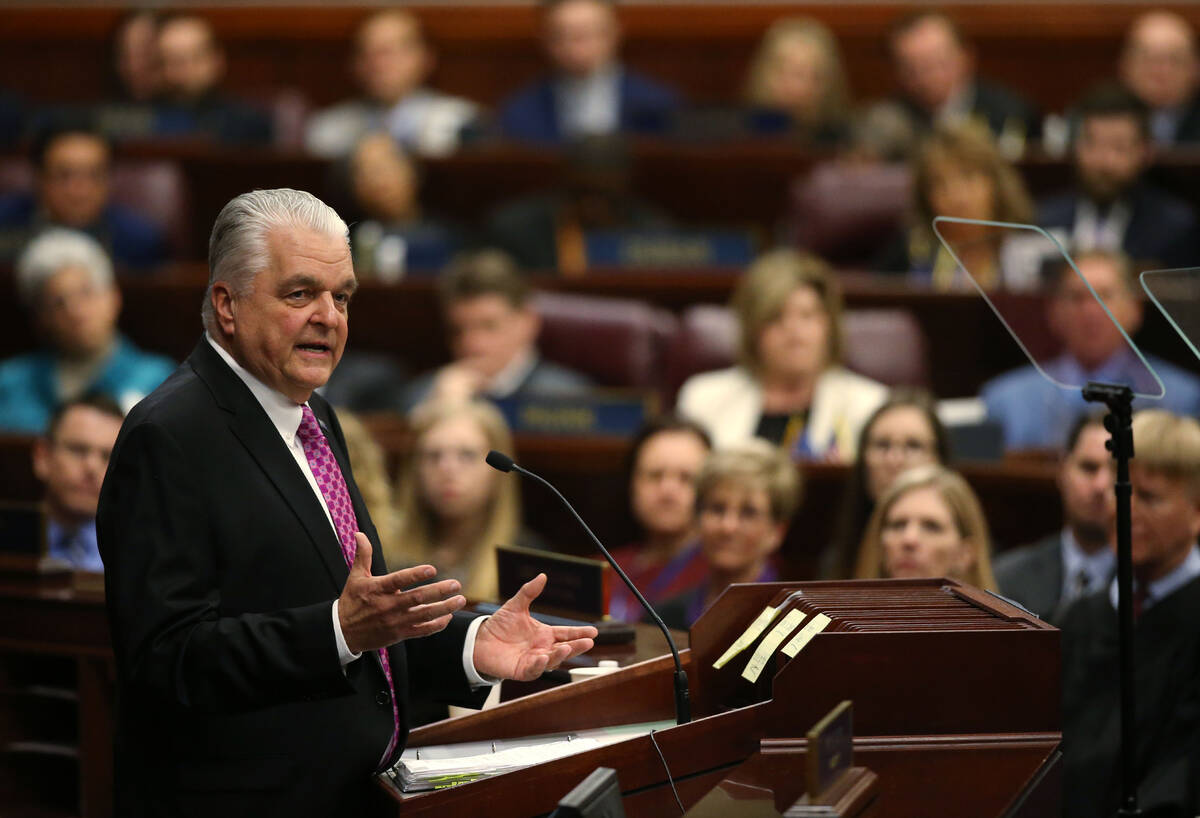 Gov. Steve Sisolak said Thursday that Nevada lawmakers should take up the issue of real estate transfer taxes next session, in the wake of Review-Journal reporting that shed light on numerous high-priced sales that didn’t produce a dime of such revenue.

Sisolak, speaking with the Review-Journal during an affordable-housing event in the southwest valley, said the newspaper’s reporting “brought up the enormity of the situation” and that he is “hopeful” the state Legislature “will look at this in its entirety” when the next legislative session convenes in February.

“We need to capture the transfer tax on those sales,” the governor said.

Numerous lucrative deals in Southern Nevada — worth hundreds of millions or more than a billion dollars apiece — have been structured in ways that allowed the buyers and sellers to avoid paying real estate transfer taxes that support schools and low-income housing in Nevada, a Review-Journal investigation found.

The complex deals, which frequently cite an exemption allowed under state law when property owners transfer real estate to a subsidiary, spare large companies from paying a tax routinely slapped on sales of homes, apartment buildings, warehouses and other sites in the Las Vegas Valley, and the result is untold millions of dollars a year in lost tax collections for governments.

Overall, at least $27.5 billion worth of transactions in the Las Vegas area — comprising roughly two dozen sales that involved hotel-casinos, malls and other properties mostly on or near the Strip — had closed since 2007 without any publicly reported real estate transfer taxes, the Review-Journal reported last month.

In such deals, buyers often acquire a limited liability company or other entity that holds ownership of the real estate, instead of purchasing the property directly.

‘We need the revenue’

In Clark County, transfer taxes make up a fraction of a property’s purchase price, amounting to a tax rate of 0.51 percent. Selling a $300,000 house, for instance, generates a transfer tax bill of $1,530.

Instead, property records show, their combined transfer tax bill came to nothing.

Sisolak said deals big and small need to be analyzed.

“We’re at a time where we need the revenue, clearly, in the state, and it needs to be fair for everybody,” he said.

Casino giant MGM Resorts International, which sold the Bellagio’s real estate and several other properties tracked for the Review-Journal’s report, previously said in a statement that this deal structure “is typical among real estate transactions involving businesses of all sizes, across a wide variety of industries.”

It added: “Every transaction we conduct follows the letter of the law and is in accordance with all regulatory requirements.”

‘I was not aware’

Nevada’s transfer tax has been around for decades, as have exemptions to it.

By 1985, property owners could seek an exemption when transferring real estate between affiliated corporations. Then, in 2007, state lawmakers changed that exemption’s language by swapping “corporation” for “business entity.”

At the time, a lobbyist for a Las Vegas developer did not pitch this as a way to help people avoid transfer taxes in lucrative purchases but as a way for real estate investors to avoid being taxed more than once in certain land deals.

Sisolak said Thursday that lawmakers need to look at the intent of the law, and why people are “using this methodology … to get around paying the tax.”

“Clearly it’s in their best interests to try to save $20 million on the transfer of a hotel property; that’s why they’re doing it, to save the $20 million,” Sisolak said. “But that doesn’t make it right.”

The governor also said that he wasn’t aware these big-money deals were drawn up this way.

“I was not aware this was going on and they were not paying any transfer taxes,” he said.