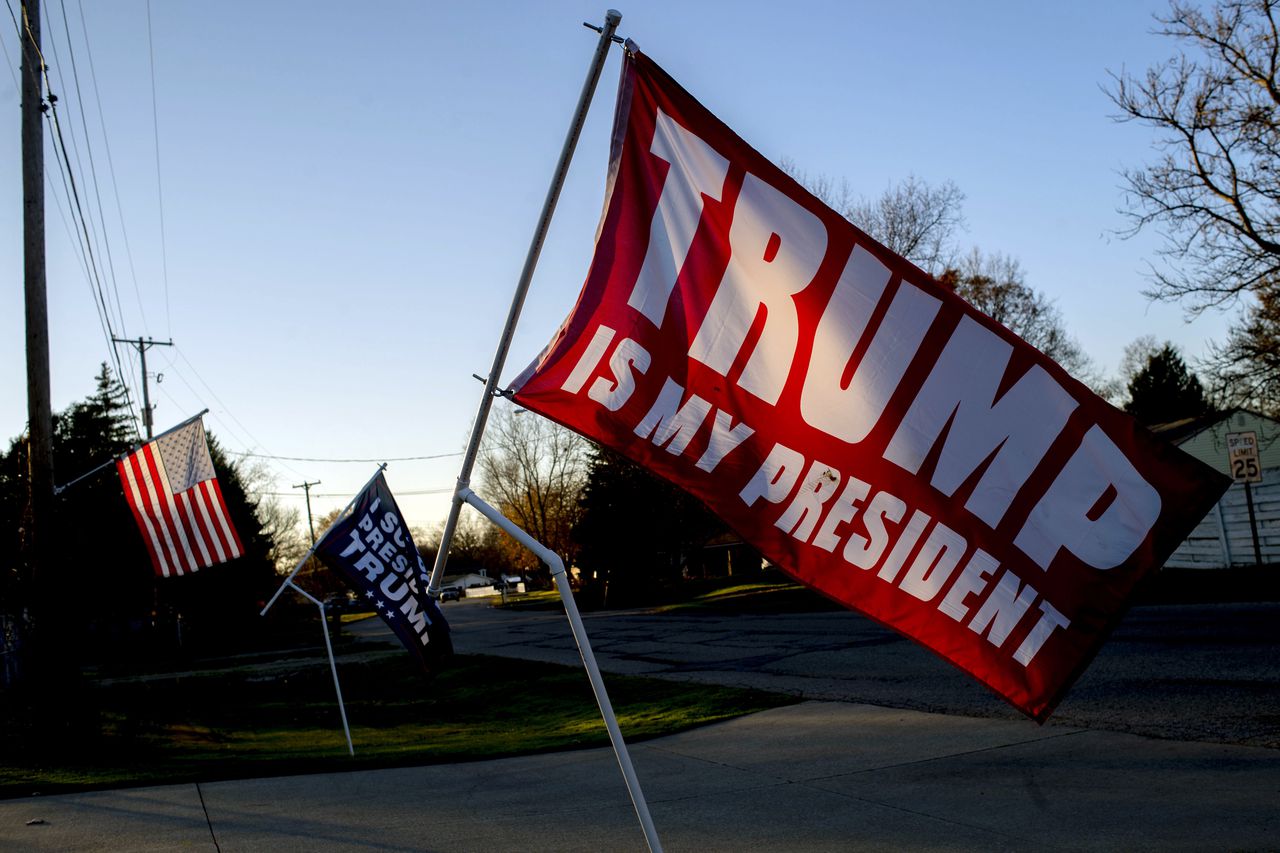 WARNING: This story contains a photo that features profanity.

Roselle Park’s code enforcement department issued a notice of violation to a resident to remove profanity-laced anti-President Joe Biden flags from her property, or be issued a summons.

The homeowner, Andrea Dick, argues the flags, three of which include “F— Biden,” hanging outside her house are protected under the First Amendment, while borough officials contend they break a local ordinance that prohibits signs containing “obscene, pornographic or lewd messages.”

Code enforcement sent a “notice of inspection” by mail to Dick on Wednesday citing the ordinance and stating the signs must be taken down, or she would be issued a summons and the matter would be referred to the municipal court. Officials expect the letter to be delivered by Friday and the flags to be removed by next Monday.

“The Borough is of the opinion that what is being displayed in this instance rises to the level of that which is explicitly prohibited by the Code,” said Roselle Park Business Administrator Andrew Casias.

Three of the six flags on display include the F-bomb, and one features a photo of Donald Trump raising both middle fingers. Mayor Joseph Signorello said property is close to a nearby elementary school, and parents were angered by the inappropriate language on the banners.

The maximum fine for breaking the ordinance is $500 per violation for every day that the violations continue to exist, Casias said.

A display of anti-Joe Biden flags in Roselle Park has drawn concern from parents. The display features curse words and a picture of Donald Trump raising a middle finger.Andrea Dick

“The real problem is, from a neighbor perspective, is it’s a block away from an elementary school. It’s in a high visibility area for children. Most of the ire was drawn from a lot of local parents,” he told NJ Advance Media on Tuesday.

But Dick isn’t backing down.

She said she has spoken with a lawyer and does not plan to remove the flags despite the warning. Dick believes the flags outside her home aren’t “obscene, pornographic or lewd,” as banned under the borough’s ordinance.

“That doesn’t pertain to this,” she said, denying the flags can be defined as “obscene.” “I’m not taking them down. Absolutely, 100% not.”

Alexander Shalom, senior supervising attorney at the American Civil Liberties Union of New Jersey, sided with the homeowner, saying her flags are political speech protected under the Constitution.

He also says Dick’s flags don’t violate the borough’s ordinance, which defines “obscene” as any material that “lacks serious literary, artistic, political or scientific value,” appeals to prurient interests or depicts sexual conduct in an offensive way. The profanity on the flags are a political statement, he said.

There have been several similar incidents across the country in recent months.

Residents in Terryville, Connecticut complained of a profane anti-Biden flag flying outside a house, but the town’s police captain told the Hartford Courant that officers were “unable to intercede as it would violate (the residents’) First Amendment right to free speech.” And in Fargo, North Dakota, an attorney for the city said in February a homeowner’s flag containing an obscenity against Biden is protected and was not in violation of the city’s sign code.

Our journalism needs your support. Please subscribe today to NJ.com.