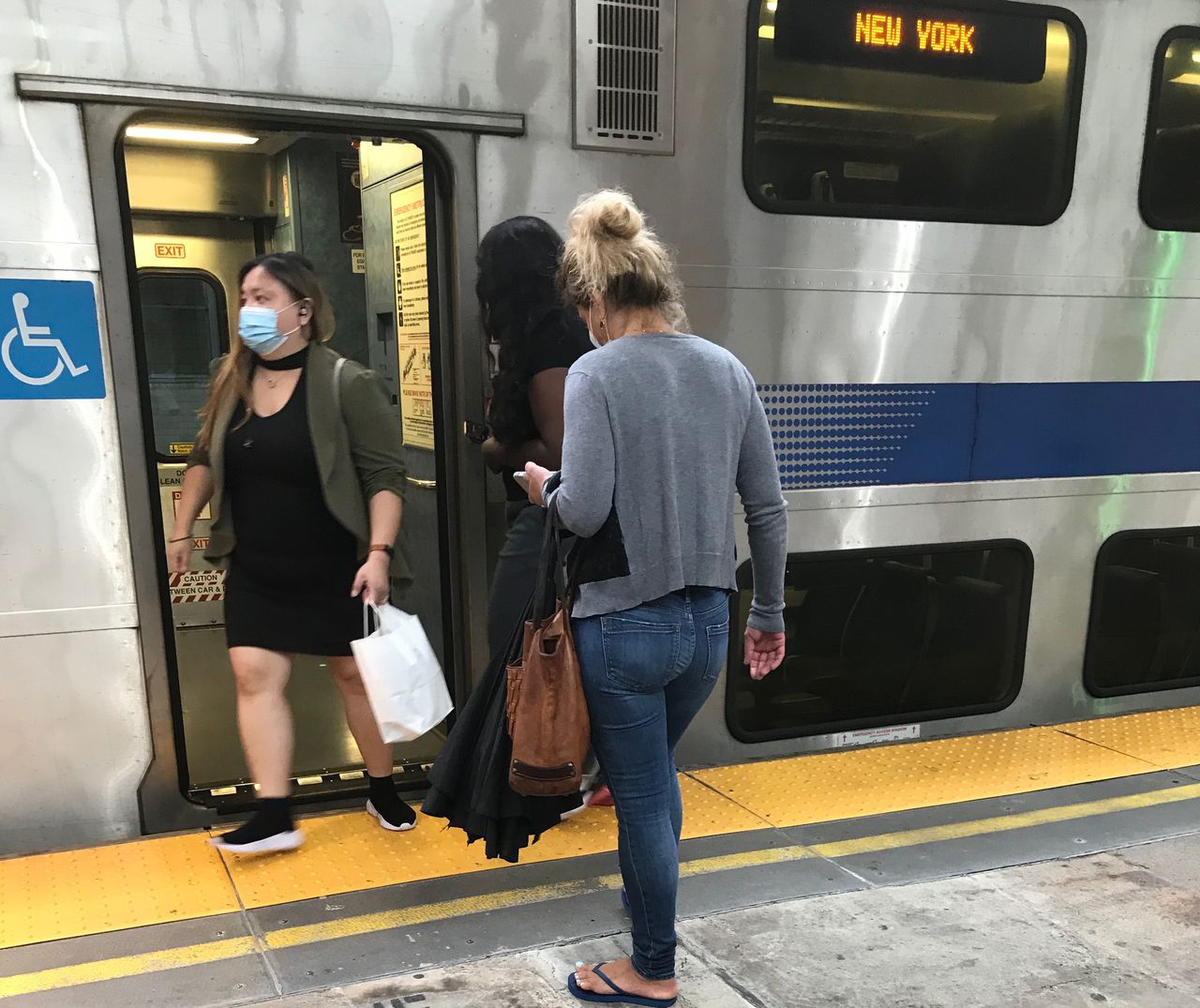 There are now only a few places in New Jersey where the government still requires masks be worn to combat COVID-19 now that Gov. Phil Murphy lifted face covering mandates on NJ Transit in the wake of a federal judge striking down the U.S. government’s mask rules for mass transportation.

Masks are still mandated in the Garden State’s hospitals and other health care settings, as required by the federal government, as well as in congregant settings such as prisons, Murphy said Tuesday.

The governor noted he doesn’t expect those rules to change soon.

“We’ve followed the feds from moment one,” Murphy told reporters after an unrelated event in Paterson. “The health care mandate exists because of the federal government.”

“I don’t have a sense as to whether or not they’re close — either there’s a legal challenge or whether or not the administration is close to changing that,” he added. “I’ll bet you there’s not a lot of appetite for that — would be my guess.”

Murphy has lifted most of New Jersey’s statewide mask mandates over the last few months. He ended requirements in public businesses last May and in schools and government buildings last month.

Individual businesses, schools, and governments can choose to keep their own face covering rules.

The Port Authority is keeping a mask mandate on PATH trains, as well.

“There’s a little bit of a wrinkle,” Murphy said about that decision. “God willing, we’ll get that sorted out sooner or later.”

U.S. District Judge Kathryn Kimball Mizelle of Florida on Monday struck down the federal mandate for masks on mass transportation, saying the U.S. Centers for Disease Control and Prevention improperly failed to justify its decision and did not follow proper rulemaking.

The Transportation Security Administration responded by saying it will no longer enforce the mandate.

Murphy said New Jersey dropped its mandate because “we follow the federal guidelines.”

“So it’s now voluntary on any plane, bus, or train,” the governor said.

Asked if he was disappointed in the judge’s decision, Murphy, a Democrat, said the fact Democratic President Joe Biden’s administration “has chosen not to push back on it tells me they were headed that way anyway.”

New Jersey has dropped the mandate on NJ Transit despite neighboring New York is keeping it on the MTA.

“We do a lot together with New York,” Murphy said. “But we almost always take the lead from the feds. And the feds have chosen not to contest this decision.”

This all comes as New Jersey has seen COVID-19 cases increase again, thanks to the rise of “stealth omicron” subvariants. The state on Tuesday reported another 11 coronavirus deaths and 1,357 confirmed positive tests.

But deaths and hospitalizations have not surged again, while Murphy and other officials have said the pandemic has moved into a new era, thanks to vaccines, natural immunity, and better knowledge of how to treat patients. Murphy has also said he doesn’t expect to have to reinstall mass COVID-19 restrictions in New Jersey.

Still, critics of ending the mask mandates on transportation note that there is still not a vaccine available for children under 5.

The Associated Press contributed to this report.

Our journalism needs your support. Please subscribe today to NJ.com.

Brent Johnson may be reached at bjohnson@njadvancemedia.com. Follow him at @johnsb01.