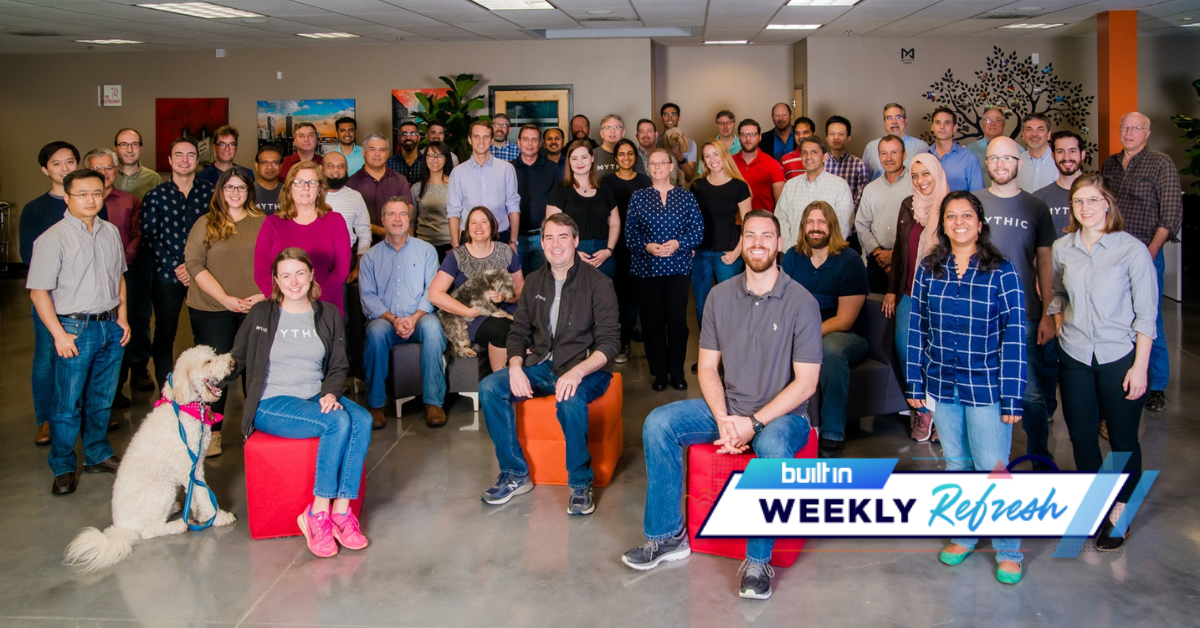 These companies are growing and making new moves, some in a more literal sense than others. Find out which tech company is relocating to Austin now, and what innovations are freshly funded. This is the Built In Austin weekly refresh.

Literati added new book clubs. The online literary platform offers subscription-based book clubs for readers of all ages. It announced the addition of clubs hosted by a diverse array of authors including Roxane Gay, Elin Hilderbrand, Austin Kleon, Kelly McGonigal, Cheryl Strayed and Jesmyn Ward. Signups are currently open for these clubs ahead of their June 1 launch. The company last raised a $40 million Series B funding round in January. [PR Newswire]

Mythic secured $70M. Having just closed on its Series C from investors like BlackRock and Hewlett Packard, Mythic is looking to accelerate production and grow its team across a variety of positions. It offers a hardware and software platform that works to make it simpler and more cost-effective to employ AI across uses from drones to smartphones to video surveillance. [Built In Austin]

Austin Tech Quote of the Week

“‘Man, this is the way it should always have worked.’ That’s the experience our customers have when they use AnthemIQ. It’s so much better than the traditional method of sending emails and PDFs and jumping on multiple phone calls and then the data is out of date.” — Kenny Tomlin, co-founder and executive chairman of AnthemIQ

AnthemIQ pulled in $10M. Its end-to-end platform serves tenants, listing agents and landlords by simplifying the transaction management process. With the capital from its Series A round led by Staubach Capital, AnthemIQ is planning to add new features to its platform and hire up to 50 new additions to its team. It currently has roles open across engineering, product, design, sales and more. [Built In Austin]

Austin FC launched a startup competition. The soccer club is joining forces with fintech company Q2 and nonprofit organization DivInc to hold the Dream Starter Competition. It’s aiming to support underrepresented entrepreneurs in the Central Texas area. The competition is accepting applications until May 18, and the winner will receive $100,000 for their startup. [Built In Austin]

Green Dot moves to Austin. Another tech company headed to the Lone Star State is prepaid debit card provider Green Dot. The fintech company plans to relocate its headquarters from its previous home in Pasadena by the end of this year. It’s planning to invest in its four corporate hubs including coworking spaces in California, Florida and Ohio as it remains a permanently remote workplace. [CultureMap Austin]