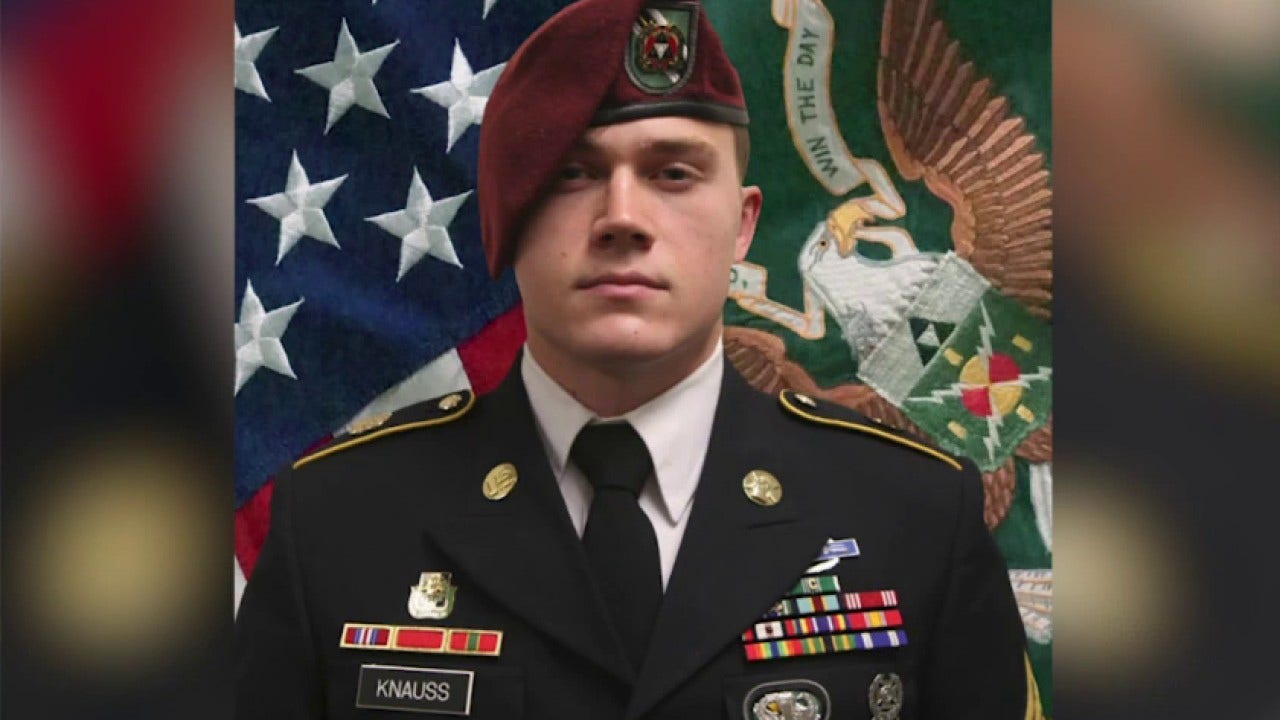 Paula Knauss, mother of fallen Army Staff Sgt. Ryan Knauss, is pointing fingers at the Biden administration for the death of her son during America’s messy withdrawal from Afghanistan.

The grieving mother stressed holding who’s at fault accountable on “The Ingraham Angle” Tuesday, starting with President Biden for trusting the enemy instead of putting the best interest of U.S. troops, Afghan allies and all Americans first.

“The president of the United States has the ability to help our troops, have enough men and women to stay safe,” she said. “In all of our history, in all of the time that we have been fighting, where did you leave these men and women but at one airport, one location, one gate to funnel thousands through? And who did you trust? You trusted our enemy to allow who would come through.”

NIKKI HALEY: BIDEN HAS LOST ‘TRUST AND CONFIDENCE OF US MILITARY, GLOBAL ALLIES

“What does anyone in this great nation think when they think what would happen? No one has to have a military background to know that that was not going to go down well.”

Sgt. Knauss warned his mother after he had volunteered to join the mission that the situation at Kabul Airport was bound to be a mess. He reassured her that he’d be in and out “in no time” but Paula Knauss instead picked up the call every mother dreads – a call she believes could’ve been prevented.

“There should have been a better way of helping our armed branches get those people who are American out safely, and still lose no man or woman in uniform or in Afghanistan,” she said. “It should never have happened the way it did. Who is accountable for this? Who will stand up and say that they will be accountable for the death of 13 young men and women?”

Knauss remembered her son as a loving husband and passionate soldier who was always first in line and willing to lay down his life for America. Ryan Knauss served for five years and was decorated with multiple honors such as the Purple Heart and Bronze Star.

“If Mr. Biden would like to tell me how I can sleep better at night right now, or any American can, while he is serving in the administration, please, give me a call,” the sergeant’s mother pleaded. “And let me know how I can sleep tonight, a full night, with my son, like all the sons and daughters, he didn’t make it home.”

“And it is on your watch. Because he was doing his job well and he counted on you to tell the troops what your desire was and he followed through with your desires. So it is on you right now to tell me.”