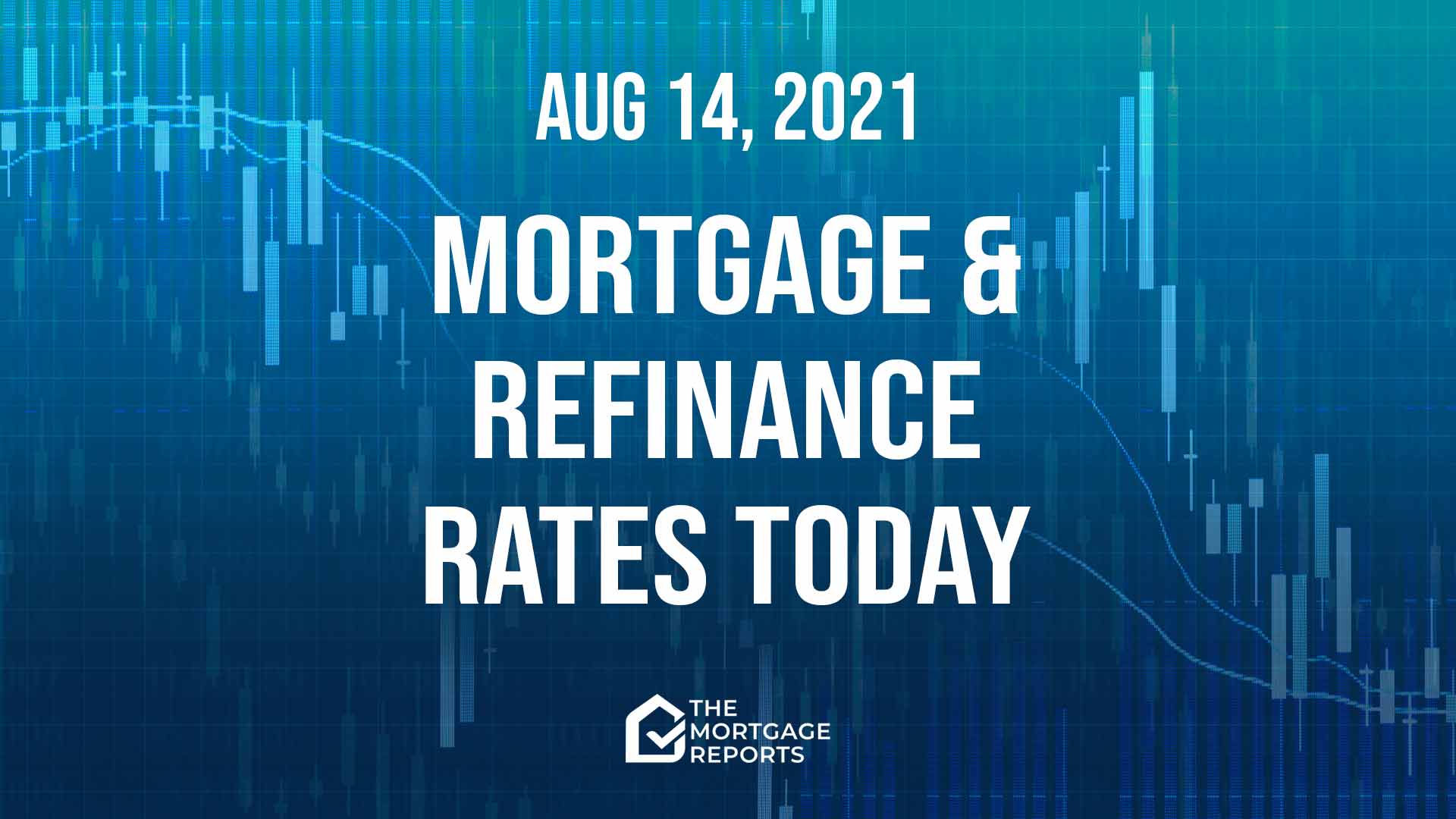 Average mortgage rates inched lower yesterday. Although that makes three consecutive business days of falls, the week ends with those rates higher. Because Monday and Tuesday’s rises were bigger.

Mortgage rates may well continue higher next week. But that’s little more than a guess. It’s too soon to decide whether it will be the recent falls or recent rises that will turn out to be the short-lived blip.

COVID-19 mortgage updates: Mortgage lenders are changing rates and rules due to COVID-19. To see the latest on how coronavirus could impact your home loan, click here.

Should you lock a mortgage rate today?

Don’t underestimate the risks of continuing to float your rate. It seems increasingly likely that the Federal Reserve will withdraw its support for these rates sooner rather than later. And the recovery continues to look strong. Both are likely to push mortgage rates higher.

However, we’ve seen some falls this week and may see more next. But few experts expect falls to be significant while more are forecasting an early resumption of rises. Of course, experts are proved wrong with wearying regularity. But, I suspect, they’re right that the potential rewards of floating don’t justify its serious risks.

For now, I’m leaving my personal recommendations where they were last week. But I wouldn’t be surprised if I had to change them soon to Lock across the board.

However, with so much uncertainty at the moment, your instincts could easily turn out to be as good as mine — or better. So be guided by your gut and your personal tolerance for risk.

In terms of certainty, little’s changed since last week, when I was talking about our being at a “nobody knows” point.

The mortgage rate falls we’ve seen this week have been tiny and may mean nothing. Or they may be a resumption of the downward trend that’s been in place since April. It’s simply too soon to say.

But three things are likely to exert upward pressure on rates:

Each of those has been around for months, even during the periods when mortgage rates were falling. But, so far, markets have been shrugging them off.

And they may continue to do so. But it’s becoming more and more difficult for them to ignore these facts as they become clearer and clearer.

I’ve recently been reporting on the growing chorus of top Fed officials who are advocating an early announcement for tapering. And this is looking increasingly like an orchestrated plan on the Fed’s part to soften up investors.

The last time the Fed announced that it would be tapering a similar program, in 2013, mortgage rates shot up. That was part of a market response that came to be called a “taper tantrum.” And that tantrum was partly down to shock. Because nobody had expected the news to break so suddenly.

So it may be that the Fed is encouraging a public debate among its senior figures so that this time markets have ample warning of an imminent change. We’ll have to wait to see how that tactic plays out.

Many now believe a tapering announcement will be made on Sept. 22, immediately after the next meeting of the Fed’s monetary policy body, the Federal Open Market Committee (FOMC). Of course, it might be later. But some think it could be as soon as this year’s Economic Policy Symposium for central bankers in Jackson Hole, Wyoming on Aug. 26-28.

Meanwhile, we’ll likely gain new insights into the Fed’s attitudes to tapering when the minutes of the last meeting of the FOMC are published at 2 p.m. (ET) next Wednesday.

What this means for mortgage rates

The three factors I listed above should mean higher mortgage rates soon. But I’ve been saying that for months. And those higher rates haven’t yet materialized.

However, the fact that I’ve been wrong about the timing doesn’t necessarily mean I’m wrong about the event. And, to my mind, higher mortgage rates are close to an inevitability sometime soon — absent some catastrophic news. Luckily for me, almost all professional rate watchers agree.

They appear to share my view that those three factors are growing increasingly hard to ignore. But when investors finally take off their blinkers could be next week or next month or even further ahead.

Tuesday’s retail sales for July comprise the key economic report next week. The second most important comes out on the same day and concerns industrial production and capacity utilization (the percentage of our theoretical industrial capacity that we’re actually using), also for July. And the third report that could cause waves is the weekly jobless figures. Those come out on Thursday.

None of the other economic reports listed below is likely to cause much movement in markets unless it includes shockingly good or bad data. Moreover, regular readers will know that investors have been ignoring most economic reports in recent months. So the effects of the following may be different from usual:

So Tuesday’s the important day. But those FOMC minutes on Wednesday might just make life exciting.

Last week, I said, ” … we’re at a “nobody knows” point. But, if I had to guess, I’d say mortgage rates may move higher next week.” Turns out I was right. Even with falls on the last few days, rates were higher, Friday evening to Friday evening. This week, I’m leaving that prediction in place. But my level of confidence is similarly low.

Mortgage and refinance rates usually move in tandem. And a gap that had grown between the two has been largely eliminated by the recent scrapping of the adverse market refinance fee.

How your mortgage interest rate is determined

Mortgage and refinance rates are generally determined by prices in a secondary market (similar to the stock or bond markets) where mortgage-backed securities are traded.

And that’s highly dependent on the economy. So mortgage rates tend to be high when things are going well and low when the economy’s in trouble.

But you play a big part in determining your own mortgage rate in five ways. You can affect it significantly by:

Time spent getting these ducks in a row can see you winning lower rates.

Be sure to count all your forthcoming homeownership costs when you’re working out how big a mortgage you can afford. So focus on your “PITI.” That’s your Principal (pays down the amount you borrowed), Interest (the price of borrowing), (property) Taxes, and (homeowners) Insurance. Our mortgage calculator can help with these.

Depending on your type of mortgage and the size of your down payment, you may have to pay mortgage insurance, too. And that can easily run into three figures every month.

But there are other potential costs. So you’ll have to pay homeowners association dues if you choose to live somewhere with an HOA. And, wherever you live, you should expect repairs and maintenance costs. There’s no landlord to call when things go wrong!

Finally, you’ll find it hard to forget closing costs. You can see those reflected in the annual percentage rate (APR) you’ll be quoted. Because that effectively spreads them out over your loan’s term, making that higher than your straight mortgage rate.

But you may be able to get help with those closing costs and your down payment, especially if you’re a first-time buyer. Read:

Down payment assistance programs in every state for 2021

The Mortgage Reports receives rates based on selected criteria from multiple lending partners each day. We arrive at an average rate and APR for each loan type to display in our chart. Because we average an array of rates, it gives you a better idea of what you might find in the marketplace. Furthermore, we average rates for the same loan types. For example, FHA fixed with FHA fixed. The result is a good snapshot of daily rates and how they change over time.