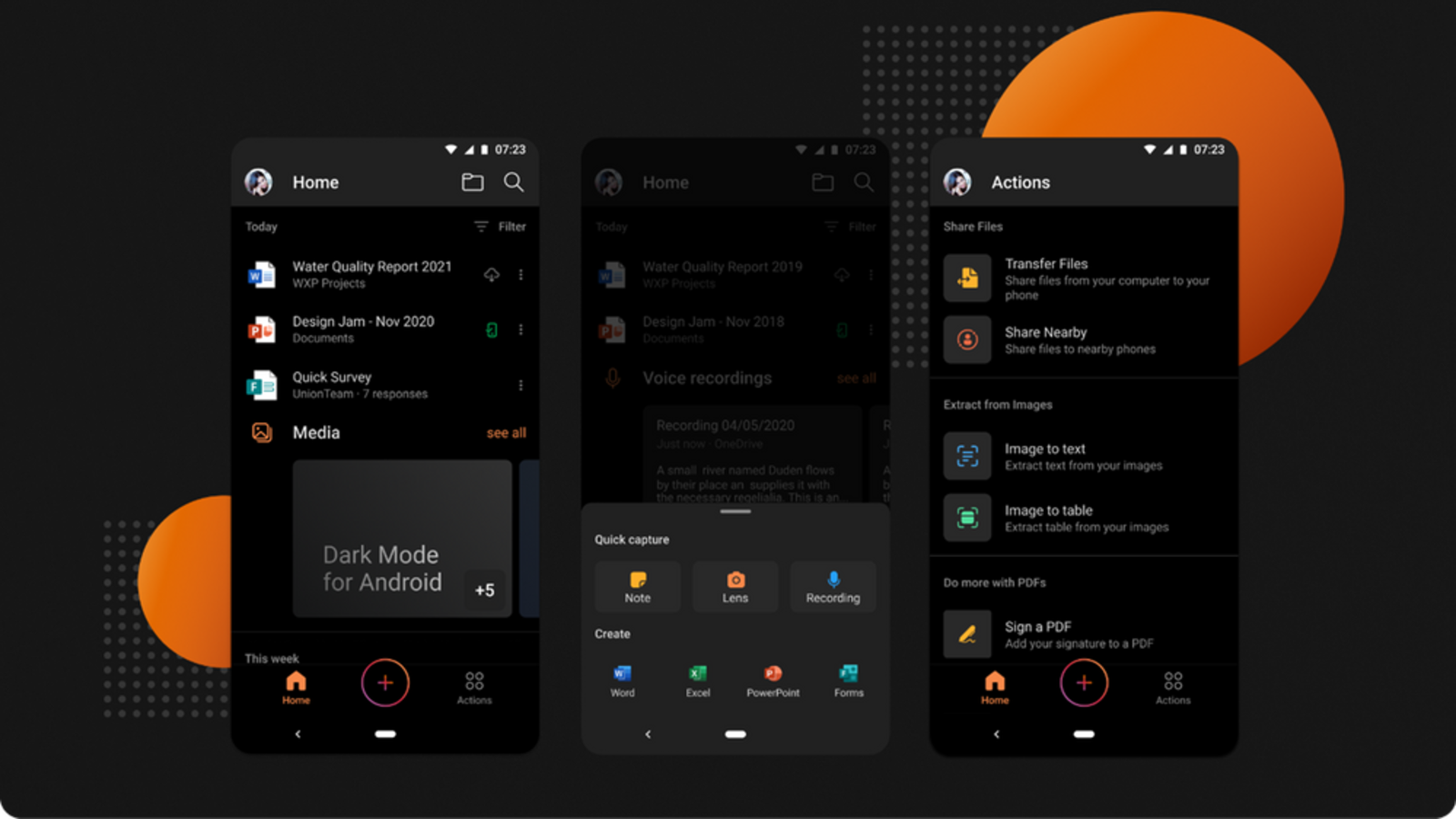 Microsoft’s unified Office app has been available on Android and iOS platforms for over a year now. But only the iOS users could turn the app dark. But that is finally changing.

Microsoft on Friday announced that it has started rolling out dark mode in the Office app on Android smartphones. “It’s been a highly requested feature by many of our customers, and we’re proud to begin releasing it today. Many people prefer using Dark Mode as they find it provides a more comfortable visual experience for reading and working on mobile devices,” Microsoft product manager Sourab Nagpal said in a statement.

To give you a quick overview, the new Office app combines Word, Excel and PowerPoint in a single app. In addition to that, it also enables users to work with PDFs, scan images and capture notes among other things. Now with the dark mode, Android users will be able to adjust the Office app as per low-light environments. Microsoft says that this feature will not only provide users with better viewing options but it will also keep the battery consumption low.

The Office app will automatically turn dark if Android users are using the system-wide dark theme on their phones. Alternatively, users will be able to turn this feature on or off by tapping on their profile icon on the Home tab in the Office app, selecting Settings, and then selecting Light, Dark, or System Default from the Theme options.