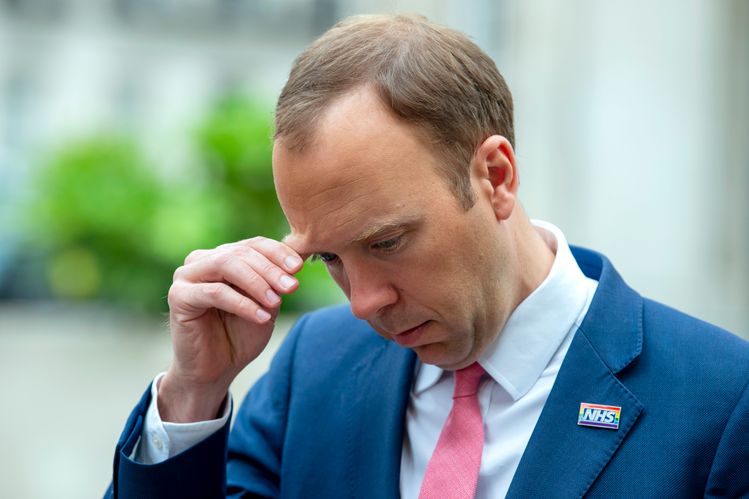 The UK’s health secretary has resigned, following the emergence of a video showing him kissing a colleague.

Matt Hancock, who has been the UK’s secretary of state for health and social care since 2018, tendered his resignation to prime minister Boris Johnson in a letter on 26 June.

His resignation comes a day after a video was released showing the former health secretary kissing Gina Colangelo, an old university friend he had employed as his adviser. The video was reported to have been recorded in early May when Hancock was advising the public to continue to social distance and avoid hugging others.

“The last thing I would want is for my private life to distract attention from the single-minded focus that is leading us out of this crisis,” Hancock’s letter said. “I want to reiterate my apology for breaking the guidance, and apologise to my family and loved ones for putting them through this.”

“We owe it to people who sacrificed so much in this pandemic to be honest when we have let them down as I have done by breaching the guidance.”

Conservative MP and former Chancellor of the Exchequer Sajid Javid has been announced as Hancock’s replacement. The former investment banker, who was announced as a senior adviser on US bank JP Morgan’s advisory council for Europe, the Middle East and Africa, steps into the post as the UK is battling to contain the spread of the contagious Indian variant of Coronavirus. A marked uptick in cases of the so-called Delta variant forced Johnson to push back the final stage of lockdown in England by a month to 19 July in England.

In response, Johnson issued a letter in which he said he “was sorry to receive” Hancock’s resignation.

“You should leave this office very proud of what you have achieved,” the prime minister said.

Hancock has been the subject of increasing criticism in recent weeks. Leaked texts between Johnson and his former special adviser Dominic Cummings showed the prime minister called his former health secretary “hopeless” as the UK was scrambling to fight the onset of the Covid-19 crisis in early 2020.

“I had the prime minister’s wholesome support all the way through,” Hancock said then, adding that he had “no idea” why Cummings had a vendetta against him.

To contact the author of this story with feedback or news, email Lucy McNulty