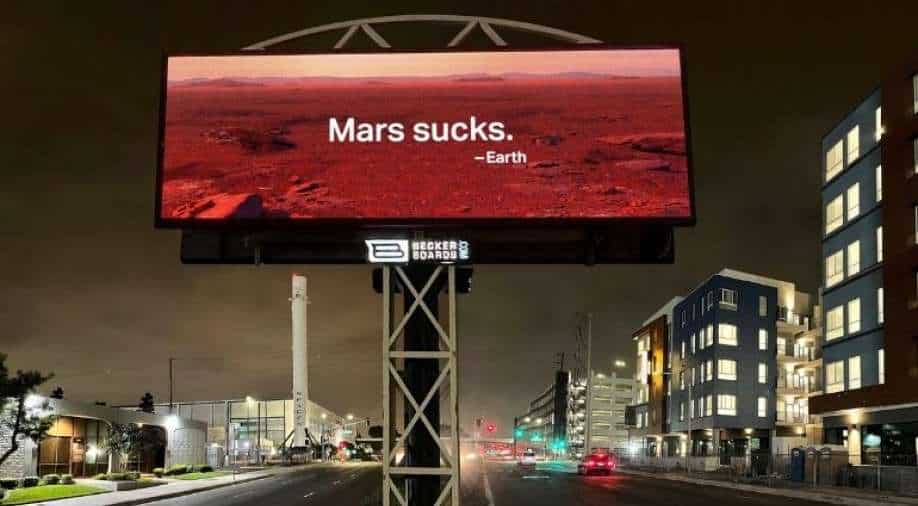 Tech entrepreneur Elon Musk is usually celebrated for his ideas, but as the popular saying claims, you cannot please everyone.

Musk recently stressed the importance of space colonisation and talked about establishing a permanent presence of human beings on Mars as soon as possible.

While the idea was appreciated by a few, some have used this opportunity to express their views against the SpaceX owner and troll him, especially due to the timing as the world celebrated Earth Day on April 22.

To voice their opinion against Musk’s ideas, some activists put up a large billboard outside SpaceX’s Hawthorne campus with the message “Mars sucks”.

The billboard was reportedly set up by a creative agency known as Activista, which also tweeted out the same message.

“What doesn’t suck? #earth But the way we treat it frankly, sucks. And then, you dream of #mars. A hellhole. A barren, desolate, wasteland you can’t set foot on fast enough. Great, we got to Mars.,” the tweet read.

While some were amused by the trolling message, others criticised the ‘careless’ message and pointed out the importance of space exploration.

My head: The limited resources of Mars might be the fastest driver to create the sustainable living tech needed to save Earth though.
My heart: Epic Troll 😂

Every penny spent on space exploration is worth it. If you want more money to be spent on solving Earth problems, ask governments to cut their military budgets.