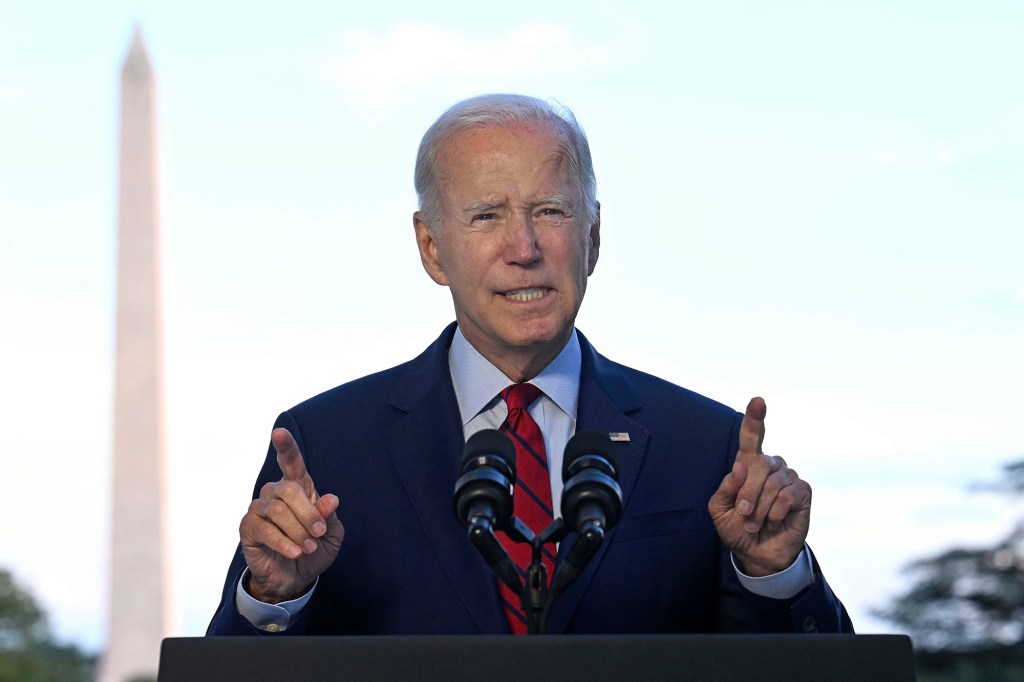 After doubling down Wednesday on her belief that President Biden won’t seek a second term in 2024, Rep. Carolyn Maloney (D-NY) performed a full grovel less than 24 hours later.

“Mr. President, I apologize. I want you to run,” Maloney said on CNN’s “New Day” Thursday.

“I happen to think you won’t be running, but when you run or if you run, I will be there 100%,” she continued.

“You have deserved it. You are a great president and thank you for everything you’ve done for my state, and all the states, and all the cities in America. Thank you, Mr. President.”

“I don’t believe he’s running for re-election,” Maloney said of the 79-year-old Biden.

Maloney stood by her prediction during an interview with The Post a day later, saying it was her “personal opinion.”

Rep. Carolyn Maloney (D-NY) affirmed that she would back President Biden if he seeks to be re-elected, although she does not think it is likely that he will run for a second term. AP

With Biden’s job approval ratings sinking in recent months, questions have been raised about whether he will have sufficient backing from Democrats should he try for re-election.

Meanwhile, a separate Harvard CAPS-Harris Survey found that 71% of Americans did not want to see Biden run in 2024.

Unlike Maloney, several top Democrats in Congress have avoided sharing their opinion on the matter ahead of the November midterms.

“I don’t know who is going to be running. If Joe Biden runs again and he is the Democratic nominee, depending on who the Republican nominee is, we will just have to wait and see,” moderate Sen. Joe Manchin (D-WV) told Chris Cuomo in an interview that aired on NewsNation last week.

“I am not predicting anything, or how I would support or not support, or get involved or not,” he added. “But I can tell you this, whoever the elected president is — Democrat, Republican, independent — every one of us should pray they succeed. I am going to do everything I can to make that person successful.”

President Biden believes that the majority of Democratic voters would support him if he ran for a second term. AP 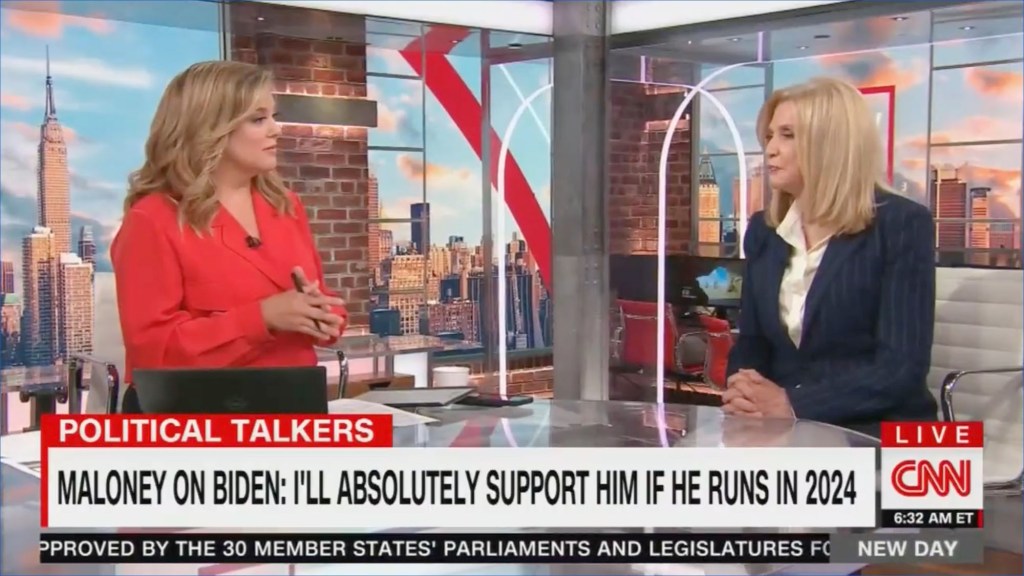 “You have deserved it. You are a great president and thank you for everything you’ve done for my state, and all the states, and all the cities in America,” Maloney said on CNN Thursday, referring to President Biden’s potential re-election. CNN

Biden has repeatedly insisted that he intends to seek a second term, barring ill health.

“They want me to run,” Biden​ told reporters in response to the Times survey at the White House Congressional Picnic last month. “Read the poll. Read the polls, Jack. You guys are all the same. That poll showed that 92% of Democrats, if I ran, would vote for me.”​

The president was referring to data indicating that proportion of Democrats would back him in a rematch of the 2020 vote against Donald Trump.

“The president has been asked this question many times, that he intends to run in 2024,” White House press secretary Karine Jean-Pierre told reporters Monday.