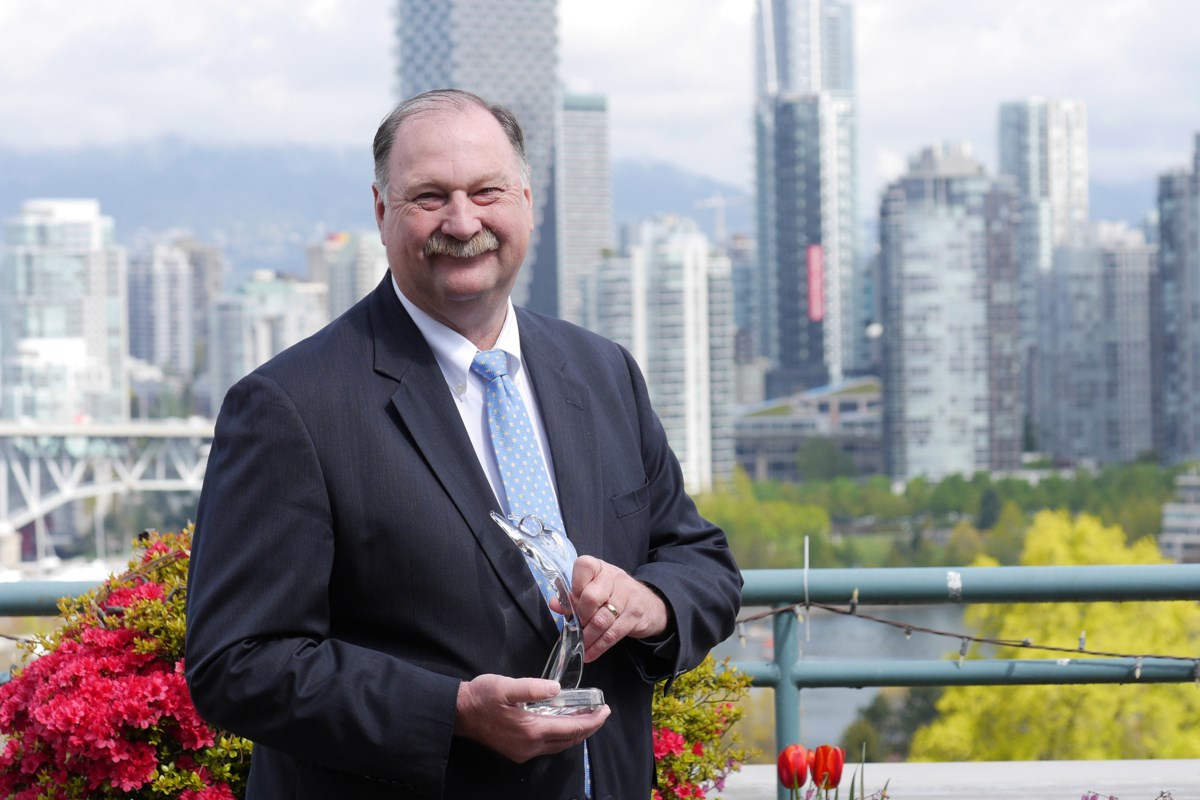 The Professional Excellence Award is the highest honour given in the real estate profession. The award honours those in real estate whose careers, year in and out, have epitomized integrity, knowledge, ethics, leadership, community service, and mentorship.

Russell operates Sutton Group–Seafair Realty offices in Delta, Tsawwassen and Richmond. Throughout his 40-year-plus career, Russell has supported and mentored hundreds of brokers and Realtors.

“Scott has been a constant advocate for high standards, professionalism, and mentorship throughout his career,” said Daniel John, Chair, REBGV. “His legacy of service coupled with his caring personality has left a positive mark within the profession and community that he has served for decades.”

Russell served as president of REBGV in 2009 after several years of volunteering as a director. Before that, he served on REBGV’s Professional Conduct and Arbitration committees. In 2015, he led the BC Real Estate Association as president after serving four years on its Directorate.

“It’s been a good run, and I’ve only been able to get to where I am today with the support of my family, friends and colleagues,” he said. “So many people along the way have helped me so much and I really try to pay that forward with the next generation of realtors.

“I’ve always followed the campsite rule – to leave anything you touch a little better than when you found it. Getting an award like this is very humbling and I know we are in great hands as we have so many great young colleagues that are doing amazing work.”

Within his local office his team has raised more than $370,000 over 20 years for the Steveston Community Centre. He’s a strong supporter of the REALTORS Care® Blanket Drive, offering his office as a drop-off location for more than 15 years.

He has also volunteered in youth sports as a hockey and baseball coach in Ladner and Richmond, serving on the executive of the Ladner Minor Baseball Association for many years.

“Integrity defines Scott Russell. His ongoing drive to keep up with current trends and the many changing rules and regulations in real estate has long made him a ‘go-to broker’ to mentor, support and lead others in our profession,” said Jake Moldowan, REBGV past-chair.