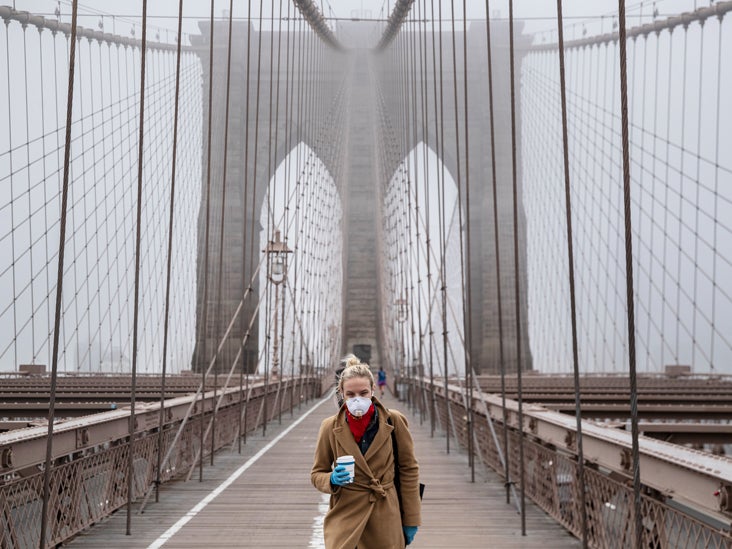 Extraordinary measures were taken since the COVID-19 pandemic began in March of 2020, yet new research finds during the first year of the pandemic, enough people died that the nation’s life expectancy significantly declined.

“The resulting decrease in life expectancy was the largest since World War II and much larger than the losses experienced by other countries confronting the same virus,” Dr. Steven Woolf, professor of population health and health equity at Virginia Commonwealth University, who helped conduct the research, told Healthline.

“We remain stunned by the massive loss of life the United States experienced,” said Woolf. “Which vastly exceeded losses in other rich countries, and by the horrible consequences among people of color.”

The team found that in 2020 the life expectancy in the U.S. declined by 1.87 years compared to 2019. This drop was larger for Black and Hispanic communities.

Woolf and team calculated a decline of 3.70 years in Hispanic populations and just over three years in non-Hispanic Black populations between 2019 and 2020.

According to Woolf, this comes after decades of deteriorating health status in the U.S. relative to peer countries and “persistent” health disparities among people of color that are the legacy of systemic racism and policies of exclusion.

“These systemic problems will persist and more excess deaths will occur unless the United States gets serious about addressing the root causes,” he said.

“We had previously estimated that the decrease in life expectancy in 2020 was historic and that Hispanic and Black Americans experienced massive losses,” said Woolf.

However, according to the analysis, the decrease in life expectancy in peer countries was only 0.58 years, with no country experiencing a decrease similar to that found in the U.S.

According to the study authors, this contrasts with policies adopted by U.S. peers, which included Israel, Germany, and Taiwan.

Peter Pitts, former FDA Associate Commissioner and president of the Center for Medicine in the Public Interest, explained the implications of these data.

According to Pitts, there was also a failure in public health communication in reaching those most at risk for severe COVID-19.

Better communication may have helped people understand their risk for disease.

“We didn’t take that next level of communication and say what ethnic groups are over-represented in at-risk groups?” he said.

Experts say systemic racism and a lack of universal healthcare in the U.S. contributed to this decline.