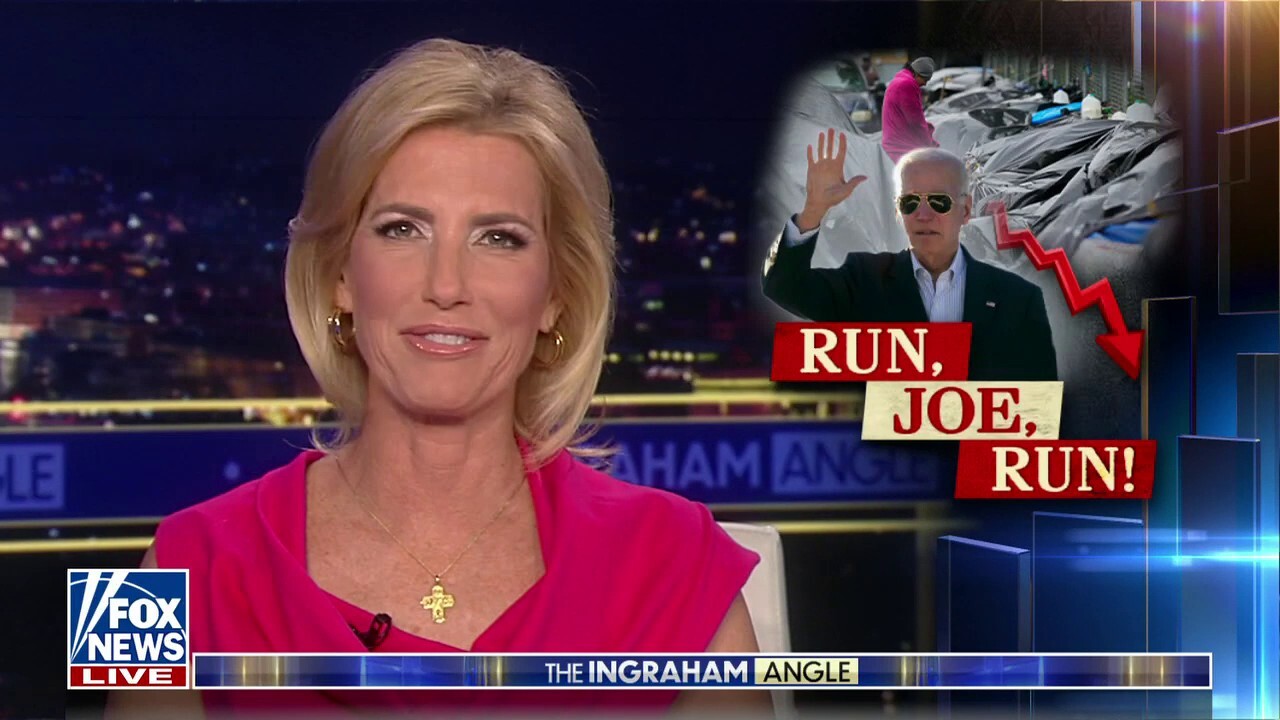 Fox News host Laura Ingraham breaks down President Biden’s first trip to the border and why it took so long on ‘The Ingraham Angle.’

Fox News host Laura Ingraham said President Biden can run from the border crisis, but he can’t hide from it Monday on “The Ingraham Angle.”

LAURA INGRAHAM: Run, Joe, run, that’s the focus of tonight’s “Angle.” After millions of illegal aliens, stop calling them migrants, by the way, have rushed into our country, siphoning off the public services, Joe Biden was shamed into making a quick border trip to El Paso. Now the tour was highly choreographed and generally meaningless, kind of a Soviet-style propaganda coup to show our dear leader in the best possible light.

The bottom line is that Joe Biden’s visit to the border was all theatrics, no substance. Now he threw a few bones to the enforcement crowd, but they do little to change the math. We are getting overrun; there were over 73,000 ‘gotaways’ in November, the highest number on record. November also saw the highest number of encounters at the border, over 233,000.

And the total number of apprehensions and ‘gotaways’ for 2022 surpassed 3.3 million. That’s another record. But don’t let these numbers make you fret because team Biden wants you to know that they mean business now.