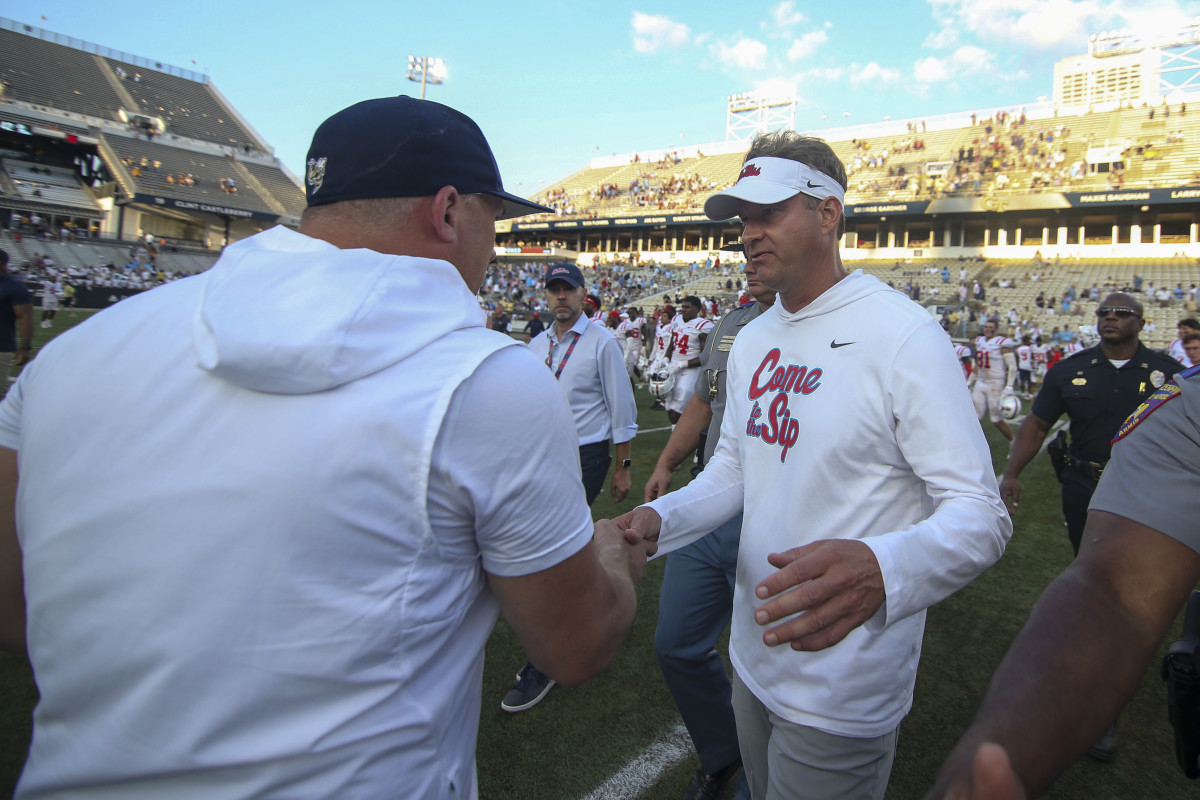 Georgia Tech football dropped an ugly game to Ole Miss on Saturday 42-0. It was one of the worst performances under head coach Geoff Collins and he is sitting squarely on the hot seat.

One person who seemed aware of this during the game was Ole Miss head coach Lane Kiffin. When talking about if he wanted to get his other quarterback, Luke Altmyer, in the game to throw the ball more, this is what Kiffin had to say:

“I would have liked the opportunity to throw more with Luke, but having empathy for what was going on in that game on the other sideline and the hot seat or whatever he’s on, just didn’t really feel like it was right, where if it was a couple score game Luke would have gotten to throw more there,”

It is a little strange seeing another head coach talk about another head coach being on the hot seat and saying that he changed his quarterback plan because of it. Kiffin did not need to throw the ball with the way the Rebels were running it as Ole Miss ran for over 300 yards, with Zach Evans and Quinshon Judkins leading the way.

The loss drops Collins to 10-27 overall as the head coach of Georgia Tech.

Georgia Tech is back in action on Saturday vs UCF. The game time is 4:00 and the game will be televised on ESPNU.

Follow us on social media for the latest with Georgia Tech Athletics!

See all of the latest Georgia Tech News at AllYellowJackets.com

Georgia Tech opens as a near three-touchdown underdog vs UCF

How did former Georgia Tech stars do in week two of the NFL season?

Georgia Tech Football: The good, the bad, and the ugly from Ole Miss game