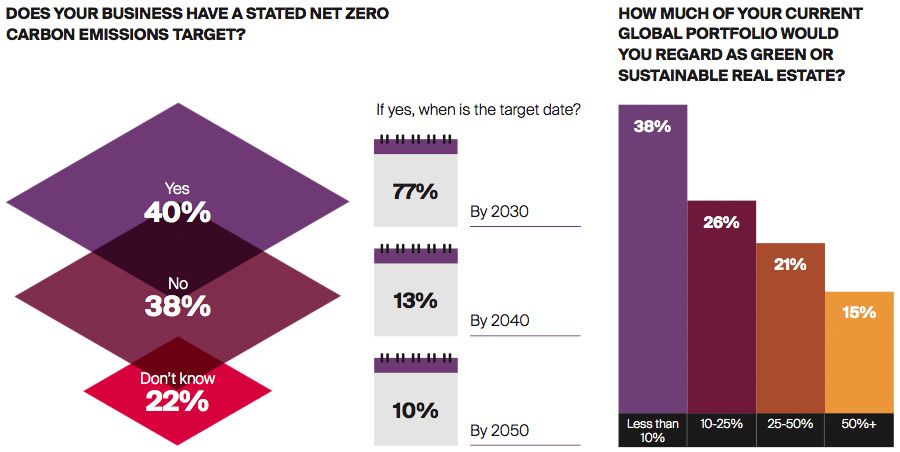 Global real estate consultancy Knight Frank has released an in-depth study into the state of the property and office market across market globally, with particular focus on how the Covid-19 crisis is changing the future of work. Andrew Love, a leader in the firm’s Middle East practice, reflects on one of the main trends emerging internationally and in the region: sustainability.

When it comes to a sustainable built environment and sustainability as a whole, the Middle East region, and particularly countries of the Gulf Cooperation Council (GCC) may not be first in mind. However, this is somewhat of a misnomer, in parts. Over recent years in GCC countries, we have seen concerted efforts to move towards a more sustainable future.

First, this been predicated in relation to the built environment, where many jurisdictions have enacted a range of development codes with a focus on the development of green and sustainable buildings, including but not limited to Abu Dhabi’s Estidama regulations, Dubai’s Green Building regulations, Qatar’s Global Sustainability Assessment System and Saudi Arabia’s range of green codes.

Some of these regulations have been enacted and enforced as early as 2010. Dubai was also the first Arab city to be awarded a platinum rating for cities certification.

Secondly, aside from this, many GCC countries have ambitious plans to transition to clean energy on the whole. Saudi Arabia aims to derive 50% of its electricity from renewables by 2030, while in the UAE the Government is aiming for up to 50% of its energy use to derive from clean energy sources by 2050.

In the real estate development space, whilst we have certainly seen a shift from relatively carbon intensive practices to a more green agenda in the GCC, undoubtedly, a tremendous amount more must be done to ensure that the future of the built environment is truly sustainable and therefore futureproof, both for society and as an asset class. This is particularly true for stakeholders in commercial real estate markets outside of government entities.

Going forward, green accreditations will not be a simple nice to have, for both developers and occupiers. The pressure is mounting on the occupier to address the climate challenge and make stronger connections between such ambitions and future real estate requirements and utilisation.

The onus will also be on private and semi-private developers to begin to incorporate not only eco-friendly construction methods but also building design which reduces energy usage, and incorporates biophilic design and renewable energy components. The latter could also be relatively easily retrofitted to existing buildings with a particular focus on solar energy, given the region’s relative solar abundance.

Understandably, at this point, building a truly sustainable building can be a much more costly endeavour, which, given current market pressures, many developers may shy away from, despite evidence of higher levels of demand in such buildings even during downturns, both locally and internationally.

This is where building design and smart technology could offset some of the premium construction costs. Rather than focusing purely on ostentatious building design, commercial real estate in the region must now look at developing fit for purpose low rise, column free, efficient floor plate buildings with accessible cores. 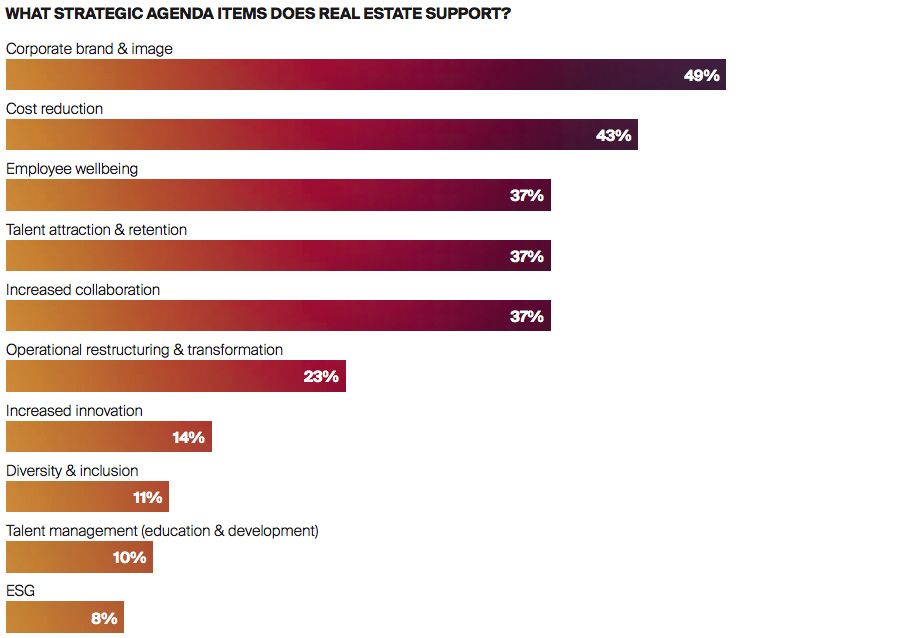 Another major facet of inclusion going forward will be smart technology, which will not only reduce operational costs but also improve the health and wellbeing of occupiers. According to the World Green Building Council, such smart-green buildings not only lead to higher staff satisfaction, and as noted earlier in this report the use of real estate as a strategic device to attract and retain talent is set to only increase, but it also increases the resale value of buildings.

Given this, the initial higher costs of construction seem to pale in comparison to the upside that developers could avail if they were to supply to this growing but soon to be prominent segment of the market.

Knight Frank’s report is based on a survey of almost 400 occupiers and real estate experts globally.