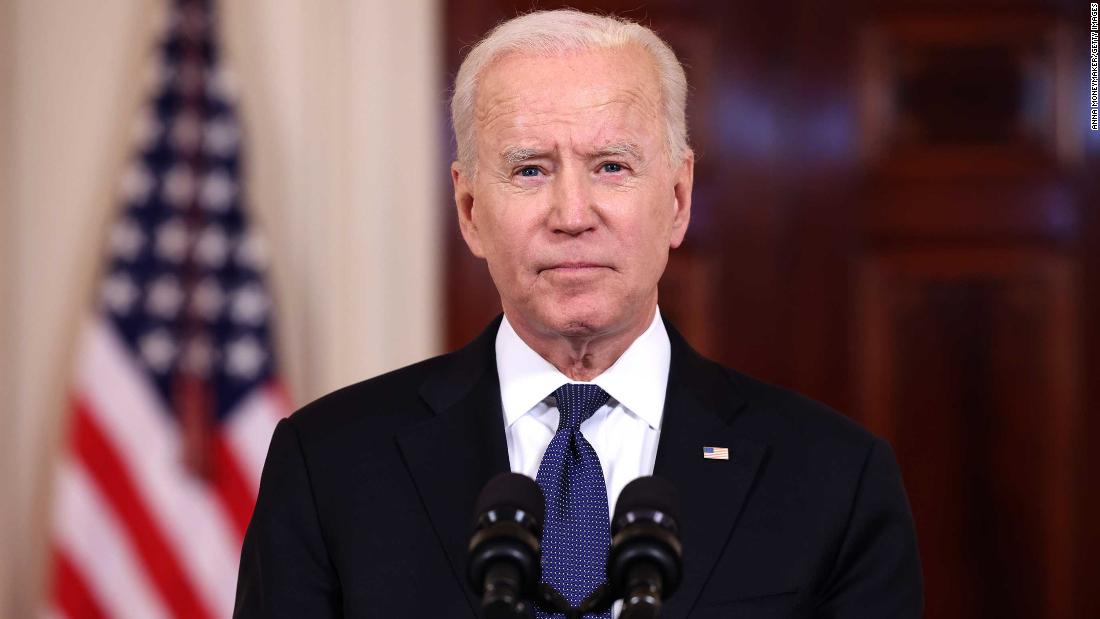 The gulf between progressive ambition and the legislative reality means there is all-but-certain friction ahead between Biden and the restive liberal wing of his party, which united behind him after he defeated Vermont Sen. Bernie Sanders during the Democratic presidential primary and marshaled their forces to help the party flip two US Senate seats in Georgia, giving Democrats control of that chamber.

But the hopes of achieving real reforms on thorny issues like gun control, voting rights, police reform — and now even infrastructure — have proved elusive. Progressives have advocated for Biden to pressure senators in the chamber where he served for decades to jettison the filibuster so he can ease through some of the more controversial aspects of their agenda. But West Virginia Democratic Sen. Joe Manchin — one of the key Senate swing votes — made it clear in an early April Washington Post op-ed that there is “no circumstance” in which he would vote to eliminate or weaken the filibuster.

The deadlock on key progressive goals and legislative priorities came into sharp focus Friday as the House left town for several weeks and senators tried to wrap up their work before their expected break later this month.

Biden’s ambitious infrastructure proposal with its promise of transformational change — both on the jobs and environmental fronts — has been moving slowly in Congress to the frustration of both sides. And the administration hit a new stumbling block Friday after announcing it had pared back its $2.25 trillion plan to $1.7 trillion in an effort to compromise with Republicans. But those Republicans didn’t welcome the overture, with one GOP aide saying they did not view it as serious negotiating.

A spokeswoman for Sen. Shelley Moore Capito, a West Virginia Republican who has been spearheading that group, said the White House counteroffer was “well above the range of what can pass Congress with bipartisan support,” adding that “there continue to be vast differences between the White House and Senate Republicans when it comes to the definition of infrastructure, the magnitude of proposed spending, and how to pay for it.”

Some progressives and liberal groups seized the moment to urge the White House to abandon talks and proceed with only Democratic support on infrastructure proposals that they hope would address their economic and environmental priorities.

On another top progressive priority — the police reform bill that already passed the Democratic-controlled House — it is now clear that the small bipartisan group of lawmakers trying to forge a deal will not be able to reach a compromise as they had hoped before May 25, the anniversary of George Floyd’s death. The talks have stalled on the question of Section 242, the portion of federal law that sets the standard for criminally prosecuting police officers, but the two sides say they are still talking.There is less hope for the sweeping election overhaul that Democrats proposed earlier this year, which liberals had hoped would help blunt the assault on voting access by Republican-controlled legislatures that has been fueled by former President Donald Trump’s lies about the 2020 elections. The Democratic bill, which already passed the House, faces objections not only from Senate Republicans, but also from moderate Democrats like Manchin. Earlier this month, the Senate Rules Committee deadlocked on passing the bill out of committee and there is no clear path for Democrats to clear the 60-vote filibuster hurdle in the Senate, especially with Manchin signaling that he would rather pursue the more limited legislative changes in the John Lewis Voting Rights Act.

During Friday’s White House briefing, press secretary Jen Psaki was asked to pre-emptively address the expected disappointment from progressives about Biden’s upcoming budget, which he will outline next week. Addressing news reports that Biden’s budget is unlikely to encompass some of the President’s key campaign promises like his vow to create a government-supported “public option” for health care and his pledge to cut prescription drug prices, Psaki said he “remains committed” to both but stressed that not every one of his priorities will be reflected in the budget he presents next week.

“Is the totality of everything he wants to accomplish in his presidency done in the first 100 days? Clearly not, because we’ve passed that period of time. And will every single thing he wants to get done in this presidency be reflected in the budget? It won’t,” Psaki said. “But that doesn’t mean he’s not committed to it, and it doesn’t mean that he doesn’t have a desire to move all of these agenda items forward that he talked about in his joint session address and that he talked about when he was running for president.”

As recently as days ago, amid increased communication between Biden and Republican leaders in Congress, there was hope in Washington that infrastructure might emerge as the one area where the two parties could find some common ground. But that possibility seemed to be rapidly evaporating Friday evening after Republicans expressed their displeasure with the White House counter-offer — which is likely to lead progressives to pressure Biden to abandon the pretense of working with the GOP and chart a path for legislation that only relies on Democratic support.

Biden’s concessions included matching the level that Republican senators had proposed for broadband and reducing the amount that the President had proposed spending on improvements to roads, bridges and major projects by $39 billion, according to a document obtained by CNN’s Phil Mattingly. Biden’s team also said they would table the manufacturing, research and development, and innovation aspects of his jobs plan, opting to pursue them through separate legislation.

Psaki told reporters the offer reflected the White House view that the Republican proposal “excludes entirely some proposals that are key to our competitiveness, key to investments in clean energy and industries of the future, in rebuilding our workforce, including critical investments in our power sector, building and construction, workforce training, veterans hospital construction, and the care economy.”

But Republicans viewed the concessions as insufficient. Kelley Moore, the spokeswoman for Capito, stated that the two sides “seem further apart after two meetings with White House staff than they were after one meeting with President Biden.”

Still, if bipartisan negotiations collapse, that could offer a silver lining for progressives as long as Biden can convince moderate Democrats to pursue their infrastructure goals through the budget process known as reconciliation, which would potentially sidestep the need to meet the 60-vote threshold in the Senate. Liberal activists are worried that wrestling with the GOP over a compromise proposal would force the Biden administration to backtrack on the environmental and climate objectives threaded through the bill.

Tiernan Sittenfeld, the senior vice president of government affairs for the League of Conservation Voters, argued in a statement Friday that the GOP’s infrastructure proposal continued to fall short “of what voters are calling for,” which she described as “big investments to create good paying jobs in the clean energy economy while tackling the climate crisis and environmental justice.”

Democrats, she tweeted, “should move on” and pass the bill on their own.

“President Biden was elected by campaigning on the boldest climate platform in history,” Sierra Club Executive Director Michael Brune said in a statement. “This is his opportunity to turn that commitment into reality.”

Sen. Ed Markey, a Massachusetts Democrat, said that despite Biden’s efforts to engage, Republicans were showing no willingness to negotiate in “good faith.”

“Now is the time to go big, to go bold, and to go fast,” Markey said in a statement. “Let’s not waste time trading the necessary scope and scale of this critical infrastructure package for congressional Republican votes that have yet to and will never materialize.”