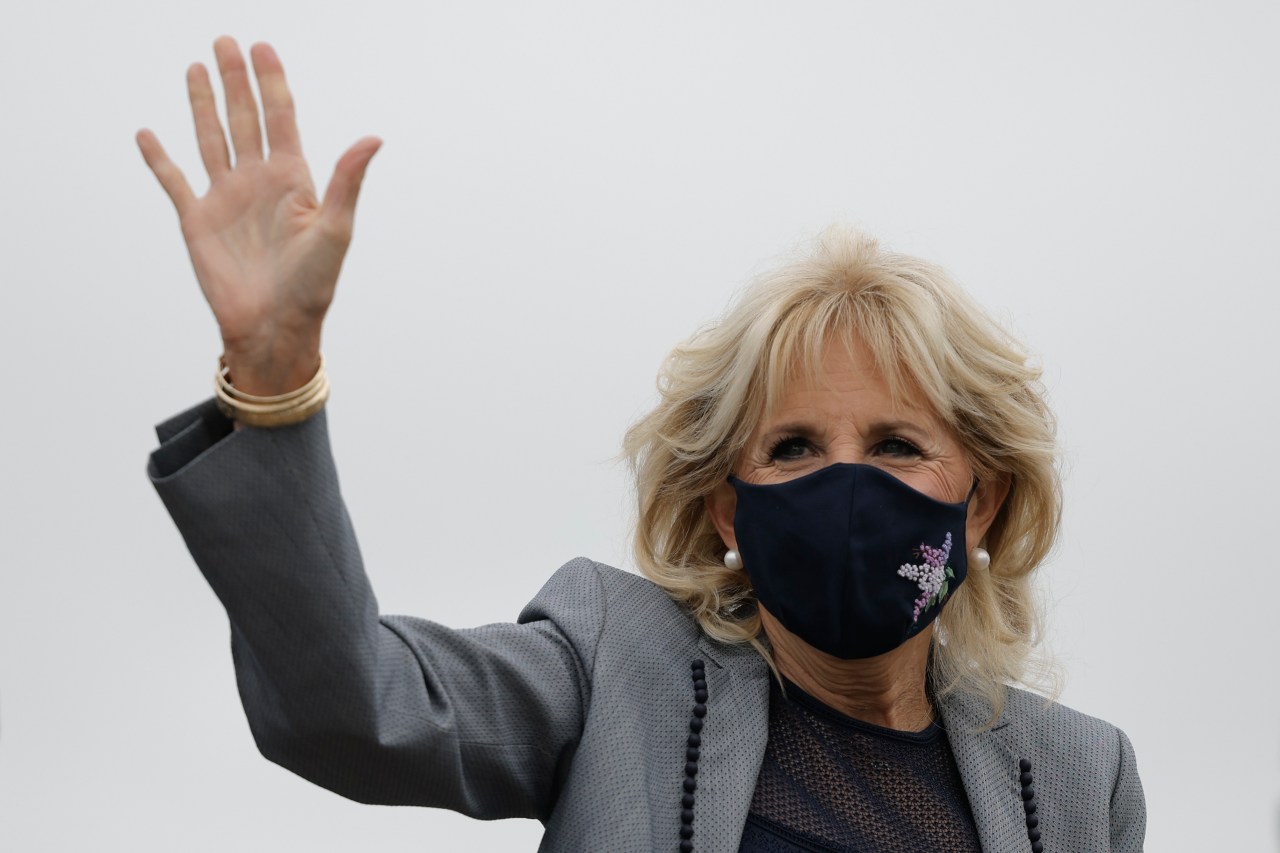 DENVER, Colo. (AP) — First lady Jill Biden extended her gratitude to military spouses for their service on Thursday at an Army base in Colorado.

Biden spoke at Fort Carson military base near Colorado Springs at an event hosted by the United Service Organization Spouse Connection ahead of Military Spouse Appreciation Day on Friday. The USO is a nonprofit established by President Franklin D. Roosevelt before WWII that provides domestic and overseas help to service members and their families.

In her speech, Biden empathized with the loneliness and anxiety that comes with being married to a service member overseas and commended the spouses’ perseverance and ability to “push through the hard times.”

“We need to do more. Your service to this country has earned nothing less,” Biden said. “Giving you the support you need to thrive, matters to me and to the president.”

Krista Cole, 37, whose husband serves as a major in the National Guard said she and the other military spouses were grateful to be recognized and feel supported by the first lady.

“It definitely raises morale when the people that you look up to, that you may or may not have voted for take notice and come to events like this. Politics aside, they want to help everyone,” Cole said. “The spouses really appreciate that and appreciate that people are looking out for them.”

The initiative’s revival was announced last month but the program was first rolled out in 2011 under President Barack Obama. Joining Forces was led by then-first lady Michelle Obama and Jill Biden when Joe Biden was vice president. Under former President Donald Trump, the White House’s web page for the initiative was taken down and archived.

In her remarks, Biden also recognized several of the wives individually — one who’s working to adopt two foster children while her husband is in Afghanistan and another who runs a Facebook support group for thousands of military spouses.

Following her speech, the first lady made rounds of the tables to speak with dozens of military spouses who came to the event. Several spouses spoke with Biden about their troubles finding affordable child care and building relationships with a mobile lifestyle.

“The relationships I find and the stories I hear always stay with me because really this community is unlike any other,” Biden said. “It’s bound together by love, love for our country, love for our service members and love for our communities that you all build together.”

There are more than 1.3 million active-duty service members, 52% of whom are married, according to the U.S. Census Bureau. And 642,000 children under 18 are living in those households.

So long, snow days: NYC students to learn remotely instead of canceling class for severe weather

Joining Forces aims to create flexible, transferable and remote job opportunities for military spouses due to the frequent travel lifestyle of active-duty families. According to the Department of Defense’s 2019 Active-Duty Spouses Survey, the military spouse unemployment rate was nearly 22%.

A White House statement about the initiative says there are an estimated 2 million children in families with active-duty service members, reservists or veterans. Joining Forces aims to create programs to support military children’s education and “help ease the burdens created by the highly mobile military lifestyle.”

The first lady named Rory Brosius as Joining Force’s executive director. She had previously served as the program’s deputy director under Obama.

Jill Biden’s father, Donald Jacobs, was a Navy signalman in World War II who went to college on the GI Bill. Her late son, Beau, who died of brain cancer in 2015 at 46, served in the Delaware Army National Guard, including a year in Iraq.

Biden’s other causes are education and cancer research. She is a longtime English professor at community colleges.

Her appearance came a day after Biden visited a school and vaccination clinic in Utah. She started Thursday in Las Vegas, where she visited an elementary school to surprise a teacher who was named the 2021 National Teacher of the Year.