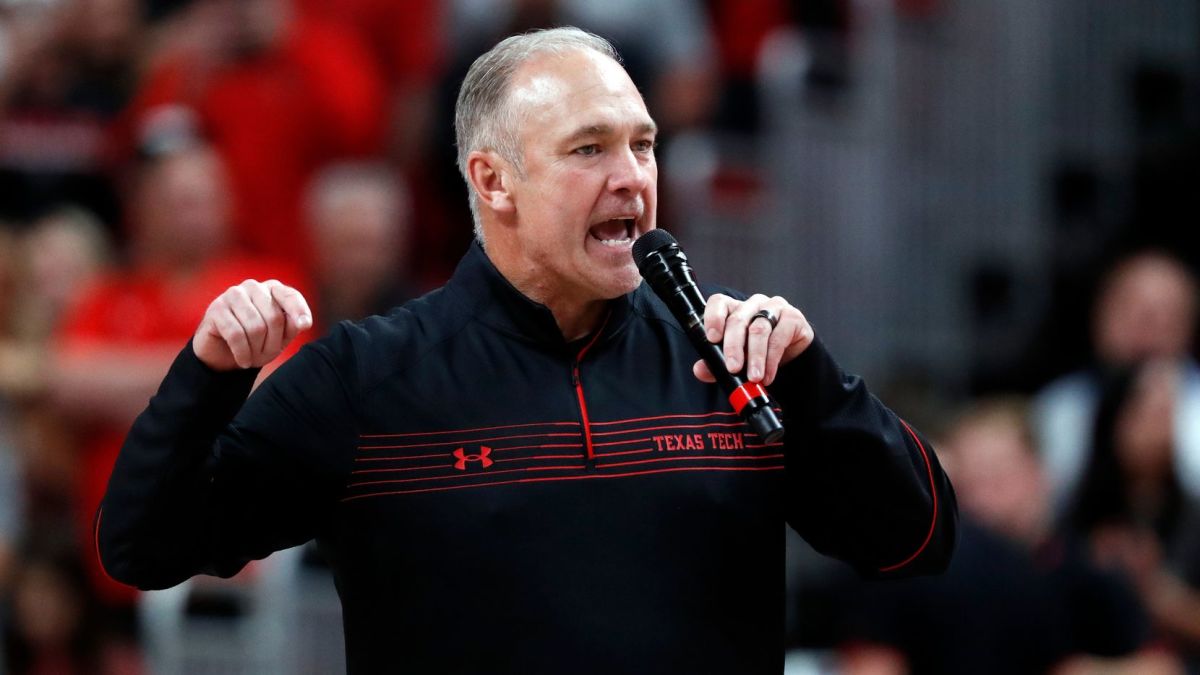 New Texas Tech coach Joey McGurie is at his best when standing on the sidelines come college football gamedays. Sitting up in the press box watching from a far doesn’t really fit his mantra.

Last season while at Baylor, second-year coach Dave Aranda asked McGuire would be content moving to the coaches’ box to give the Bears a better set of eyes up top. As a “yes man,” McGuire obliged the request.

Naturally, he felt out of his element.

“I was like a caged animal up there,” McGurie said Monday. “I actually threw my headset and (quarterbacks coach) Shawn Bell goes, ‘I don’t know if I’ve ever seen anybody throw their headset in the press box.’ Something like that, it was tough.”

As Texas Tech opens the season against Murray State, McGuire is back where he belongs — the sidelines. He’s back in the saddle as a head coach and play-caller.

And he’s back leading a program for the first time since 2017 when he elected to leave Cedar Hill High School in Dallas to join Matt Rhule’s staff in Waco.

“I really do believe God put me on this earth to do that, and so I’m really excited to give that pre-game speech and lead those guys down the tunnel,” McGuire said. “It’s going to be incredible.”

What are the expectations for McGuire for his first year in Lubbock? Hopefully similar to 2021. The Red Raiders are coming off a 7-6 season, capped off with a Liberty Bowl victory over Mississippi State.

McGuire is looking to build off that success rather than hit the reset button with a new staff. Players such as quarterbacks Tyler Shough and Donovan Smith elected to return when they could’ve entered the transfer portal. The same goes for senior cornerback Dadrion Taylor-Demerson, who led the Red Raiders in interceptions (3) and pass deflections (10).

The pieces are in place, but can the Red Raiders be consistent enough to close out games?

Tech will have a chance to prove if last season’s late surge was the start of something promising. The Red Raiders will face No. 24 Houston in Week 2 at home. In Week 3, Tech travels to Carter-Finley Stadium in Raleigh to face No. 13 North Carolina State.

Don’t think for a second McGuire is looking past Murray State just because of future opponents. Depsite finishing 6-5 last season, the Racers proved they could handle top-tier competition when going toe-to-toe against Cincinnati in Week 2.

At halftime, the Bearcats and Racers were tied at 7 apiece. One team would go on to finish .500 in the Ohio Valley Conference. The other would finish the year undefeated, eventually becoming the first Group of Five program to make the College Football Playoffs.

McGuire knows what the Racers are capble of. And while he’s excited to make his head coaching debut, he understands that he’ll have to set the tone early.

If not, Murray State could be off to the races by the end of the first quarter.

“They’re not going to come in here and be intimidated by us,” McGuire said. “We’re going to have to do a great job of being the best team at 7 p.m. in that stadium.”