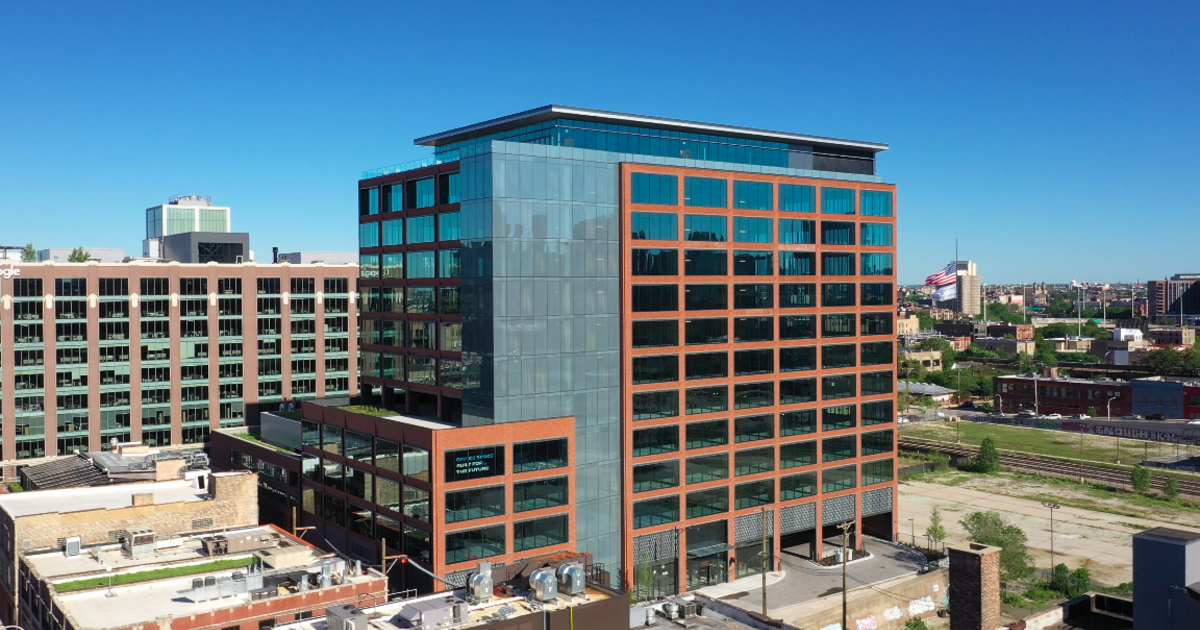 Fioretta will be on the first floor of 320 N. Sangamon St., a 13-story building co-developed by New York-based Tishman Speyer and Chicago real estate investor Mark Goodman. Since it opened last year, the building has become a magnet for companies relocating to the former meatpacking neighborhood, including private-equity firm Valor Equity Partners and restaurant technology company Tock.

The restaurant will be the first in Chicago for the Voltaggio brothers—Bryan lives in D.C. and Michael lives in Los Angeles. The two plan to create a menu that blends experiences at an Italian American restaurant with those at a steakhouse. The challenge with opening such a restaurant is putting a new twist on something that’s been done many times while still keeping it familiar, Michael Voltaggio said.

“Steakhouses are very much meat and side dishes, then you have your starters. We were trying to think of ways to enhance that experience,” he said. “We had this question: What if the side dishes could be family-style pastas, house-extruded and handmade pastas? You could have both experiences in one location, but also without leaving anyone out.”

The appetizer section could feature antipasti dishes, for example, he said. “We’ve sort of grown up eating like this our entire lives, but we never really conceptually put this together.”

Stoioff said he and his business partner, David Rekhson, have wanted to open a 1950s-era Italian steakhouse “for a very, very long time, but we just didn’t have the right area, the right space and the right moment to do it.” This Sangamon space, which is just across the alley from popular year-old Italian Croatian restaurant Rose Mary, is perfect, he said.

The Fulton Market District has bucked commercial real estate trends over the past year, drawing tenants even as the pandemic decimated demand and sent downtown office vacancy toward an all-time high. The joint venture of Tishman Speyer and Goodman completed the Sangamon Street property without any tenants signed, and has nearly filled the building.

That atmosphere creates a healthy stream of business diners and neighborhood residents as customers for restaurants in the neighborhood, Rekhson said. DineAmic is betting that mixture could prove to be a good cushion for a steakhouse.

COVID-19 hit steakhouses much harder than other sit-down restaurants. Nearly one-third of the city’s steakhouses closed in the two years following the pandemic’s onset. That’s about twice the failure rate for full-service restaurants specializing in other cuisines. Among the reasons: Out-of-town business diners and their corporate credit cards were slow to return, as were celebratory meals that bring large groups to restaurants and downtown lunch crowds.

But Prime and Provisions is rebounding well, what with backlogged events and pent-up demand, Rekhson said. That, coupled with the full offices and social draw of Fulton Market, makes him confident in Fioretta’s future.

“I’d be lying if I said we weren’t nervous opening any project after the last couple of years, but we’re pretty optimistic,” he said.

Coupling steaks with Italian food removes some of the risk, too, said David Henkes, senior principal at market research firm Technomic. Italian restaurants have fared well in recent years. Pasta travels better than steaks, and all the people ordering to-go during the pandemic noticed. Plus, margins are higher for a pasta dish than steak, which has seen prices soar because of inflation and supply chain issues.

“The challenge currently, as we’re seeing with everything else right now, is margin and profitability. Even when you’re charging $50, $60 a steak, you’re not getting the margins that you were two years ago,” he said. “Pasta probably helps with that.”