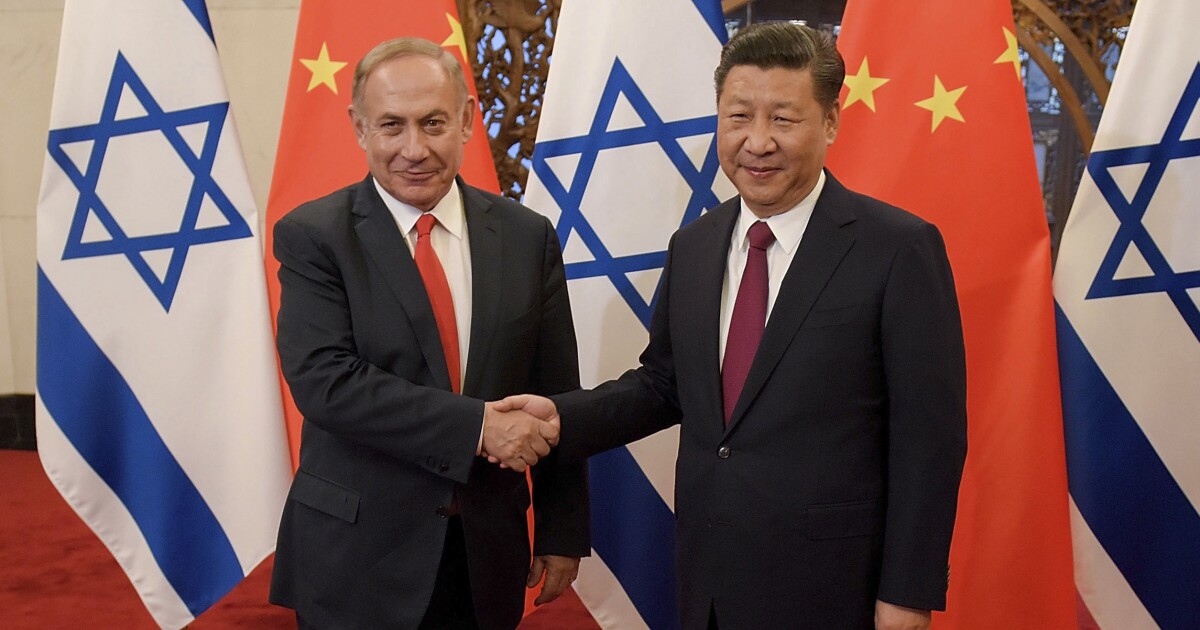 President Joe Biden should congratulate Benjamin Netanyahu on his looming start of a historic sixth term as Israel’s prime minister. Netanyahu’s success testifies to his skill as a politician and the trust he has earned from his people. Nevertheless, the White House and Congress should also send Netanyahu’s new government a unified message: The marriage must end.

Israel must listen to exigent U.S. national security concerns and abandon its commitment to a Sino-Israeli “marriage made in heaven.”

‘BIG ONE IS COMING’: CHILLING WARNING ABOUT US MILITARY’S LACK OF PREPAREDNESS FROM TOP OFFICIAL

Netanyahu used those exact words back in 2017 to describe his aspirations for Beijing and Jerusalem’s future relationship. While tensions between President Donald Trump’s administration and Chinese leader Xi Jinping’s government had not yet reached their apex, they were already evident and significant. Netanyahu should have recognized as much. Instead, what followed was highly problematic for U.S. security interests and broader international democratic security.

Now, the stark disagreements between Beijing and Washington are apparent in nearly every facet of economic, political, and military affairs. The U.S. military anticipates a conflict with China over Taiwan in the 2023-2027 window. In turn, America’s closest Middle Eastern ally must be clear about where it stands. Israel’s high-tech and critical infrastructure engagement with China must now end.

If not, Israel risks providing China with the means of defeating the United States in a war, or even if China were to lose such a war, indirectly assisting the People’s Liberation Army in killing American service personnel. No close American ally should be willing to tolerate such a risk. This is why the U.S. government persuaded Britain to cancel the planned sale of a semiconductor chip facility. It is for that same reason that the U.S. government is deeply concerned about Germany’s flirtations with Beijing and its looming sale to a Chinese company of a major chip facility.

It was not until May 2020, when then-Secretary of State Mike Pompeo expressed urgent U.S. concern over Israel’s tech cooperation with China, that Netanyahu even began heeding America’s message on this question. True, the former special forces officer’s deep concern with the Biden administration’s Iran policy is understandable. Facing the prospect of a nuclear-armed Iran and thus the dangling sword of a second Holocaust, Netanyahu has cause to judge his closest ally with some skepticism.

America, however, remains Israel’s closest and most dedicated ally.

It also bears noting that China is not Russia. China does not carry vast influence over the Syrian government or over who and what crosses Syrian territory. Needing to monitor and counter the Iranian terrorists and missiles that flow across Syria to its northern border, Israel has good reason to maintain influence with Russia, even if such influence comes at the cost of avoiding arms transfers to Ukraine. But Israel has no need to maintain Xi’s favor in the way that it must with Russian President Vladimir Putin. Only trade can justify that choice. And trade with China cannot come before American national security.

Biden and members of Congress from both parties must thus implore Israel to take a far more cautious stance toward its tech-trade engagement with China. Failing that, the U.S. should be prepared to introduce restrictions on Israeli entities whose activities plainly undermine U.S. national security.