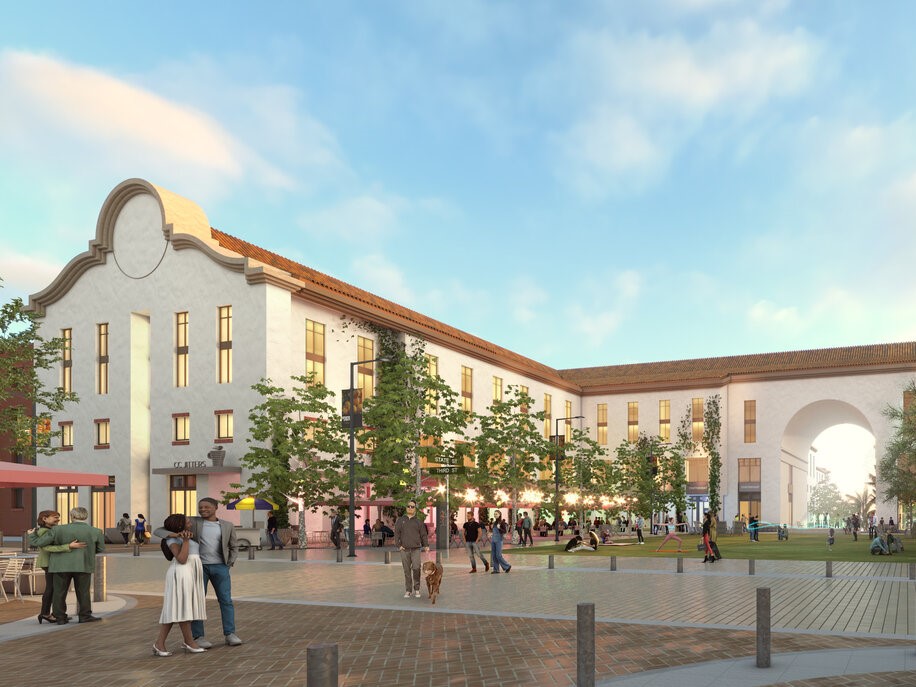 Developers Village Partners Investments and The Bascom Group have received the final approval for their State Street Village mixed-use development in Redlands, Calif. The 12.2-acre downtown project represents the redevelopment of the former Redlands Mall site. Groundbreaking is set for the second part of 2023.

Situated in the heart of the city, the property offers easy access to Interstate 10 and the University of Redlands. Before the construction of the Redlands Mall in the 1970s, the site housed a pedestrian-oriented neighborhood. State Street Village will bring back the historical street grid to the site, promoting walkability and paying homage to downtown Redland’s past, Don Henry, CEO & president of Village Partners, said in prepared remarks.

The project comes as a response to the city’s growing need for high-quality housing and retail services. By the end of 2021, the average occupancy rate in stabilized assets within the Inland Empire market reached 97.9 percent—one of the highest in the nation, according to a Yardi Matrix report.

San Bernardino and Riverside counties have seen limited construction activity within the past 10 years and demand for new supply remains high. As the average asking rent in January hit $2,024, the region is still the most affordable major market in Southern California.