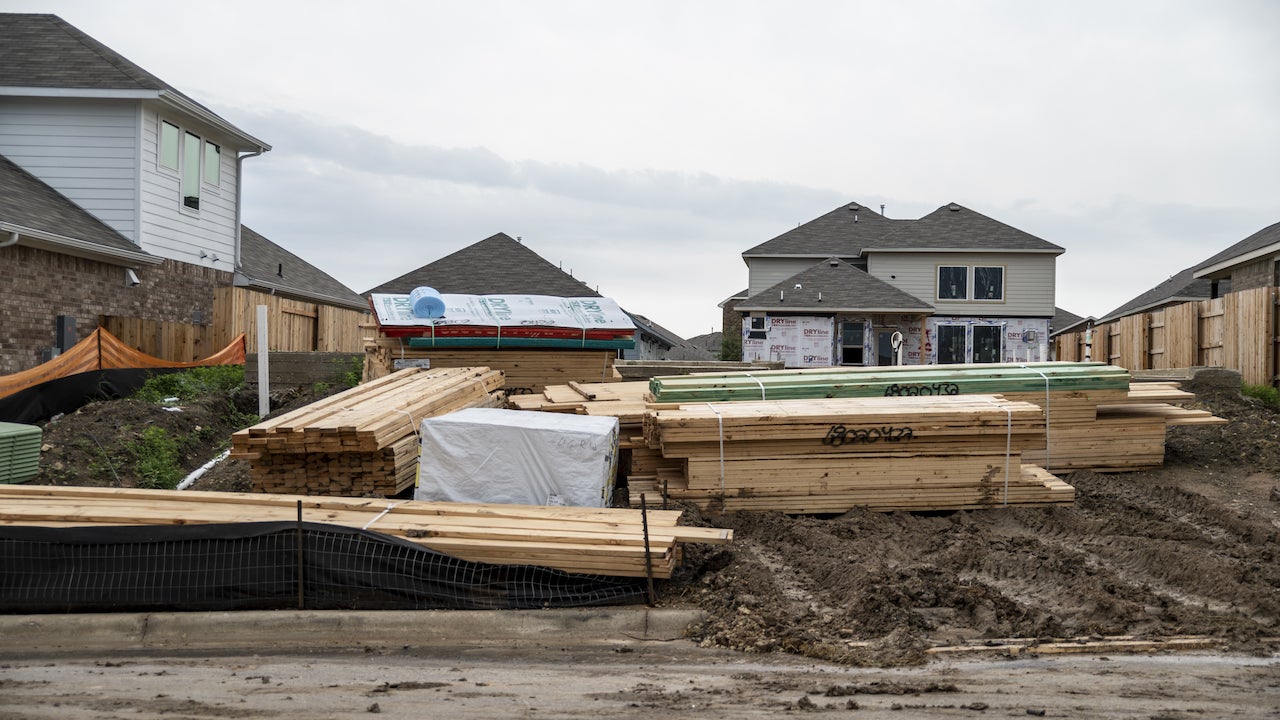 During the past four decades, through protracted wars, hard-fought elections and economic booms and busts, American consumers could count on this constant: The rate of inflation remained below the average rate of a 30-year mortgage.

That changed last month. The pace of inflation in the United States jumped to 4.2 percent, according to the U.S. Bureau of Labor Statistics. The typical 30-year mortgage, on the other hand, costs a bit more than 3 percent.

That marked the first time since August 1980 that American inflation was running hotter than mortgage rates. That summer was the pit of the stagflation era, and it came just before the Federal Reserve embarked on an aggressive strategy to tame runaway inflation — a measure that neared a crippling 15 percent federal funds rate during the last gasp of the Jimmy Carter administration.

While the rate of inflation doesn’t determine mortgage rates, the two metrics are correlated. And it’s not hard to imagine that a sustained spike in consumer prices would be accompanied by a rise in mortgage rates, which reached record lows in January.

What, if anything, does this turnabout mean for mortgage borrowers? The answer isn’t clear yet, but many housing economists say the jump in inflation looks not like a long-term threat but a normal correction following last year’s sharp decline in spending.

“I’m not worried about any implications of the 30-year being lower than inflation for a couple of reasons,” says Ralph McLaughlin, chief economist at Haus.com. “First, it is not that unusual to have the 30-year mortgage rate and inflation rate approximate one another coming out of a recession, and second, inflation looks quite high because of the severe deflation we had at this time last year.”

How the inflation picture affects mortgage rates also depends in part on whether consumer prices continue to rise sharply.

“The Federal Reserve believes the surge in prices is temporary and that price increases will calm as supply catches up with demand,” says Lynn Reaser, chief economist at Point Loma Nazarene University. “The bond market’s relatively moderate response indicates that it largely believes this view, which has affected markets linked to long-term bonds, such as mortgages.”

That explains why mortgage rates made no sharp moves upward after the federal government announced the highest pace of inflation in years.

Greg McBride, Bankrate’s chief financial analyst, takes the rise in inflation in stride. By comparing prices amid this spring’s recovery to those during last spring’s slump, the consumer price index looks — ahem — inflated.

“The year-over-year inflation rate was boosted by the so-called base effect – the fact that price levels actually fell one year ago distorts the comparison against year-ago levels,” McBride says. “This phenomenon may persist for two to three months given the declining year-ago price levels and surge in economic activity now. But it’s more of an anomaly than a sustainable condition.”

However, there are warning signs that prices could continue to rise. In the U.S. and around the globe, massive government stimulus pumped money into the pockets of consumers. Meanwhile, prices of homes and stocks have soared, making affluent consumers richer. And the costs of such raw materials as lumber and steel have spiked, too.

“If price increases do not start to moderate during the next several months, mortgage rates could step significantly higher,” Reaser says.

There’s no clear consensus on the inflation outlook. Janet Yellen, the former head of the Fed and current Treasury secretary, recently warned that the U.S. economy could overheat. Current Fed Chairman Jerome Powell isn’t as worried.

Neither is Todd Metcalfe, an economist at Moody’s Analytics. “While we expect inflation to be elevated compared to recent history we do expect it to drop below 3 percent this year and to continue dropping before settling in closer to 2 percent in the next couple of years,” he said.

Homebuyers, meanwhile, could be forgiven for pointing out that the official inflation rate doesn’t quite capture the challenges they’re facing. The median price of home resales soared a record 17 percent from March 2020 to March 2021, according to the National Association of Realtors — but home prices aren’t directly reflected in the consumer price index.

“When home prices are bounding higher and rents are increasing at a relatively more subdued pace, one could argue that inflation is understated,” McBride says.

Inflation hasn’t menaced the U.S. economy for decades. The last time rising prices posed a threat was 1991, when the rate reached 4.2 percent. Since then, inflation has averaged just 2.3 percent, according to World Bank data. That number is roughly in line with the Federal Reserve’s inflation target of 2 percent.

The massive stimulus of the Great Recession brought predictions that inflation ultimately would return, but those fears proved unfounded. Despite a spasm of spending by the world’s largest economies, inflation remained in check.

If anything, the U.S. government’s cash machine has been running even harder during coronavirus pandemic. Former President Donald Trump and current President Joe Biden both signed stimulus packages, and the Fed has been propping up the mortgage market.

All that money will wash through the real estate market in the coming years. Real estate is generally seen as a hedge against inflation, so home values would be likely to hold up in an era of higher prices.

Even if inflation doesn’t turn into a long-term problem, its recent return signals that mortgage rates are likely to keep climbing.

“If inflation is sustained at a higher level, ultimately mortgage rates will move higher as well,” McBride says.

For homeowners, the message is clear: It’s unlikely that you’ll find a better deal on a refinancing in the future. “The big takeaway right now for consumers,” McLaughlin says, “is refinance your mortgage if you haven’t already.”